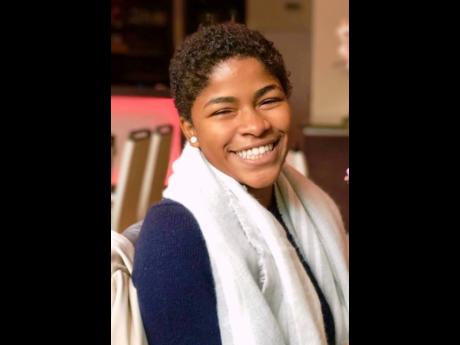 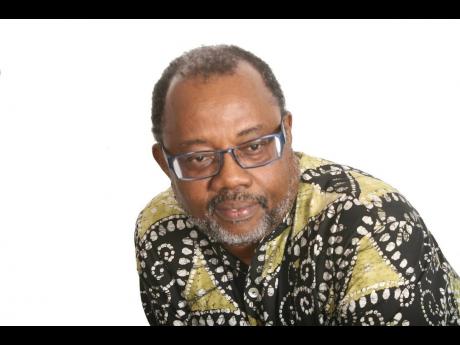 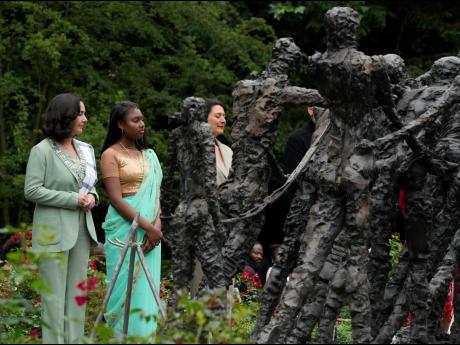 AP
Mayor Femke Halsema (left) lays a wreath at the National Slavery Monument after apologising for the involvement of the city’s rulers in the slave trade during a nationally televised annual ceremony in Amsterdam, Netherlands, on July 1, marking the abolition of slavery in its colonies in Suriname and the Dutch Antilles on July 1, 1863.
1
2
3

In this edition of Reparation Conversations, a collaboration between The Gleaner and Centre for Reparation Research, University of the West Indies, Chair of the Antigua and Barbuda National Reparations Committee, Dorbrene O’Marde (DO), talks to Dominique Doonquah (DD) about the reparation movement in Antigua and Barbuda.

DD: What brought you to the Reparation Movement?

DO: I came out of the Black Power period of the early 1970s and so have studied and been deeply involved in movements relating to race and African pride. In 1996, I was invited by the St Lucia Emancipation Committee to deliver an Emancipation Lecture, and the preparation of that lecture solidified a number of ideas that had been floating around in my mind regarding the issue of reparations, and since that lecture, it has been non-stop for me.

DD: What are the main activities of the Antigua National Reparations Committee?

DO: As part of our mandate, we are asked to lead national celebrations in relation to important dates - Emancipation, Independence, Heroes Day, Black History Month, etc. Our largest celebration (not necessarily the most important) is Emancipation. We usually have a watch-night event that takes place on the evening of July 31, with a schedule of cultural programmes that take us into Emancipation Day on August 1. This year, for Emancipation, we are planning a historical scavenger hunt so organisations and individuals can familiarise themselves with historical sites in the country, including sites relevant to the enslavement of African people and their descendants.

DO: This year will be the first time we are trying it out. We want to catalyse other groups in society to also get involved in these commemorations. The whole idea of the historical scavenger hunt came through a bunch of young people that approached us and asked to partner with us to stage this event. So they are doing the fancy social media promotion that we are not so good at, and we are providing the historical data and site identification. We also work quite closely with one of the congregations of the Anglican Church that stages an Emancipation Day breakfast and service on August 1. Throughout the year, we are also involved in activities with secondary schools: competitions, seminars, public speaking events, etc. We have a continuous presence on various media channels. Media personnel have been very receptive to us, so it’s been easy to promote our activities and hold discussion on reparation updates that are taking place regionally and internationally. We are also in advocacy to the Prime Minister’s Office and to the Ministry of Education to deal with things like renaming of sites in the country. Those are our primary activities.

DO: I think early, maybe five years ago, we sensed a sort of resistance to the idea of reparations. It wasn’t nationwide, though, maybe resistance within certain pockets of the country; individuals who say: “when the reparations money comes you can have mine. I don’t need it.” That reaction is a failure of some people in the society to confront their own history. Some people feel diminished and ashamed by our history of enslavement and so don’t want to accept and address it. It’s understandable. There are others who still don’t have a good understanding of reparation. Many people confuse it with repatriation. It’s easier to reason with those kinds of people because they are more open-minded, and so our education efforts will be more effective. It’s difficult to say, but I think if we were to call a referendum on reparations, we would have about a 50-60 per cent positivity rate at this point.

DD: Let’s go back to what you were saying about individual people saying they don’t need or want reparations. How can we broaden people’s understanding of reparatory justice?

DO: I think we need to be continually defining what the possible outcome of this activity could be. There is still the idea of a personal cheque and lining up in front of the treasury each month. I don’t think that impression is as strong in Antigua and Barbuda today as it was a few years ago because we have insisted on the CARICOM 10-point plan as a societal rather than a personal programme. Health, education, cultural institutions, debt-relief, technology transfer, these things impact the entire society. We have a special part of the programme that addresses indigenous populations in the region, but beyond that, all the reparations benefits defined in the 10-point programme are universal. Everyone in the society will benefit.

DD: How does the Antiguan government support your work?

DO: We have good support from the government. There are some in the Cabinet who are sceptical of spending public funds to these efforts needed to support the Committee, but we have the full support and involvement of the prime minister, so we can move past that easily. We have a government-allocated office space and standing infrastructure support for telephone, Internet, etc. We do have to make some noise to get monies for other types of programming, but if we make enough noise, we do get it.

DD: How do you gauge the possibility of success?

If US or European museums returned all their stolen objects, they would be left with an empty building. So, of course, there is major resistance. But every week you hear about someone returning something. The moral and ethical pressure is powerful, and so imperial governments and institutions are forced to be reactive. We just need to keep it up. There’s that Chinese proverb about planting trees whose shade you will never sit under. I don’t know when it will happen, but it has to be done, so there is no sense in delaying the work.

DD: You’ve been in the struggle for a long time. What is your advice to the younger generation?

DO: I think the CRC and the various national reparations committees have done a good job of establishing the parameters of a reparations programme. I would advise young people to put youthful energy behind it. I am not suggesting that the concept is set in stone. I’m sure it can and will be adjusted. Fr example, there have been discussion as to whether and how gender could be incorporated into the framework. Still, I don’t think youth need to be reworking the basic concept approach, just bringing energy and creativity to get the Caribbean populations on board so that we can keep politicians and governments accountable.