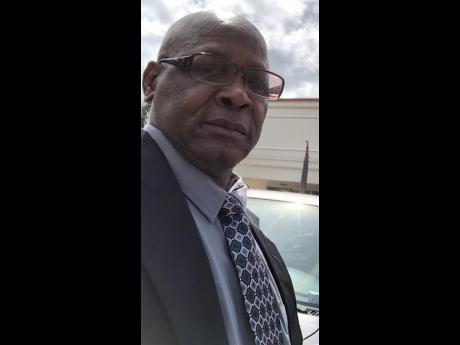 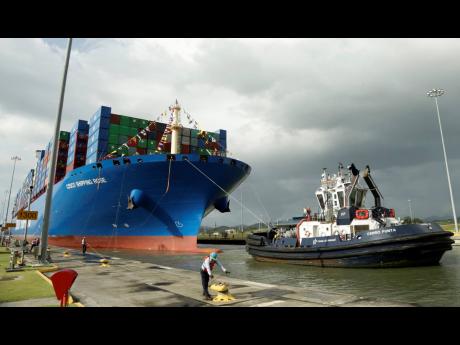 China’s expansion of its Belt and Road Initiative to build ports and other trade-related facilities across the globe has been stirring anxiety in Washington.
1
2

“China was the spiritual pillar

The days in [the South African]

President Joe Biden’s idea for a Western capitalist alternative to China’s Belt & Road Initiative is nothing but anti-China political sloganeering for primetime TV, in my opinion, without solid political economic depth.

There is also no clue as to where the money will come from to build this “Western alternative to China’s BRI”. Where is the rational thinking and the financial resources to make this vision reality?

At the recent June 6-13, 2021, meeting of the Group of Seven industrialised nations, the American president proposed a ‘Build Back Better’ international alternative to China’s US$5 trillion BRI.

Where will the funding come from?

Neither Biden nor the other leaders of the Western industrialised nations have said how this BRI alternative would be financed.

Biden can’t even get his own 2021 US$6 trillion infrastructure and budget approved by hostile Senate Republicans and Democrats, so how would he get his anti-China ‘Belt and Short Pants Initiative’ approved?

Politics and political thinking must be grounded in reality and not based upon gobsmacked pipe dreams.

This is the critical question nations and people face as they seek to overcome the brutal ravages that COVID-19 has beset on human lives, families, communities, and political and economic systems.

It would be ideal if we could wave a magic wand and get all hairy-fairy wishes accomplished.

I submit that Mr Biden’s ‘Build Back Better’ global plan – ‘Belt and Short Pants Initiative’, as I call it – has no hopes of ever coming to reality.

China is the banker of first and last resort for the whole world. So it’s like Snow White and the seven dwarfs asking the ‘wicked witch’ – China, in my analogy – to help them overcome HER own evil spells!

On the other side of this crazy fairy tale picture we have political truths … and realities.

Let’s look at some BRI facts.

BRI AND THE CARIBBEAN

China has over US$70 billion invested in six Caribbean countries, and since 2005, has spent another US$7 billion “in public investment and loans”, the US Center for Strategic and International Studies estimates.

That is not fairy tale ‘Belt and Short Pants’ pipe dream.

Why should Jamaica or any other country trust America and the Western nations to keep their word, this time, to help boost economic growth?

Meanwhile, Jamaica has got well over US$1 billion from China’s BRI to boost national infrastructure development.

Jamaican roads and other infrastructure are being modernised.

It is hard, therefore, to see this country jumping on America’s hairy-fairy plans to undermine China with no clear cut plan of what is the next step.

So, who is gonna be the first country to jump ship from China’s BRI?

Certainly not Hungary, a member of the European Union who just signed a US$1.5 billion agreement to build a new university.

Italy is another European Union member who is a member of the so-called Group of Seven. They have embraced China’s BRI and are getting massive investment.

Also, it is a fact that Canada, the UK, America, and the other Western nations are financially broke, and it is not just because of the COVID-19 economic downturn.

How then would they be able to find the proposed trillions of dollars needed to “build back better” the world economic system?

The interest payment of 77 of the poorest nations of the world, including Jamaica, was a whopping US$72 billion.

The China-Pakistan Economic corridor is a massive US$60 billion economic infrastructure development plan.

Today, China is a modern-day economic pillar sustaining the economic development of the entire global economic.

From Asia, Africa, Latin America, and the Caribbean, the Chinese economy, not international capitalism, has been the main engine promoting global economic growth.

Within one year of the onset of the COVID-19 economic crash, the Chinese economy had recovered top-tiered position in the world economy.

And what exactly did we get from the billions of International Monetary Fund (IMF) and World Bank loans again?

Nothing but more indebtedness!

High interest rates on loans have worsened the economic dependency of the poor nations.

Then there is the issue of the IMF-imposed debt burden that has worsened the lives of the middle class, poor people, and small famers, while undermining overall economic growth potentials.

• There are greater concessions.

• There are fewer political and economic strings attached.

• There is no fomenting of coup-plotting and domestic unrests to overthrow governments America and her friends dislike.

Let us not forget China’s positive role, along with Russia and Cuba, in assisting the national liberation struggles of the African, Asian, and Latin American and the Caribbean peoples in freeing themselves from Western political and economic bondage.

“China was the spiritual pillar, which help[ed] me survive the days in [the South African] Robben Island prison off Cape Town,” Nelson Mandela said.

President Mandela was a pre-eminent leader of the African Liberation struggle who said that he read Master Sun Tsu’s The Art of War and ‘Chairman Mao Zedong Collected Works while he was in prison.

China is now celebrating 100 years of the founding of the Communist Party of China, a feat recently heralded by President Xi Jinping as he announced further dynamic plans to boost the country’s economic development.

All in all, Biden’s alternative to China’s Belt and Road Initiative may well merely be a ‘Belt and Short Pants Initiative’!