Imani Tafari-Ama | Rastafari womanism as a tool of analysis 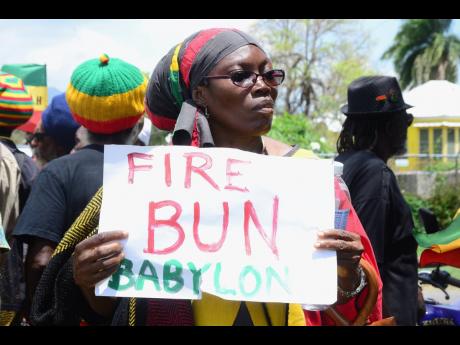 File
A Rastafari womanist perspective is compatible with the emancipatory processes without which the mental liberation to which Marcus Garvey alluded will remain elusive. 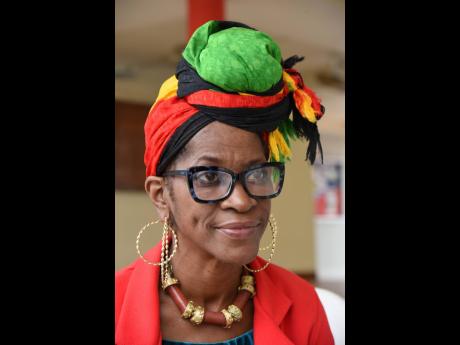 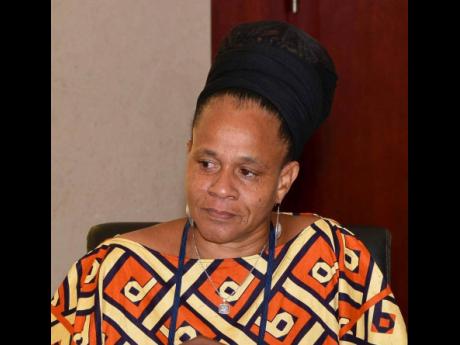 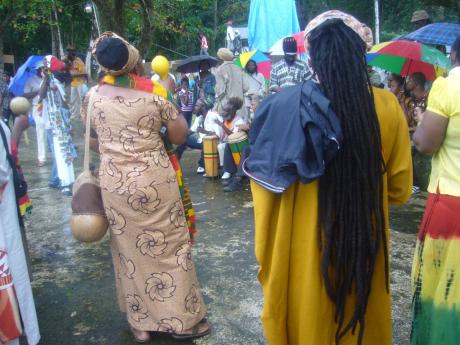 File
Rastafari idealise Empress Menen Afsaw – Queen Omega to Haile Selassie’s representation of King Alpha – for the epic role she played in the nearly four decades that the royal couple spent in office. 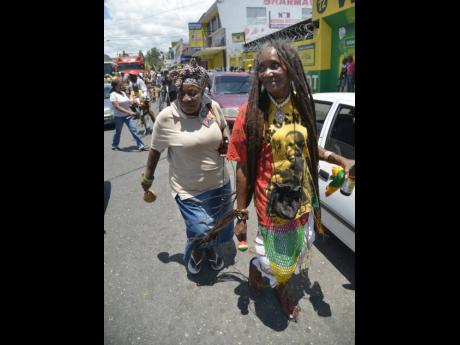 File
Pulitzer Prize winning author Alice Walker who said, “womanist is to feminist as purple is to lavender” as a symbolic way of distinguishing Black women’s advocacy for liberation and equality from the white suffragist and feminist movements.
1
2
3
4
5

I sighted up or became aware of Rastafari in my early twenties, which provided a self-identity model to counteract the negative stereotypes of African people present in the Jamaican popular culture. Embracing Rastafari resulted in a change of my appearance and also a self-re-naming as resistance to the enduring shackling of African identity to European monikers. Once on the inside of the livity or Rastafari way of life, I quickly realised that although I was resisting the mainstream unconsciousness of the society, the society was pushing back with race and class-loaded stereotypes and exclusions.

Within Rastafari, I was chagrined at the rampant patriarchy present in gender power relations, which ran counter to the simultaneous coronation of Haile Selassie I and Empress Menen Afsaw, Monarchs of Ethiopia in 1930. In an unprecedented gesture of gender equality, Empress Menen, who was royal in her own right, was crowned Queen of Queens, which has provided a platform for the promotion of a Rastafari Womanist agenda. This event was seen to be the fulfilment of not only biblical prophecy, but also of a prophecy that Marcus Garvey is alleged to have made a few years earlier, that the dispossessed Africans in the Diaspora should ‘look to Africa where a Black King will be crowned’, because this event would signal their redemption.

To address the blatant gender inequities in the livity, I initiated a participatory action research (PAR) project 32 years ago to critically examine gender relations in Rastafari, which I produced for my master’s thesis “Contradictory Gender Relations: Historical Analysis of Grass-roots Resistance in Jamaica”. In this project, I addressed the themes of ideology, sexuality, roles, and image. In the process, I demonstrated the utility of Rastafari Womanism as a tool of analysis of the contradictions inherent in relations between Rastafari brethren and sistren, which was stifling the sustainable development of the livity. In addition to written publications in the leading Rastafari readers, I also created the Gender Relations in Rastafari documentary, which is available for viewing on YouTube. This research resulted in visible changes within gendered practices in the livity, including Sister Mitzie Williams serving as head of the Millennium Council.

Rastafari idealise Empress Menen Afsaw – Queen Omega to Haile Selassie’s representation of King Alpha – for the epic role she played in the nearly four decades that the royal couple spent in office. She promoted education as a means for women to leverage leadership roles in public and private spheres for empowerment. As a governance strategy, she ensured that policy and praxis demonstrated consistent gender and development responsiveness. Idealising this exemplar, Rastafari Womanists concur with Patricia Hill Collins, who elaborates that when applying critical theory Black feminists or womanists should always be partial to promoting a social justice agenda, which “must both be tied to Black women’s lived experiences and aim to better those experiences in some fashion.”

It was Pulitzer Prize-winning author Alice Walker who said, “Womanist is to feminist as purple is to lavender” as a symbolic way of distinguishing Black women’s advocacy for liberation and equality from the white suffragist and feminist movements. Womanism therefore encompasses responses to the intersectionalities of race, class, and gender oppressions that are inscribed on the Black (especially female) body by institutions of socialisation, resulting in the taken-for=granted Jamaican proverb, which asserts that “anything too black nuh goo”. The fact that this proverb is understandable across the age spectrum, spotlights the problematic of internalisation of racism as one of the factors of oppression that acts as a barrier to gender equity. The feminism/womanism debate defines the diversity of sites of domination. This highlights the need for developing plural ways of responding to the presence of patriarchy, which produces the problematic power conflicts that mar social relations not only in Rastafari, but globally.

Womanists suggest that Black women’s experiences must be examined to determine the sites of their oppression. These experiences should also inform the strategies of resistance that they craft to remain capable of playing their everyday roles. In order to navigate the minefield of differences that prevent one from generalising about what constitutes women’s realities, it is also important to address the socially prescribed assumptions that Sojourner Truth was talking about in her epic “Ain’t I a Woman” speech in which she explained that the struggle for gender equality was very different for Black women than it was for white women. This was because their embodiment and location at the intersection of identity contradictions drew a battle line in the sand between women of privilege and those who did not benefit from advantages accorded by upper-class status. Sojourner Truth also provided a road map for addressing the value-loaded terms lady and woman. She demonstrated that her choice to be a woman was also influenced by the class/race-specific notions of white supremacy invested in the lady construction, which was designed to set the European woman on a pedestal while denigrating Black women.

By appropriating the pejorative designation of woman and creating the concept of womanism, Black scholars and activists have imbued womanism with the depth of meanings connoted by Alice Walker’s purpling procedure. Conceptualising their experiences as knowledge (epistemology) and providing safe spaces to say what they know, women of colour have exercised agency and power over the meanings (ontology) to be ascribed to their own lives and representations.

A Rastafari womanist perspective is, therefore, compatible with the emancipatory processes without which the mental liberation to which Marcus Garvey alluded will remain elusive. With this critical compass, on the other hand, it is possible to leverage indigenous knowledges for reinstating the epistemic authority of those whose knowledge has been discarded and undervalued for too long.

- Dr Imani Tafari-Ama is a research fellow at The Institute for Gender and Development Studies, Regional Coordinating Office (IGDS-RCO), at The University of the West Indies. She is the author of ‘Blood, Bullets and Bodies: Sexual Politics Below Jamaica’s Poverty Line’ and ‘Up for Air: This Half Has Never Been Told’, a historical novel on the Tivoli Gardens incursion. Send feedback to imani.tafariama@uwimona.edu.jm.