Wesley Morris | What the PNP should do now! 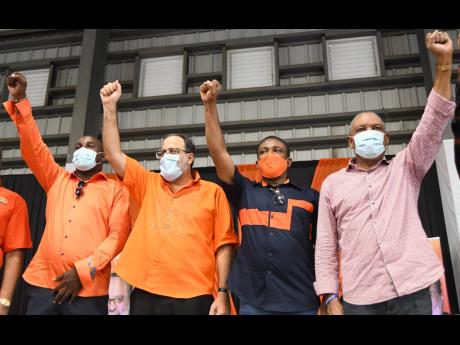 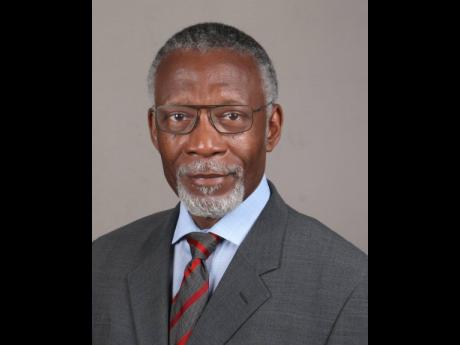 The year 2020 will be remembered as one where a bad situation for many of our fellow Jamaicans got even worse than they had ever imagined and challenging for them even to think of how to address their needs for food, clothes, shelter, medicine, etc. Where is the hope that the future will be better for them and their loved ones? This is unacceptable. There may have been an opportunity in this crisis if we had a leadership of the People’s National Party (PNP) that acted as one, listened to the people’s cries, and was imaginative and creative in bringing back hope to the lives of our people. We need a new set of leaders to stand up as leaders, to stand up to the old brigade, which has begun with the en bloc resignations of the four vice-presidents.

The three great issues of unemployment/under-employment, lack of foreign exchange earnings, and poor social provisions coupled with a spiralling crime rate, which negatively affects Jamaica’s GDP, and the well-being of our people were made worse by the COVID-19 pandemic, with real GDP for 2020 falling by 10.2 per cent and unemployment at 10.2 per cent. Nothing short of the creation of a modern economy with strong links to global companies will help us to address these issues. We need to change the structure of our economy.

Added to the problems Jamaicans continue to face was the devastating defeat of the PNP at the polls on September 3 last year, which meant that the political party with the mandate to improve the lives of the Jamaican people was out of power and the Jamaica Labour Party (JLP) would rule without a strong Opposition.

The JLP has let Jamaicans down badly. They promised to grow the economy and failed to deliver. They promised to get rid of crime and failed to deliver. Even supporters of the JLP must be feeling disappointed and let down as the JLP stumbles from one corruption to another despite Andrew Holness’s promise not to tolerate corruption. Do they know how to govern since the task of government is to bring about a better Jamaica for all its people? A revived PNP needs to reach out to former JLP voters.

The PNP needs a bold and transformational leadership (of the calibre of Michael Manley or Lee Kuan Yew, who guided the transformation of Singapore) engaged in working together with the party and the people in creating solutions for the Jamaican people. We need a coherent message to bring the country into the 21st century and at the same time to hold our leadership to the highest level of integrity and be seen to do this.

We can work together to move the country forward with a new energised and engaged leadership, a leadership with a vision and responsive to the needs of the people and the future of Jamaica. If nothing is done, the PNP could be out of power for a considerable – perhaps for an endless – time to come. That would be a catastrophe for Jamaica.

The devastating defeat of the PNP in the September 3 general election has left a lot of our Comrades feeling hurt, sad, angry, depressed, and disillusioned. These are natural feelings when we are grieving over lost opportunities, bleak prospects for the future, and over having to live with another term of the corrupt JLP administration that has no interest in easing the burden on the Jamaican people. I understand the pain that people who wanted a PNP victory in the elections are feeling, and our situation makes all of us sad. Last year, I predicted that regardless of who had won the PNP leadership, if the PNP didn’t come up with some new and vibrant policies, it would lose badly. It did.

The en bloc resignation of four vice-presidents of the PNP, one of whom was also the chairman of the party, is a response to the will of the Jamaican people. I applaud their action and look forward to working with them. New vice-presidents cannot be appointed by the present. Anyone who accepts such an appointment by the party leader is acting against the will and interest of the people. Clearly, the party leader is struggling and looking for some weak people to take these positions.

Members of the JLP have levelled several criticisms against the People’s National Party’s leadership that contested the general election on September 3, 2020. These include the following:

• No clear direction for the party.

• No credible set of policies, programmes, or a credible platform.

• The PNP was arrogant, out of touch with the electorate and took it for granted.

• The residual divisions that existed prior to and continue to fester after the contentious leadership contest of September 2019.

Given the extent of the landslide in favour of the JLP, it is difficult to argue with such JLP critics about the drawbacks of the leadership from which the vice-presidents and chairman have resigned.

Norman Manley said the job of the generation that follows his was “the use of your political power of tackling the job of reconstructing the social and economic society and life of Jamaica”. In the same speech, he also said of the task, “This can only be born of an understanding of the country today and what it thinks and what it feels”. We need to move quickly and form a committee to save the party. I would like to ask all those who are willing to work together to save the PNP and bring about a better Jamaica to contact me so that we can work to fulfil Norman Manley’s vision. We cannot allow this moment to pass.

- Wesley Morris is a long-time member of the PNP. He was invited to chair the Ethics and Governance Committee as part of a programme seeking to transform the party. Send feedback to wesmorrisja20@gmail.com.