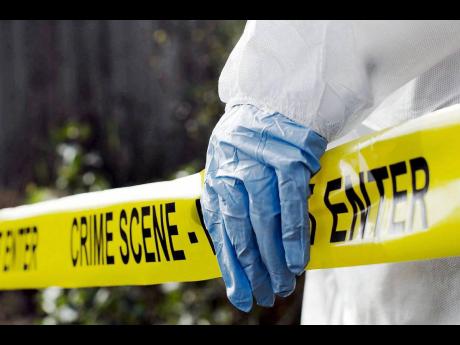 Contributed
To address the issue of crime, long term investments providing alternative livelihoods for Jamaicans should be introduced. This must also go with tailoring social interventions to specific communities. 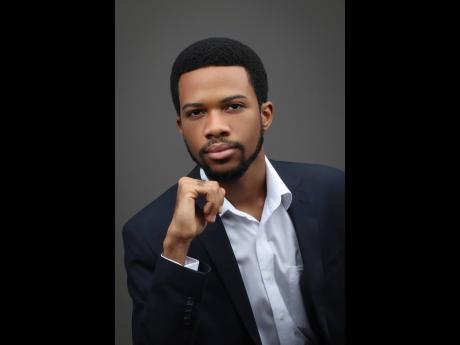 After 59 years of independence, Jamaica has much to be proud of. However, there are some hard truths that we must confront in order to move this nation forward.

TRUTH ONE: RENEW EDUCATION AND HEALTHCARE

Jamaica’s education and healthcare systems must be overhauled if we are going to meet the needs of the 21st century. For a nation to succeed, it must have educated and healthy citizens that possess the knowledge, values and skills to propel the nation forward. Jamaica has stumbled in this regard.

During the current fiscal year, $114 billion or approximately six per cent of the country’s gross domestic product (GDP) is invested in education. This augurs well for Jamaica, as the country spends more on education, as a percentage of GDP, than other middle-income nations which spend on average four per cent.

While this allocation is noteworthy on paper, the performance of the education system is not. According to the 2018 Survey of Living Conditions, 65 per cent of Jamaicans between the ages of 25 and 54 have no examination passes. Yet, one of the nation’s premier tertiary institutions, The University of the West Indies, is on the ropes partly because of budgetary cuts since 2008. Thus, providing support to tertiary education is essential.

Additionally, early childhood development continues to receive less than four per cent of the national education budget. Of the 2,662 early childhood institutions, only 279 meet the 12 standards outlined by the Early Childhood Commission. Nearly three in five of these institutions do not meet even half of these standards. This means that most children are not receiving the best quality education that can be offered.

This issue is even more dire when examining the healthcare system. The Vision for Health 2030 – Ten-year Strategic Plan, published in 2019, revealed that, locally, the public expenditure in health represented 3.47 per cent of GDP, when international best practices would suggest that 6 per cent of GDP is ideal.

While the COVID-19 pandemic has led to an increase in healthcare expenditure, the fact that doctors were at risk of being unemployed indicates that we have a far way to go. Imagine doctors being unemployed in a pandemic. That would be like soldiers being discharged during battle. The incredulity of this scenario should not be lost on anyone.

With an ageing population and a high prevalence of non-communicable diseases, a vigorous healthcare system is needed to tackle these issues. Therefore, the first hard truth to ponder is what steps will be taken to ensure that Jamaica invests in its social services to meet the needs of its citizens.

TRUTH TWO: TOURISM IS NOT THE ANSWER

Jamaica needs to prioritise the growth of new and existing industries to promote meaningful development. The Achilles heel of the Jamaican economy is its dependence on industries like the tourism sector and the poor linkages that exist within the economy. Tourism Minister Edmund Bartlett revealed in 2019 that only 40.8 cents out of every tourist dollar remains in Jamaica. This represented an improvement as, previously, Jamaica only retained 30 cents!

Clearly, Jamaica is not going to become a developed nation by entertaining visitors. The 2018 Jamaica Survey of Establishments also revealed that 35.6 per cent of all businesses were wholesale and retail trade and repair of motor vehicles and motorcycles. The next highest group was accommodation and food services, which represented 11.4 per cent.

Industries historically prioritised, such as tourism and the retail sector, will not provide Jamaica with sufficient economic footing to stand during difficult circumstances. We cannot buy and sell our way to prosperity.

Pursuing manufacturing and innovation-based enterprises is the alternative. This can be achieved by teaching students skills and establishing linkages between industries and training institutions. The Government has already started on the right footing to train coders. Initiatives like these should be expanded.

On a whole, entrepreneurship must be encouraged as this avenue provides an alternative livelihood for Jamaicans. At present, the International Labour Organization estimates that the informal economy represents 40 per cent of economic activity in Jamaica. Formalising these enterprises and encouraging their expansion is necessary.

Furthermore, the Jamaican economy can be reorientated around certain strategic industries. For example, the country can produce pharmaceutical products as extensive research has shown that local plants possess significant medicinal properties.

Investing in research and development is needed to encourage the growth of these industries. German Chancellor Angela Merkel once stated that the secret to her nation’s success is that, “We still make things.” We must now ask ourselves, what do we make in Jamaica?

TRUTH THREE: FOOD SECURITY MUST BE A PRIORITY

The COVID-19 pandemic has highlighted that it is essential for the country to be able to feed itself. While Jamaica does not reasonably possess the ability to satisfy all of its needs, there are several products that Jamaica can grow to reduce its food import bill.

Dr Donovan Stanberry wrote an extensive article series in 2020 that examined the areas in which Jamaica can enjoy self-sufficiency. These sectors included growing local fruits and vegetables like Irish potato. He stated, “What we desperately need is greater value-added activities and a more developed distribution chain across the island.” To achieve these objectives, a thriving manufacturing sector is essential.

This must be accompanied by training farmers and pursuing research and development. Therefore, it is possible for Jamaica to meet some of its demands by encouraging economic linkages across sectors.

TRUTH FOUR: CRIME WILL NOT BE SOLVED OVERNIGHT

To address the issue of crime, long-term investments providing alternative livelihoods for Jamaicans should be introduced. This must also go with tailoring social interventions to specific communities.

The Zones of Special Operations represent this nuanced approach. However, starting the initiative is easy. Long-term monitoring is what Jamaica has a problem with. Yet, that is what is needed to address the snarl of crime.

Researchers Edward Glaeser, Rafael La Porta, Florences Lopes-De-Silanes and Andrei Shleifer identified in their 2004 publication that “educational investment a century ago is a strong predictor of the level of economic development today”. The challenges Jamaica faces today with crime have been heavily influenced by factors that have occurred during the period shortly after the nation’s genesis.

A clear vision of what we want the country to look like over the next 50 years is necessary to overcome incoming hurdles. As Jamaica celebrates its independence this week, let us examine the areas crucial to national development. This is needed as Jamaica enters its 60th year as an independent nation in 2022.

- David Salmon is a public policy and management student at the University of the West Indies and a commissioner of the Early Childhood Commission. Send feedback to davidsalmon@live.com or Twitter @DavidSalmonJA.