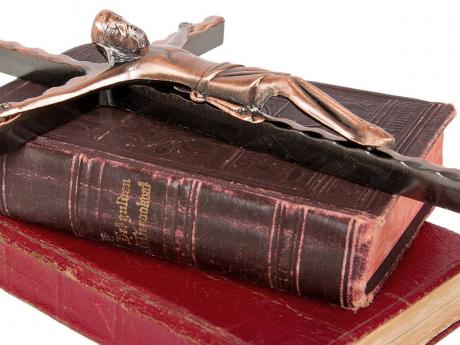 Contributed
The goal of togetherness is similar to practices of mercy in the Bible which speaks to the faithfulness of God and a plan of salvation or freedom for all people. 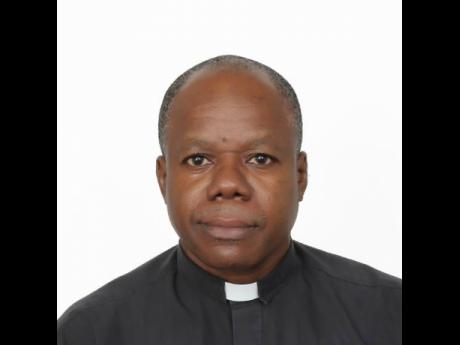 Stories, poetry, and various methods of communicating messages, along with principles and morals, represent ways in which Jews described in the Bible talk about the history of God and ways in which their relationship with the divine evolved over time. Stories reflect the character of the people and help to shape their memory of enslavement in Egypt, as well as their liberation into the new life of freedom.

Stories of emancipation or freedom in Jamaica, often recorded in songs and poetry, revolve around our national heroine Nanny of the Maroons, famous for the story of catching bullets in her rear, and Sam Sharpe who led the resistance movement in December 1831. There are stories of George William Gordon who extolled the view that power must not be divorced from morality and Paul Bogle, the advocate for land for the landless. These stories contain images of people who viewed religious experience or divine human interaction as integral to practices of resistance. As a religious practice, resistance to enslavement and colonialism is rooted in the life of Jesus of Nazareth (Lk 4) and is reflected in the martyrs who embraced freedom in Christ, love for people and hatred of injustices.

Emancipation and religion in Jamaica are characterised by resistance to oppression and accompanied by hospitality towards and solidarity with those who suffer and live in abject poverty. The ethos of this resistance is advocacy for persons, systems and structures which make human life worth living and taking a stand against those which dehumanise people for the sake of wealth and possessions. Brave men and woman of our past, along with countless others, led the fight for freedom by their words and example. The well-known words of Sam Sharp “I would rather die on yonder gallows than live in slavery” is a clarion call which put the needs of others above and beyond self. Indeed, solidarity with the poor and all those on the quest for freedom is a means of ensuring that those who come behind practise love and mercy by living in the freedom God intends for both living and non-living things.

Stories of the exploits of heroes and heroines of the past are reminders of the call to serve in ways that bring the nation and communities together. This goal of togetherness is similar to practices of mercy in the Bible which speak to the faithfulness of God and a plan of salvation or freedom for all people. This freedom is an ethical and moral imperative which aspires to bring people together in search of common solutions. At the time of enslavement, the quest was for freedom. Since emancipation, the goal was political and economic independence. Political independence has been achieved after much sacrifice. What of economic independence?

Economic independence is about household or managing a family. Think of Jamaica as a family. Economic independence, largely focused on empowering women to value self and gain access to financial and other resources, is about how to manage and ensure each member of the family or household lives well in the present and the future. It is here that ethics or right and wrong and morals describing good and bad actions are useful. If we learn nothing from the heroes and heroines of the past, we learn to behave ethically. This is not to suggest we will not make mistakes, nor is it a call to perfection. God knows we are all striving for perfection. On the contrary, this calls for self-respect and treating others the same. This is the reason the Church uses the term the kingdom or rule of God (I Chron 29; Matt 25:31-34). This rule describes a new way of seeing and living in the world. It is based on valuing people above and beyond the value of things.

Singer and song writer A. J. Brown says it best in his song Love people:

Its’ about time we turn it around the other way

And love people more than money

Give them life no more debts to pay

NOT JUST ABOUT MONEY

Economic independence is not just about money but also about people and how they live together in community. There is interest in putting others above self and practising hospitality. To this end, we are told the tourism industry thrives on the natural gift of hospitality of Jamaicans and there is no doubt the rebound of the industry is based largely on the natural gifts of Jamaicans. Another related gift is togetherness or gathering for a common cause. This was the genius of Sam Sharpe. He knew it would not take much to bring people together for a common cause for their liberation. As we celebrate the occasion of emancipation therefore, let us practise using the natural gifts and talents, along with self-respect, principles and morals. This will enable us like the Jews to not only tell the stories which shaped our past but also practise creating new ones to contribute to the building of the kingdom/rule/reign of God in the world.

Children, especially in the context of so much abuse, must be an integral part of telling these stories of emancipation. They, too, are to be included in the circle of togetherness which religion facilitates. This does not mean the circle is exclusive to religious people. On the contrary, religion, if it is to be an agent of change in Jamaica, must be facilitative of any gathering or togetherness to write and read poetry, sing, dance and share dreams and aspirations of the future. Here, the focus is to be on political and economic independence or development for all people, irrespective of race, age, class or gender.