Keith Duncan | NIDS as a vehicle for building trust 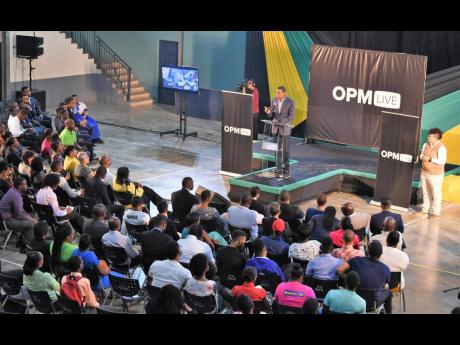 JIS/ File
In this 2017 file photo, Prime Minister Andrew Holness addresses persons attending ‘OPM-Live’ mini town hall meeting at Jamaica College in St Andrew. The debate around NIDS, which included issues such as biometrics, data security and privacy, was fundamentally about one of the most persistent deficits in Jamaica’s national life: the deficit in trust. 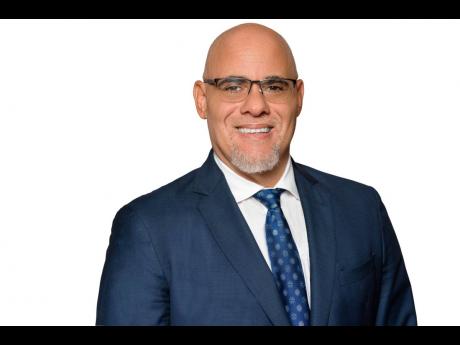 On the eve of the parliamentary vote on the National Identification and Registration Act, 2021, it is an excellent time to pause and reflect on our journey to this point, as well as on what we have all learned along the way.

As it has matured, Jamaican society has come to value the process of debating the merits and demerits of policies, laws, and procedures. With the growing penetration of the internet and social media, the voice of the ordinary Jamaican has been amplified. This is a great thing for any democracy, as it allows citizens to more fully participate in the decision-making, legislation and direction of their country.

The National Identification System (NIDS) is a notable example of this phenomenon. The debate around NIDS, which included issues such as biometrics, data security and privacy, was fundamentally about one of the most persistent deficits in Jamaica’s national life: the deficit in trust. Since the NIDS proposal could affect how Jamaicans interact with the State from the cradle to the grave, since it would touch on matters as sensitive as marriage, employment and universal financial inclusion, it was not surprising that there were many questions and concerns.

The Government of Jamaica understandably wanted to move as quickly as possible with a long-overdue reform to close gaps in our identification systems that currently keep many Jamaicans from accessing state benefits and conducting business seamlessly.

RETURN TO DRAWING BOARD

Following the Supreme Court’s decision in April of 2019, the Government took the time to return to the drawing board and re-evaluate the proposed bill. It also expanded its approach to public consultations to fully include the views of the Opposition. Ultimately, this process of consultation became one of the most extensive and inclusive debates ever to precede a legislative vote in Jamaica.

Even before the court’s decision, the Government had convened 135 face-to-face meetings with community groups, service clubs, human rights organisations, persons with special needs, churches, schools, and financial institutions across the country. Here Jamaicans of all walks of life had the opportunity to directly question officials about the social, legal, religious, and privacy issues surrounding the NIDS. The Joint Select Committee (JSC) of Parliament, reviewing the National Identification and Registration Act of 2020, brought additional rigour to this process. Altogether, the committee received and carefully considered over 100 written submissions from the public. Along the way, the debate has been coloured and amplified with the characteristic Jamaican passion in our traditional and social media.

The result, two years later, is a significantly altered bill that addresses the major concerns outlined in the Supreme Court’s ruling – as stated by members of the Joint Select Committee – along with those of a broad majority of Jamaicans. As with any piece of complex social legislation, this new bill represents an intricate compromise that attempts to satisfy most points of view. This vote is but one moment in an ongoing process. Should Parliament approve the new bill, it will merely mark the beginning of the next stage, where Jamaican citizens and institutions will work out the issues involved in implementing a modern identification system.

WORK REMAINS TO BE DONE

Much work remains to be done. The regulations to implement the Data Protection Act of 2020, and the creation of the Data Authority – both crucial prerequisites to the issuing new digital IDs – have yet to be finalised. More must be done to publicise the measures that will prevent data and security breaches or abuse of personal information, and to ensure strong oversight of these safeguards. To overcome their doubts, Jamaicans will need to see tangible benefits from using the new ID such as shorter wait times at government offices, better coordination among agencies, easier access to benefits, and simpler ways to open a bank account.

Trust in the new system will take root over time. Many other countries have gone through similar transitions and have seen huge gains in their capacity to conduct daily business, execute remote transactions and better allocate state resources to those for whom it is intended. This is not to say that there will not be challenges, especially in relation to take-up given the expressed hesitance of some persons. To succeed, these transformations require a long-term commitment by all parties, not only to vigilance concerning the system, but also to constructive dialogue and collective problem-solving.

The pandemic has shown us the urgency of completing this journey. Throughout the lockdown, schools, churches, restaurants, hospitals and financial institutions all saw the advantages of digital platforms – or the cruelty and frustration of being excluded. I believe we are on the cusp of a historic shift in attitudes about technology as an enabler of prosperity and social justice. Whatever the outcome of the vote on NIDS, Jamaicans should take pride in the democratic process that has brought us thus far. Let us redouble our commitment to reaching a shared destination.

Keith Duncan is the president of Private Sector Organisation of Jamaica. Send feedback to psojpresident@psoj.org