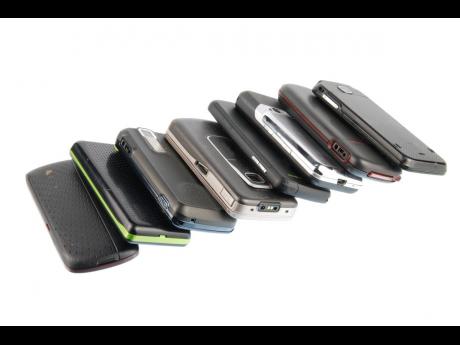 It’s good to hear that the penal system was able to recently confiscate 2,300 cellphones smuggled into Jamaican prisons.

That 2,300 phones being smuggled into Jamaican prisons were seized over the past year was the revelation given by the Ministry of National Security last month. It’s good to hear that the penal system was able to confiscate 2,300 phones.

However, a viral video coming straight from a Jamaican prison last week tells us that there is at least one phone that got away. Thank goodness! Because how else would the public get the scoop on the illegal prison parties as they occur?

Every now and again prison footage is leaked of prisoners listening to loud music and drinking rum and flashing cash, almost taunting ordinary Jamaicans who are obviously too lame for the prison vibes. What is interesting is that were it not for these prisoners charitably gifting the country with a glimpse of the prison ‘runnings’, we would all be sitting thinking prison is a strict no-nonsense environment where inmates are rehabilitated for orientation back into society.

I’m going to ask a question which sounds too simple to have not been asked before. How much CCTV surveillance do we actually have in our prisons? I’m curious because it looks a lot like the country has to depend on smuggled prison phones to provide updates on what is really happening behind those big iron grills.

It is baffling how, for some reason, police stations and prisons seem to never have surveillance footage to share. When Nzinga King’s hair was reportedly trimmed while in police custody, why was there no surveillance footage, even in a hallway or something, at least as a before and after reference to the alleged trimming incident?

Why was there no surveillance footage when Correctional Officer Jimel Westley was reportedly stabbed to death by an inmate last year or when a fight broke out in the Negril Police lock-up resulting in the fatal stabbing of an inmate? Why does it seem like there is never any surveillance footage?

TOO MUCH IDLE TIME

It also appears that prisoners are just not being sufficiently occupied with anything constructive and we all know the devil finds work for idlers.

1) Why does it seem prisoners have so much idle time and have to be finding things to do?

2) Why are they not being monitored while they do nothing?

Prisons must be surveilled. All of the sections of all of the prisons. Putting the necessary infrastructure in place to get this done should have been a priority many moons ago. But if not, has any progress been made to this end within the recent past? (Hopefully, the next incarcerated videographer will be kind enough to give us a glimpse of any CCTV cameras in their location.)

When prisoners are left to manage themselves, it significantly poses a threat to the public. The same phones that video the prison vibes and that make social media posts can also communicate with criminal ‘parries’ on the outside and send instructions. This, I think, those at the helm of the system already know. It’s why in times past, high-risk prisoners have been relocated to prison cells with infrastructure that blocks cell phone signals. That’s good work. Now it’s time to extend and expand.

The gaps in the system are largely responsible for the waning trust people have in the justice system. In Jamaica, there is an unwritten rule that public officials must first pass a master class in investigating the obvious before they begin their duties. Usually when things go awry, an investigation is launched and continues for as long as is necessary for the public to forget that there was a grievance in the first place. The hair that was cut from Nzinga King’s head? Still being investigated, I’m sure.

Law enforcement regrettably proves over and over that they just aren’t in control and seem to never have critical answers. I, like many other Jamaicans, cannot count the number of times questions have been raised over how and why it is that current music is still being released by a certain artiste who has been behind bars for years. Is there a reason? Because we haven’t heard it.

Frankly, that whole situation has become nothing more than one big poppy-show. But again, the best tactic to get the public to shut up is to tell them that another useless and indefinite probe has been launched, as in the case of a recent media interview supposedly coming right out of prison.

But, even beyond that, what is the point of the penal system if not to do some transformative work in the lives of these prisoners such that when they get out they are not repeat offenders? That clearly can’t happen if prisoners are left to do whatever, whenever, however.

If most of a prisoner’s 30 years behind bars is spent drinking rum and Red Bull and listening to loud music and really just milling around, the prisoner will leave ready to pick up where they left off.

The prison system needs an overhaul, starting with a ramping up of surveillance and ending with effective rehabilitation. The chronic cluelessness of people responsible for managing the prison system has to go away.

- Kristen Gyles is a graduate student at the University of the West Indies, Mona Campus. Email feedback to kristengyles@gmail.com and columns@gleanerjm.com