Playing our part to achieve racial equity and justice: PART 2 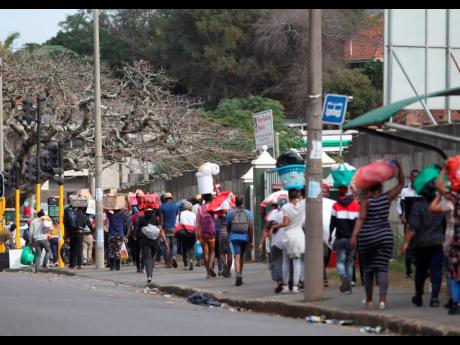 AP
The structural inequality in which the majority of people within the African continent and its diaspora exist still reflect the archaic configuration of global power and remain embedded in the existing ossified international arrangements. 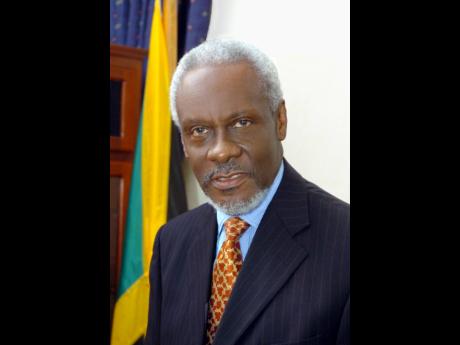 The PJ Patterson Centre for African-Caribbean Advocacy seized the opportunity on September 24 to remind the world of unfinished business as it relates to racial equity and justice, by hosting a webinar to commemorate the 20th anniversary of the Third UN Conference against racism held in Durban, South Africa, which produced the Durban Declaration and Programme of Action (DDPA).

The DDPA established a comprehensive international framework for fighting discrimination and Jamaica played a leading role in the drafting of that declaration.

The webinar had the support of the Centre for Reparation Research and the ministers on Durban.

Below are excerpts from Mr PJ Patterson’s speech.

In order to secure even the modest gains we obtained in Durban 20 years ago, the nations of Africa and the Caribbean were forced to yield ground once again to make any common declaration possible. But any objective assessment will reveal that our moderate tone has not impelled any meaningful step forward. Instead, instead of progress there has been a regression.

The structural inequality in which the majority of people within the African continent and its diaspora exist still reflect the archaic configuration of global power and remain embedded in the existing ossified international arrangements.

It is a self-evident truth that Africa, the Caribbean and non-aligned nations must renew our pledge to build a new international architecture.

But there are some hopeful signs.

Thanks to the advances of technology, the whole world was able to witness, in real time, what hitherto would have concealed. In places distant like Australia and throughout the United States itself, there was a spontaneous revulsion at the cruel and inhumane slaughter of George Floyd.

There is evidence in Bristol and the Bank of England boardroom, as well as some enlightened universities in Scotland and the United States, that have begun to realise the obligation to repair and the obligation to admit the indecency of slavery. The recent decision by Germany to pay in part for the atrocities in Namibia is another positive signal.

To recalibrate the case for reparative justice, we cannot rely on prayers or expressions of piety. Unity of purpose and the execution of a single programme to eradicate the inequities and imbalances in every available forum and institution to which we belong is the only way.

A BRIGHT RAY OF LIGHT

From my vantage point, there is another bright ray of light.

For the very first time, the countries of Africa and the Caribbean have met in a historic summit.

They are fully recognising that in the wave of three global pandemics – health, racism and poverty – there is an urgency to engage in a constructive dialogue collaboration of the governments and people of Africa to collaborate in articulating and asserting a pragmatic agenda for recovery, resilience and sustainable development. The wide spheres of cooperation on which they agreed could be memorable stepping stones to lay a sound foundation for achieving a historic breakthrough.

The summit outlined a clear road map towards the integration of continental Africa and the Caribbean into a single family network, pursuing progressive goals which are beneficial to our communities and people.

To attain the goals that have emerged from the summit will require a broad coalition of governments, regional institutions, policy research institutes and civil society organisations.

The process will encompass much which is non-governmental, especially in culture, arts and sport which galvanise and consolidate the people-to-people connection.

It is precisely for such a noble purpose that the Patterson Centre for Africa-Caribbean Advocacy was conceived. In light of the accepted purposes, we stand ready to help to make the outcome of the summit become a significant landmark and accomplish its goals as we focus together on matters of justice and resilience.

The summit specifically mandated the National Delegations to the current meeting of the UN General Assembly to exercise its formidable weight as we commemorate the 20th anniversary of Durban and use that high-level event to advance the claim for reparations within the processes of the United Nations.

It is full time for the entire international community to accept the needs to create a legally binding instrument on the promotion and full respect of the rights of the people of African descent wherever they live. A genuine global community cannot allow the denial of basic human rights or permit the spread of discrimination because of ethnic origin, race, colour or religion.

On behalf of the centre, I thank each of our distinguished participants in this webinar and hope it will contribute in some measure to that time in our human existence, to that moment in our lifetime where the scourge of racism has been destroyed and we can live and work together on Mother Earth to provide education, adequate healthcare, jobs, technology and the requisite infrastructure as cornerstones for a world where justice, peace and prosperity prevail.

- PJ Patterson is a former Prime Minister of Jamaica and president of the PJ Patterson Centre for African-Caribbean Advocacy. Email feedback to columns@gleanerjm.com