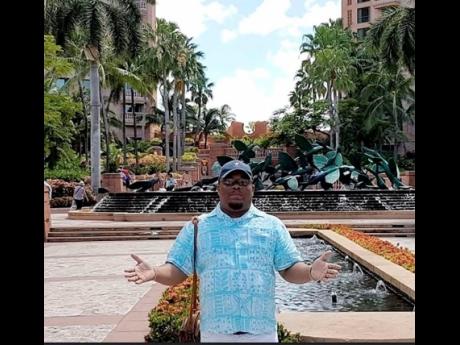 During the 1760 revolt of Tacky, the obeahman was an integral part of the fight for liberation. The spiritual leaders of the rebels would anoint them and use spells to protect them from death. Proclamations, such as an obeahman and his anointed...

During the 1760 revolt of Tacky, the obeahman was an integral part of the fight for liberation. The spiritual leaders of the rebels would anoint them and use spells to protect them from death. Proclamations, such as an obeahman and his anointed cannot die, were used to boost the morale of the rebel army. So much was the influence of the obeahman on the slaves that it was not until some anointed and obeahmen themselves were killed that defections started to occur to the point of breaking the strength of the army. The colonial government, recognising the power of spiritual leaders, immediately banned the practice of obeah in Jamaica after Tacky’s revolt. That law has remained on our books to this day without us realising the cruel origins and defended stoutly in the name of religion.

Fast-forward to 2021 and we still see the awesome impact that spiritual leaders have over others. The horrors that unfolded in Montego Bay are just the tip of what is allegedly committed in the name of spirituality. Stories of human sacrifices are beginning to emerge and prominent Jamaicans, including political leaders, are being accused of partaking in these activities. This is not surprising to the initiated. The link between politics and religion is strong.

It is not uncommon to see party leaders being anointed or blessed by pastors, and the invocation of Bible verses at political rallies is commonplace. Those in the business of peddling hope know the power of the spirit world on the human psyche.

As we wonder how supposedly sensible adults could have such blind faith in one man when there were so many red flags about, we hear stories of how His Excellency knew of COVID-19 beforehand and how none of the barrage of bullets fired at him even touched him. He was clearly more than the ordinary guy and once you have transcended to that level, the hope you sell comes at a premium, blind loyalty. So now whatever evidence is put in front of your followers to open their eyes to the truth, it will only be a part of the conspiracy to destroy the leader, the way Jesus was crucified. Their will to resist the devil must be stronger than ever.

Believing in the authority of the man is even stronger than the belief in a cause. That is what makes cult leaders so dangerous to their congregants. From Jim Jones to David Koresh and now Kevin Smith, the sick minds were able to commit unspeakable crimes against those who believed in them because of their blind loyalty. Some call it brainwashing, but if your eyes have not been opened up and the gift of discernment granted by God then you will never understand. All it takes is one incident or coincidence to show that you are a prophet and immediately the loyalty and adoration begins.

CLING TO THAT PROMISE

It is as if the logical cortex is turned off and the vestigial desire to be a part of a herd and follow the Alpha male takes over the consciousness. This more so if your life is stressful or hopeless If there is a promise of a better tomorrow then, as with everyone else, we cling to that promise. For the majority it is the hope of a better future sold on political platforms. For others it is the afterlife. And you can’t go to heaven unless you are cleansed, and if you die.

It was Karl Marx who said, “Religion is the sigh of the oppressed creature, the heart of a heartless world, and the soul of soulless conditions. It is the opium of the people.” How else can you convince the masses to embrace their suffering and at the same time give up more of what little they own? If it is true that Jamaica has the most churches per square mile in the world, then it begs the question, why are we so hopeless that we need so many peddlers of hope?

It is obviously not because we are a religious society as in countries with large numbers of shrines. We are a secular society pretending to be religious. One only has to visit a Buddhist or Hindu society to realise the true correlation between places of worship and religious rites in everyday lives. Yet as I write this, hundreds of prophets in Jamaica are scanning social media hoping they’re not being outed till this nine-day wonder passes.

What happened in Montego Bay was merely an eruption of the pus that infects our society. There are countless other boils healing without making the news and even more slowly forming as a result of the toxins in our country. We desperately search for a better tomorrow and with the fading hope that this will come from the other peddlers, seen in steadily declining voter turnouts, the desperation must be vented elsewhere.

Will we see more turning to religious leaders or will the events of the last week awake the consciousness of those who have been blinded by faith? With a comatose political process and a soured religious tonic, is the pitch being rolled for a demagogue?

Cometh the hour, cometh the man ….

Dr Alfred Dawes is a general, laparoscopic, and weight-loss surgeon; fellow of the American College of Surgeons; Follow him on Twitter @dr_aldawes. Send feedback to columns@gleanerjm.com and adawes@ilapmedical.com.