Gordon Robinson | What all humans really seek is companionship 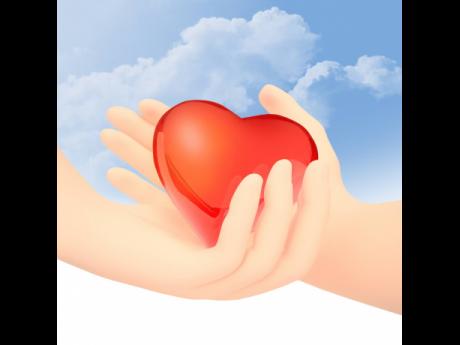 In due course, that one person will come along with whose very soul you feel connected. On a balance of universal probabilities, the other person will feel the same...You’ll both call this “love” and it’s that for which we all live.

It’s time to tell some home truths to men who believe in the illusion known as the Patriarchy.

I’ve been moved to speak these truths by an “opinion” column appearing in The Gleaner on Monday, October 18, headlined (not the author’s fault) What Men Really Want in Women. Because we’re in an era of unisex names I suppose it’s barely possible the author is a woman but, if that turned out to be the case, I’d be tempted to give up on humanity.

As I say, the headline is unlikely to have been the author’s but it captured the essence and particulars of the column perfectly. Readers were treated to a long list of boxes to be checked by women if they expect to be “wanted” by men or, better put, by the type of man who would write this vile drivel.

• The woman must be fit, meaning “that she is not overweight. She is of a healthy weight, which adds to her beauty and speaks volumes about her discipline.” Yes, that was written. Nobody could make this up.

• The woman must be feminine, meaning “very girly, soft and welcoming”. Her spirit “calms a man down when he is in her presence”. I swear to God. Somebody actually wrote and published this Trumpian twaddle.

• The woman must be friendly because “he is loyal by nature, and looks to build a team with his partner. Being friendly aids the formation of that team.” You have to be friends to be teammates? Kobe might have a thing or ten to say about that.

• The woman must be cooperative, meaning “She must be ready to follow and support him in his endeavours. She is his number one supporter and ensures that all his efforts are effective and are multiplied, if possible. She is there for him at every step, all the while knowing that when he wins, she wins.” And when she wins? Can she win except through him?

This is either assholery of epic proportions or the most arcane piece of satire ever written. I vote for the former.

There’s so much wrong with this warped waywardness that it’s the perfect foil for the question “What wrong with THAT?” I’ve waited a lifetime to play Jerry Lewis to someone’s Dean Martin who would feed me that particular straight line. So I’m not even sorry that I have to hand it to myself which is what every man who believes the garbage dumped in that article would probably end up doing.

The correct answer is “Life is short. If I were to list all those things I might die before I finish. It’s easier for me to tell you what’s right with it.”

Then you wait with fingers crossed for the desired follow-up even straighter-straight-line “So what’s right with it?”

That felt good! Women everywhere don’t need me to tell them very few men outside of religious cults want anything to do with this kind of subservient, inflatable doll of a woman. Women everywhere know the search for such a woman is a mission not even Tom Cruise could complete. Any man who believes he has found THIS woman is in for the shock of his life when the illusion of patriarchy dissipates and he experiences the reality that “A fool and his money are soon parted”.

So I won’t go there. I prefer to focus on the author’s philosophical abuse of the word “want”. Persons who keep telling us what they “want” have no clue the self-harm they are inflicting.

Nobody wants anything they already have. So the act of “wanting” means you don’t have it. And as long as you “want” it, you will not have it. It’s best to thank God, whatever you conceive God to Be, for giving you whatever it is that’s best for you, including that which you don’t yet actually possess. Don’t “want” it. Thank God for it or for showing you the way to have it. Count. Your. Blessings!

Any woman who want a man

I want a woman fi jam.

Also, the woman described in the article under review, if she exists, comes with so many “crosses” that she’ll prove one of the late, great Cecil Charlton’s favourite sayings, “Give them what they want. They’ll soon discover they didn’t want it after all.”

Let wi have some fun

In 1979, when Donald Wright and Zac Henry (better known as ‘The Astronauts’) first won the Festival Song Competition with Born Jamaican, I’d already been taken off the streets by a Young Ball and Chain so, although we weren’t yet married, we watched the finals together from her home.

Previously, I’d been in the habit of attending in person. She took an instant dislike to Zac Henry’s style. I was distressed by the weak lyrics that I apprehended could signal declining standards after a decade of creativity.

In 1982, we were just married so watched the Festival Song contest together from our home. We were both appalled when The Astronauts’ Mek Wi Jam was declared a runaway winner and, in a foreshadowing of the soon-to-be dancehall “culture”, a crowd dominated by women danced and sang along wildly to the obviously misogynistic lyrics.

Young BC was particularly upset at Zac Henry’s suggestive gyrations. I was mortified by the unqualified female endorsement. Zac has been quoted as saying the basis of the song was to do something “out of the box” but, ironically, it remained firmly trapped in a male chauvinistic Jamaican box of long standing (or maybe not so long).

If she big and fat

If she tall and thin

Irony had already visited me in 1981, as The Astronauts (with an imported Sam Carty on lead vocals) were responsible for one of my favourite Festival Song entries in Festival Jamrock. Irony was piled upon irony when it lost in a torrid tussle to Tinga Stewart’s Nuh Wey no Better Dan Yaad, while Festival Jamrock’s inferiors Born Jamaican and Mek Wi Jam scored easy wins.

What all humans seek is companionship. This starts from very early on in life. In neighbourhoods and schools, children gravitate towards groups or individuals with whom they resonate. It has nothing to do with “looks” or “likes” or “wants” and everything to do with the synchronicity of auras.

In due course (happens for some earlier than for others), that one person will come along with whose very soul you feel connected. On a balance of universal probabilities, the other person will feel the same. You’ll crave each other’s company for unspeakable and unfathomable reasons. That person will be the one for you and you’ll be the one for that person.

You’ll both call this “love” and it’s that for which we all live. We aspire to love everyone as we love ourselves but some loves will be special, deeply felt and inextricably connected. You’ll find you don’t need to explain your actions or even detail your thoughts. The other already knows. The other knows you better than you know yourself and far better than anyone else ever will. And so you’ll also know the other.

For some of us, this connection will be found with the opposite sex. Others will find it between persons of same sex or ambivalent gender identity. No matter. It’s all love. John, Paul, George and Ringo advise “All you need is love”. What you think you “want” is only a counterproductive distraction.

As Geraldine explains: “ Love is a feeling you feel when you’re about to feel a feeling you’ve never felt before.”