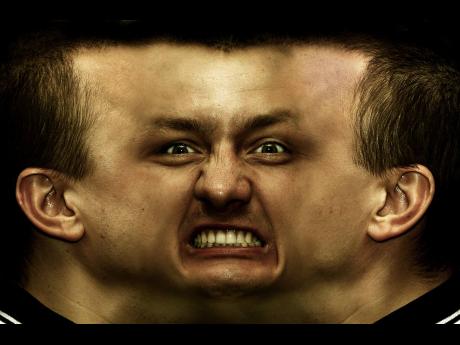 Many crimes are committed by people living in the state of unsound mind or by people on the train heading there, and mental illness isn’t nearly as discrete or distinct as people seem to think.

How thin is the line between diabolical wickedness and insanity? When I heard the news that the leader of a cult in St James was arrested after two members of his assembly were killed as human sacrifices, I was reminded that this is one of the many questions humanity just isn’t able to answer. In some cases, people get off their rockers in such unusual and idiosyncratic ways that even the professionals are confounded. And unfortunately, in some other cases, mental illness goes totally undetected.

One member of the assembly, who managed to escape the horrific ordeal, indicated that the leader of the ‘church’ was nothing less than Mr Nice Guy, always offering help to the less fortunate and always caring for the children around him. So who would have known? It looks a lot like Mr Nice Guy went nuts. And this was a long time coming, it seems. Clearly, this man who is referred to by his church members as ‘His Excellency’ has had peculiar ambitions for some time. Building an ark is a massive undertaking and sourcing a farmload of animals with which to populate it isn’t something that gets done overnight. It also takes a while to build a following of hundreds of people.

Even the best of persons are affected by mental illness, especially when they get to the stage of having ‘followers’ who affirm their ‘calling’. In some cases, however, people are fortunate enough to exhibit clear signs of mental illness that can alert loved ones to the fact that things aren’t quite right. In other cases, the signs are nearly imperceptible, especially to those who don’t know them well, and mental illness gets shrugged off as simply unusual behaviour or weird theology.

Some will say I am trying to reduce the perceived culpability of the perpetrators of the gory crime committed at the church. I am not. But as I’m sure Mr Nice Guy and his compatriots of the clergy have oft repeated, “God hates the sin and not the sinner”. Let’s do likewise. We can develop a culture of considering the root causes of crime and hating those, as opposed to the perpetrators themselves.

Many crimes are committed by people living in the state of unsound mind or by people on the train heading there, and mental illness isn’t nearly as discrete or distinct as people seem to think. Some experts estimate that as many as one in four persons are affected by mental illness at some point during their lives. Yet, we rub shoulders together at work, at school, at home, and within in our social circles. It is therefore something that affects almost everyone in some way.

We have to also keep in mind how easy it is for otherwise ordinary people to get sucked into irrational behaviours while they are enveloped in indoctrination groups. Brainwashing is real. As Agent K from the SciFi film series Men in Black insinuated, the person is very smart. It’s people who are dumb. Put too many of them together and the wonkiest of things start to happen. Just as Jim Jones’ group of more than 900 persons committed mass suicide, people have no problem doing the irrational things they see everyone else around them doing.

Still unfolding is another curious state of affairs, where another fellow, perhaps not quite right himself, has been having a field day playing hide and seek with not only the people of St Thomas but with the police. First, nine-year-old Phylisa Prussia was kidnapped from her home and after she was found two days later miles away from her home, another young girl, 13-year old Winshae Barrett, was reported missing. The alleged perpetrator? One who clearly needs psychological evaluation and help. The man reportedly told Phylisa, while she was in his custody, that “someone hurt him” but he was not going to hurt her. Okay…

It is now being alleged that his family had struggled with mental health issues in the past.

A 2017 report from the US Department of Justice found that roughly 37 per cent of US inmates have a history of mental illness. And although according to the American Psychological Association, less than 20 per cent of crimes committed in the United States can be attributed to mental illness, the question is how large is the margin of error, when it is so easy for mental illness to go undetected and hence undiagnosed?

There are clear implications for how we view crime and how we treat with criminals. First, it is nonsensical to continue canvassing the island with machetes when crimes are committed in hopes that we will get the first ‘chop’ when the perpetrator is found. It’s even worse when we end up chopping the wrong person, claiming another innocent life. That is madness too. A classic case of the insane chasing after the insane.

But there are also implications for the often-spoken-of rehabilitation system in our prisons. Rehabilitation cannot take place without an evaluation of the root causes of offence. Let’s face it – one does not have to be roaming the streets naked, spitting on themselves in order to classify as a sufferer of mental illness, and one should not need to be rolling on the floor, chanting the 23rd Psalm in order to qualify for psychiatric evaluation. Psychological and psychiatric services should be stable elements of any rehabilitative justice system.

Kristen Gyles is a graduate student at the University of the West Indies, Mona Campus. Email feedback to kristengyles@gmail.com