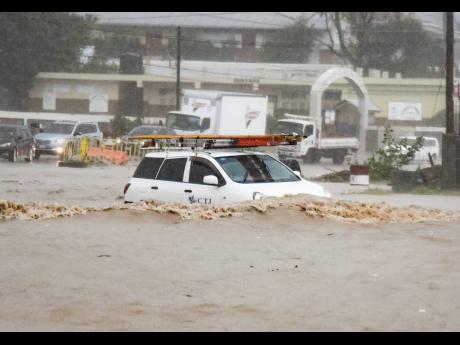 File
Over the last four decades, climate change and global warming have wreaked massive destruction on small islands in the Caribbean and the Pacific. 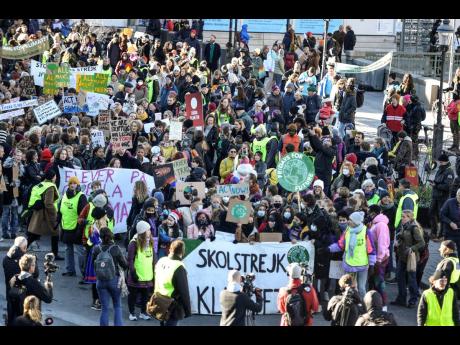 AP
People march during a ‘global climate strike’ demonstration, organised by Fridays For Future in central Stockholm. Thousands of people marched in Stockholm on Friday for the last Global Climate Strike before COP26 opens in Glasgow. 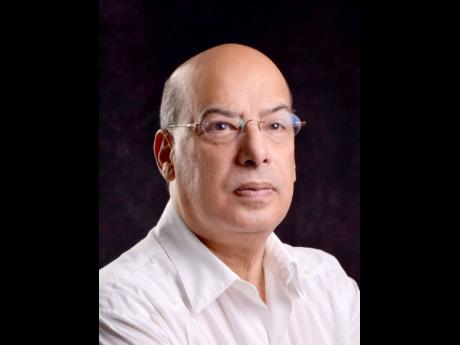 It is nothing short of shocking to learn that, despite the fact that the world is teetering dangerously on the precipice of a climate catastrophe with fatal consequences for small island states, some rich nations are lobbying against paying to help developing countries mitigate the effects of climate change.

The UN agency, the Intergovernmental Panel on Climate Change (IPCC), has produced a report which will be an important tool in the negotiations between nations at the COP26 meeting in Glasgow, starting in a few days’ time. However, documents obtained by Greenpeace UK that were shown to the BBC reveal that Switzerland and Australia particularly, are doubting parts of the IPCC report, which state that developing countries will require financial support from rich countries in order for them to achieve emission reduction targets.

The danger in the doubts expressed by Switzerland and Australia that seek to amend the IPCC report is that other richer and greater polluting countries may try to hide behind them to reduce their own pledge to provide climate finance. These countries have already failed to meet their promise to contribute $100 billion per year by 2020. The later subject is not on the formal agenda of the Glasgow meeting, but small developing countries should raise it at every opportunity and under any pretext.

Plans to stop global temperatures rising more than 1.5 degrees C by the end of the century must be presented at the Glasgow meeting by every country. But the plans are unlikely to be delivered.

Authoritative studies by Greenpeace and other bodies show that, to keep temperatures below the 1.5 degrees C limit, every country needs to stop all new fossil fuel projects immediately and stop burning coal altogether. Rich nations need to give extra financial support to poorer countries to do the same, and to help deal with the existing impacts of climate change.

But the attitude shown by Switzerland and Australia, together with positions taken by Japan and the member states of the Organization of the Petroleum Exporting Countries (OPEC), especially Saudi Arabia, to amend language pointing to the need for “urgent and accelerated” action to reduce fossil fuels, pose real and deadly threats to small island states and countries with low-lying coastlands.

So, too, do attempts by representatives of Australia and India to water down references in the IPCC report to the urgency of considerably reducing the production of coal, one of the biggest contributors to CO2 emissions. Australia is a big exporter of coal, and India’s representatives have made it clear that India will not reduce its coal production and use “for the next few decades” because India needs coal to provide cheap electricity for domestic and industrial use.

All of this makes COP26 in Glasgow a truly decisive moment for small islands and countries with low-lying coastlands. This is the last decade the world has to avoid the worst impacts of global warming: unimaginable natural disasters, sea level rise, decimation of human habitats and drowning of small countries with ancient civilisations, as in parts of the Pacific. Small states must speak up, and they should not be cajoled into accepting words as deeds or promises as fulfilment.

BIG HOLE IN THE AGENDA

There is a big hole in the COP26 agenda. It is a hole that will never be filled by the industrialised nations that are the biggest contributors to the adverse effects of climate change – it is the crucial matter of compensation for loss and damage.

Over the last four decades, climate change and global warming have wreaked massive destruction on small islands in the Caribbean and the Pacific. The repeated disasters, especially more frequent and more powerful storms, and extended periods of drought followed by huge flooding, have retarded growth and development in the Caribbean and Pacific countries while burdening them with debt to rebuild and to install expensive and resilient infrastructure against future damage. The polluting countries that cause this grave injury are paying nothing in compensation.

In June this year, a group of legal experts, co-chaired by British Professor Phillipe Sands, QC, and Dior Fall Sow, a UN jurist and former prosecutor from Senegal, unveiled an initiative for a new criminal law called ‘Ecocide’. Ecocide is defined as “unlawful or wanton acts committed with knowledge that there is a substantial likelihood of severe and widespread long-term damage to the environment caused by those acts”.

While the law would open the door for compensation from entities that cause ecological damage, climate change is not specifically mentioned in the draft law, and, in any event, while it is good and right that it has been drafted and is being promoted, its acceptance and enactment by the International Criminal Court would take years. In any event, several polluting nations, including the United States, are not members of the Court. Therefore, small islands states and other countries that are the perpetual victims of climate change must devise new strategies for putting compensation for loss and damage on the global agenda and fighting for it.

And, at COP26, representatives of small states should include compensation for loss and damage in every statement they make. The evidence of the damage over the last four decades is clear for all to see. So, too, is the refusal of polluting countries to address it.

Small island states must use their advocacy to shame those who repeatedly damage with no effort to compensate and little effort to stop. Small states cannot go quietly into the dark night; they must rage against the dying of the light.