Alafia Samuels | Trans fats – the hidden poison in our foods 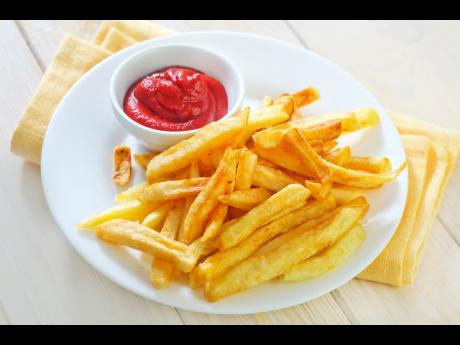 The hidden danger of trans fats in our everyday foods is real and present. As consumers we all need to be aware of what we are eating. Our manufacturers must be required to include all ingredients on labelling including front-of-package labels. 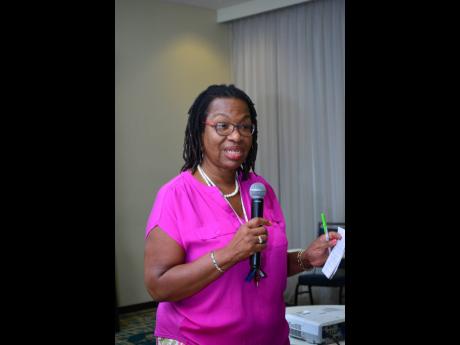 Jamaicans have the right to the best quality, healthiest food possible, but we are totally unaware of the presence of one of the most harmful ingredients, trans fats, which are hidden in many of the packaged foods that we eat every day.

In a recent test of 300 packaged products from local supermarkets and shops, a whopping 40 per cent of products tested contain hidden and harmful trans fats. These have been universally proven to cause heart disease and depression, and have also been associated with a higher risk of individuals developing type 2 diabetes.

Minister of Health Christopher Tufton recently reported these statistics in Parliament. This testing was done by the Bureau of Standards and Scientific Research Council, made possible by a Canadian-funded University of the West Indies (UWI) project which aims to monitor and improve dietary diversity in the Caribbean.

The hidden danger of trans fats in our everyday foods is real and present. As consumers we all need to be aware of what we are eating. Our manufacturers must be required to include all ingredients on labelling, including front-of-package labels. As other countries have, our government needs to ban the manufacture, import and sale of foods and raw material containing trans fats.

In 2018, the World Health Organization (WHO) called for the elimination of industrially produced trans fats from the global food supply by 2023. The organisation reports that 58 countries so far have introduced laws that will protect 3.2 billion people from the harmful substance by the end of 2021. But more than 100 countries still need to take actions to remove these harmful substances from their food supplies.

What exactly are trans fats (TFAs)?

Industrially produced trans fats are cheap fillers which are added to foods during the manufacturing process to increase bulk and allow for a longer shelf life, but they have no nutritional value.

Effect of trans fat in our diets

On average, industrially produced trans fats cause deaths from heart attack deaths to increase by almost one-third (30 per cent). Trans fats also increase depression, Alzheimer’s disease, cause a reduction in mental performance and are a risk factor for insulin resistance and diabetes.

What has been done?

The dangers of trans fats has been known for a long time, and Denmark was the first country to ban trans fats back in 2003, almost 20 years ago.

By 2018, 23 countries around the world had mandatory bans or limits on trans fats, with Canada and the USA Food and Drug Administration introducing this ban on trans fats in 2018. Jamaica has not done so as yet, and we, more than most countries, need to ban trans fats. This is because Jamaica and other Caribbean countries have the highest burden of heart attacks and death from heart attacks and strokes, in the Western Hemisphere (region of the Americas). Jamaicans are 50 per cent more likely to die prematurely from heart attack and stroke, than those in Canada, for example, and in Jamaica, almost half of heart attack deaths occurring before the age of 70 years.

Where are these trans fats found?

They are everywhere. From the Jamaica study, among the 40 per cent of packaged foods tested which contained trans fats were more than half of our cooking oils, desserts, spreads and snacks. The highest amounts were found in fried fast food, cooking fats, biscuits, pastries, cakes and frosting. More frightening is that among the food items labelled ‘trans fat free’, four out of 10 of them had some level of trans fat and one of 10 (eight per cent) had high levels of trans fat.

And the effects of trans fats are cumulative, meaning that they add up in the body over time, so eating small amounts consistently will also cause health problems,

The world has taken note

The World Health Organization (WHO) has called for the world to be trans fat free by 2023. In 2008, the countries of the Americas signed the Trans Fat Free Americas Declaration of Rio de Janeiro. In 2007, CARICOM Heads of Government called for “elimination of trans fats from the diet of our citizens”. So the leaders in the public sector have long called for this but so far the governments have not put any measures in place to protect their citizens from this poison.

What can we expect from a ban on trans fats?

New York city put a ban on trans fats in 2007, and a study four years later found that this ban had prevented approximately one out of 20 heart attacks – a five to 10 per cent decrease.

This impressive decline following the trans fat ban in New York convinced the Food and Drug Administration (FDA) to ban trans fats in the entire United States in 2018. The value of the lives saved in New York was estimated at $3.9 million for every100,000 persons every year. A similar result was found in Denmark. These bans do not remove any foods from the consumer. They simply remove the toxic trans fats and replace with healthier options.

What should we do?

2.Ban the manufacture and sale of products with trans fats

This approach will be in keeping with our Government’s obligation to protect its citizens from harm. Industry has an obligation to provide foods that are not detrimental to human health. We also need front-of-package labels that clearly and easily show us which products have this hidden poison in our foods.

Why not just ask industry to do so without legislation?

The dangers of industrially produced trans fats are well known to industry, and the ban in USA and Canada our major trading partners, are well known. In fact, to export to the USA and Canada, Jamaican exports MUST be free of trans fats. Yet, in Jamaica, our local manufacturers continue to sell products (perhaps unaware) that are high in industrially produced trans fats, which products are shortening our lives.

Voluntary reductions by food industry have been the least effective method to remove industrially produced trans fats, so legislation is necessary. This is a time when we all need to ensure that we do what’s best to keep our bodies in good health. We need to act to save lives. Government needs to pass legislation to ban trans fats from our food supply ... NOW.

Dr T. Alafia Samuels, is honorary professor at Caribbean Institute for Health Research, UWI. She is a medical doctor, and has managed public sector health programmes for 20 years. She is active multiple regional and global public health organisations and works in Jamaica to advance prevention and control of chronic diseases. A 2016 Lancet profile dubbed her “the fast food watchdog of the Caribbean”. Send feedback to columns@gleanerjm.com