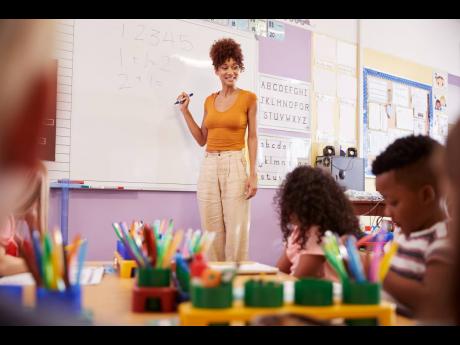 Yet another report has shed light on the god-awful situation of the education system and we (myself included) are all behaving as if it hasn’t been plainly obvious. The recently launched report from Patterson-led commission on education revealed Jamaica has a ‘severe learning crisis’ because most students are illiterate at the end of primary school and 7 in 10 students leave secondary school without certification.

We are spending too much on education to be doing so poorly.

Truthfully, if you have been paying attention, you would be acutely aware of the dire circumstances. Even at the tertiary level, there are students who can barely write a proper 1500-word essay that makes sense. It appears that at some point, despite a myriad of changes, we created an assembly line, of sorts, moving students through the system with very little investment in quality control and research and development. It’s like a poorly run actual factory really.

In 2019, in the recently introduced PEP (Primary Exit Profile) exams, only 41 per cent of students passed mathematics, 49 per cent in science, and 55 per cent in language arts. The data show that for language arts, a third of students cannot read, 56 per cent cannot write, and 57 per cent cannot identify information in sentences. Of course, the situation looked much better under GSAT, but that’s because it was largely ‘memorised learning’. Similarly, in 2019, only 42.5 per cent of 32,617 students who sat the CSEC exams passed five or more subjects, including English and/or mathematics. However, only 28 per cent passed five or more subjects with both English and mathematics.

If we are honest with ourselves, the findings, dreadful as they appear, aren’t particularly novel. In the early 2000s, multiple Education for All and other reports found that, as a country, we do not necessarily have an enrolment problem. The quality of education, truancy, and dropout (in secondary schools) were the issues that needed greater focus. I remember, as well, helping to support some of the consultations for the Education Transformation Team around 2007-2008 and some of the things we discuss as challenges today were concerns raised by students in several parishes. Similarly, in 2012, a CAPRI report found that, as a percentage of GDP, we are spending on par with many developed countries but the return on the investment is low.

The commission notes, the World Bank (2018) has said “Jamaica has a learning crisis of relatively high enrolment and poor education performance that is getting worse”.

Every so often, it’s mooted that we should place ‘brighter’ students in lower performing schools. Sadly, the solution isn’t that simple. The answer to the challenges isn’t to put those with the lowest grades in the ‘best’ secondary schools. It’s a fallacy that those with the better grades can do well in any circumstance. They’re not a homogeneous group. Schools need to be resourced and held accountable, so all students perform well.

We need to look at low-performing schools, the conditions in them, not limited to the socio-economic and other challenges faced by the students in their homes and communities, and why they are the way they are. Multiple reports from the National Education Inspectorate are instructive in this regard. We must look at teacher training, financial resources, etc. We need to look at what kind of systems are in place in homes and communities to encourage learning. Good academic performance depends on an ecosystem and, in rare cases, deep self-motivation to excel, regardless of one’s circumstances.

The national attention must focus on creating a better standard across all schools to guarantee everyone with an opportunity to do well. That must be the focus and we don’t have that now. As is evident, just a handful of schools do well.

As education activist and school transformation coach, Renee Rattray said “some of the main ingredients that we lack are strong leadership, the best teaching, genuine parent engagement, welcoming surroundings, and accountability systems from Heroes Circle to the classroom”.

We need to pay more and closer attention to the learning crisis. We need to ensure that, as the Commission has recommended, that there is greater focus on accountability. We need to put more pressure on the education ministry and the teachers and principals’ associations. We need to set up a body like CMOC and EPOC to ensure the recommendations from the Commission are implemented with alacrity and care. We cannot afford to pussyfoot any longer. The learning crisis is hurting us in so many ways and our leaders should be jolted in action by these findings.

- Jaevion Nelson is a human rights, economic and social justice and inclusive development advocate. Email feedback to columns@gleanerjm.com and jaevion@gmail.com or tweet @jaevionn