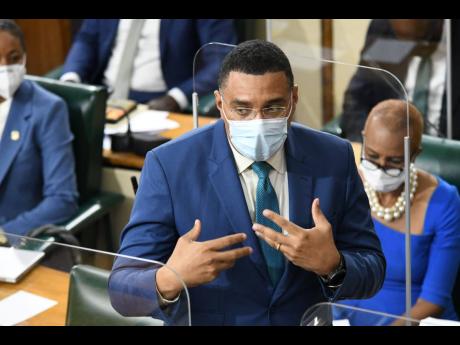 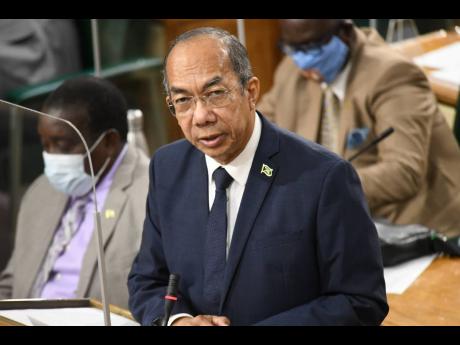 A READER writes, “I read with interest your Gleaner column on January 9, 2022. I am not persuaded by PM Holness’ attempt at the dramatic. He has about a decade of leadership in the Jamaica Labour Party and had plenty of time to think about crime. He has not come up with anything of note.

“His government’ s response to crime is not innovative. It is more of the same. I am not surprised that he is exasperated that the targeted SOEs are not working well. One thousand four hundred murders for 2021 is terrible. His minister of national security has been asleep at the wheel since appointment. Dr Chang has no clue and has not made a meaningful statement on crime since appointment. His only claim to fame was to rebuff the diaspora when he had a Zoom meeting with them in 2021. It was terrible. He came across as a bumbler of the highest order and tone deaf.

Another writer who is a lawyer and wishes for anonymity writes, “Crime is a big business in Jamaica, including murder and mayhem. We all know that a good number of murders are paid for. The drug operations are very profitable. The extortion operations are profitable. Scamming is profitable. Until the profit motive is removed or reduced to the point where it is not attractive, crime will be ever-present.’

Yet another writer, a lawyer weighed in. “Unlike you, I’m a cynic. I don’t believe a word the PM says any more and that stunt was designed to have the church hand him votes through their ‘sermons’.

“The PM does not appear to be interested in formulating any serious and comprehensive crime plan. He continues to return to the playbook (with some adjustments/modifications) used since the Morant Bay Uprising.

“I could be wrong. But then again, so could you on the issue of his conscience.

Another reader, but this time not a lawyer and a person who used to speak well of Prime Minister Holness. has become turned off from the Jamaica Labour Party (JLP) leader.

“The recent meltdown by the prime minister violates several of the basic tenets of strong leadership.

“He has displayed to the world at large his emotional fragility. He is saying to the public that he is out of his depth, as you suggest. Most importantly, he has saddled himself with the responsibility instead of making it a collective effort buttressed by his team. This suggests he has no confidence in his team.”

At this point, the country needs help from external sources to fight crime. They need to seek help from the Israelis or some other nation that is versed in employing ruthless yet effective crime-fighting measures. The pussy-footing has to stop.’

Stuck in a rut

The Government is stuck in a rut. When compared to a year ago when the PM was riding high on his yeoman efforts on fighting COVID-19, that support has basically evaporated. While I still support him on retaining Horace Chang as security minister, on the basis that absolutely none of the security ministers of the past could dent the crime monster, the fact is, Dr Chang can hardly say to his friends and loved ones that he has made any significant difference in the ministry.

When a man, at any level in the life of this country, whether as a mouse, a scaredy cat or as a conquering hero seated atop a shiny black stallion, cannot go home and say to even his grandchild that he is proud of 10 per cent of his successes, he needs to vacate his post and seek out other areas where he can score positive points.

Recently, the quite famous (and even infamous) SSP Reneto Adams spoke about his police exploits of the past. Adams always can afford to bask in the past, and especially the present where Jamaicans from all walks of life respect and admire him for his crime-fighting pursuits.

But my bredrin conveniently forgets one very salient point. During his run in about 2005, Jamaica topped the murder rate in the world. Yet, in just about every troubled inner-city garrison pocket, every desperado parading with a gun who I briefly interacted with spoke of Adams with mortal fear.

One reader wrote, “Couldn’t you help by trying to get the Opposition and the Government to unify on crime fighting instead of always being so biased?”

Phillip Paulwell is skating on People’s National Party (PNP) ice. Last Wednesday, I received a call from a veteran politician whose focus was on the recent statement from the East Kingston and Port Royal MP (PNP) that the PNP would suffer for not supporting the Government’s initiative in pushing for an extension of the SOEs in late last year.

According the veteran, “Paulwell knows that, politically, he’s safe. At this time, no one can dislodge him from his seat, so he has the luxury of making this call. On top of that, the present PNP leader is weak and probably needs Paulwell more than Paulwell needs Mark Golding.

Type of criminality far from normal

It has always been an easy call to state the obvious. The states of emergency give the present JLP government the breathing space it needs to disrupt gunplay islandwide and gang activity. The type of criminality being perpetrated now is far from normal. The gangs are thumbing their noses at the community and the security forces.

The only method identified so far is the SOEs. When added to the horrible rise in COVID-19 cases, the only foil to push back against ferocious criminality is the SOEs.

It works in the term it is used. We have absolutely no other option. If you have a solution in the short term, let me hear it.