Peter Espeut | Good report: But will it be implemented? 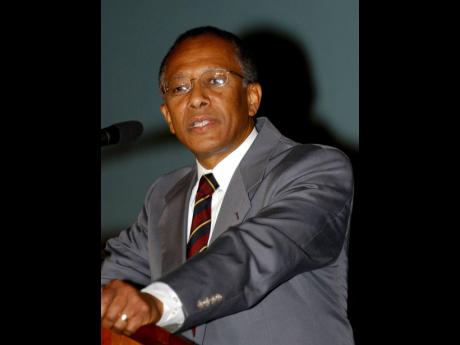 “Our greatest failure lies in the very success of placing the great majority of our children in schools, where, sadly, the hopes of over a half are dashed by the end of their primary education from which they emerge illiterate and innumerate” (Patterson Report, Page 1).

THE LONG-AWAITED report of the Jamaica Education Transformation Commission chaired by Professor Orlando Patterson, OM, has finally been made public. And it has not disappointed. Every first-year sociology student learns that the main social institution which creates and maintains Jamaica’s iniquitous class system of privilege and inequality is our education system, and Patterson, who teaches sociology at Harvard University, reinforces this thesis with hard data.

But his findings are not new. The 2004 Task force on Educational Reform, chaired by Dr Rae Davis, produced a report entitled “Jamaica: A Transformed Education System” and came to similar conclusions. Of this 2004 report Patterson says:

“While the 2004 task force made many valuable recommendations toward improvement of the teaching profession and classroom procedure directly relating to student performance, in the implementation process, these were largely neglected or failed to make much of an impact”(Patterson Report, Page 2).

We have never lacked talented social policy analysts more than capable of producing insightful analytical reports with sound recommendations. What we have lacked is politicians and a national bureaucracy capable of implementing transformative policy.

The Patterson report goes on:

“The 2004 Task Force also strongly recommended institutional changes in the MOEYI, hardly any of which were implemented” (Patterson Report, Page 2).

We know that Jamaica is one of the most economically unequal nations on the planet (measured by the gini coefficient) – and the gap is increasing! If the recommendations of the Patterson Report are meaningfully implemented by the Holness government – or by a future PNP administration should they ever win an election – I will be very surprised.

A telling observation is that the Holness administration is moving to implement (at great cost) a compulsory sixth form “Pathways Programme”, which is not one of the recommendations of the Jamaica Education Transformation Commission. Prudence should have demanded that the Government at least wait for the publication of the Patterson Report before announcing any new initiatives. The churches and trusts that own and operate more than half of the educational institutions in the country – albeit with some government funding – have rejected the Sixth Form Pathways Programme. The fact that this programme is not recommended by the Jamaica Education Transformation Commission will support their case for its rejection.

In my view, the churches and trusts – which operate the best schools in Jamaica – have the best chance of being the source of genuine transformation of Jamaica’s education system. Their ethos is student-centered and values-focused, and they seek not just to transform education, but Jamaican society itself. In response to this report, they should become more strident in demanding meaningful change in the system.

One of the main obstacles to the implementation of any transformational policies in Jamaican education has been the teachers’ union – the Jamaica Teachers’ Association (JTA). If their members were effective at their jobs, our student performance would not be so low over the many decades. As a powerful union, they have resisted and blocked many of the recommended changes. Indeed, many JTA activists have risen to high places in the Ministry of Education and act as a fifth column.

Interestingly, and I don’t think I am reading too much into this, the JTA was not invited to sit on the Patterson committee – the Jamaica Education Transformation Commission. The committee report does not suggest that that organisation is part of the solution to the problems in education. I wish the Government well in bringing the teachers union on board, but they may not succeed.

Errol Miller has argued over many decades that Jamaica’s education system has marginalised Jamaican black men (see, e.g., his 1986 monograph the Marginalisation of the Black Male). Needed in the cane fields and coffee pieces of Jamaican plantations, any policy to educate black men would be resisted by powerful interests. There are 15 girls-only high schools and only seven for boys only in this plantation society. Co-educational grammar schools have twice as many girls as boys, and because adolescent girls are conceptually more developed than boys, in the same class, they run rings around them academically.

Despite what the feminists wish us to believe, our educational system favours girls and disadvantages boys. The Patterson Report provides hard data to back up this thesis. Improving the educational performance of boys requires transformation of the economic status of Jamaican males and more high schools for boys only. I am not sure Jamaica has the cojones for this sort of social engineering.

Strong families will enhance the performance of children in school, but that is not where we are at. In this sense, the churches have failed. Parents committed to each other will bring up children themselves able to live in committed relationships. Our highly sexualised society seeking to separate sexual intercourse from committed relationships works against good educational outcomes. I hope many will read the Patterson Report and will grasp its implications and will hold the Government to account for its implementation. I hope my hope will not be in vain.

Peter Espeut is a sociologist and a development scientist. Send feedback to columns@gleanerjm.com.