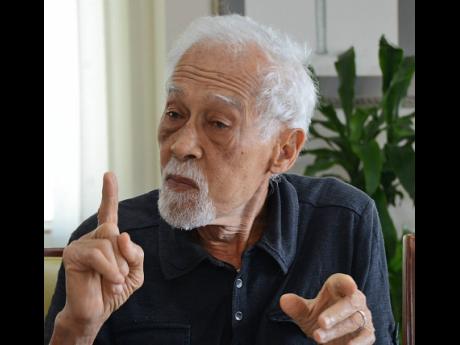 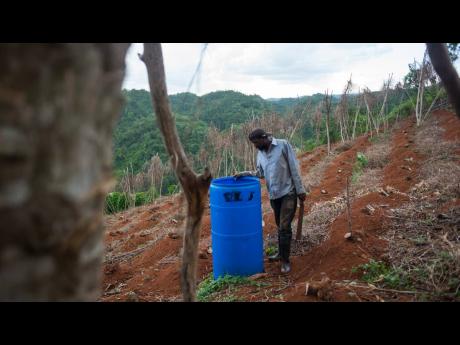 File
In this 2019 photo, Wensett Brown, also known as King, a 50-year-old farmer from Comfort Hall, in the Cockpit Country, Trelawny, is seen in his yam field.
1
2

The social impact of the bauxite-alumina industry on Jamaica’s small rural communities has been, for the most part, very hurtful. Communities were directly impacted by being forced to relocate or face mining pits literally in their front gardens.

Relocation meant loss of community as not all members were moved to the same sites, and some were ‘holdouts’ refusing to move. Those resettled generally also experienced a disruptive distance from family and old-time friends.

These impacts represent a failure of the Jamaica Bauxite Institute (JBI) in executing an important objective: lessening the disruption of community life.

This article presents the main conclusions from the study Red Dirt: A Multidisciplinary Review of the Bauxite-Alumina Industry in Jamaica commissioned by the Jamaica Environment Trust (JET). It considers the social impacts of the bauxite-alumina industry as presented in Chapter 4 of the study.

In Retreat, St Ann, the relocated fought for years to get basic facilities they previously enjoyed like water and electricity. Combined with different, often poor quality of new soil and loss of fruit trees, many of those resettled spoke of having to “start life over again”. In some cases, access to schools, the post office, and other facilities were another major hardship. Some communities shrank in size, which also affected school enrolment.

These experiences were more common in earlier relocations by Kaiser and Alcan. More recent resettlers were provided with concrete houses and modern facilities. However, their often semi-urban situations, and employment now meant lessened input in farming.

Bauxite mining also impacted the primary livelihood - farming - of several communities. The reclamation of mined-out pits to previous productivity, compulsory under the Mining Act (1947), never restored the depth or quality of topsoil sufficient to nourish deep-root plants like sweet potato or fruit trees or to resist heavy rainfall.

Such at least was the view held by 82 per cent of farmers in a 1981 survey and is a view still held today by many. Government inspection of the restoration process was extremely weak. The resulting low farm productivity was the likely reason for the increase in poverty that followed. Furthermore, deficient land reclamation has likely contributed to a decline in active farming in key bauxite parishes like St Ann and St Elizabeth and ensuing rural-urban drift.

COMPENSATION FOR LOSS AND DAMAGE

When complaints were made about the dust and noise caused by mining, the typical response from the Companies were: (i) cash compensations, which were tardy and insufficient according to villagers and (ii) social benefits such as playing fields, replacement of school pit latrines with flush toilets, tuition and scholarship grants, support for income-generating projects chicken/goat rearing and bee keeping, and technical skills training opportunities.

Other welcomed compensation for farming losses incurred were the greenhouses that JBI constructed in St Ann and Manchester, as well as water ponds by the bauxite companies. Under this J$245 million project funded by the Jamaica Social Investment Fund (JSIF, 2014-2019), 160 farmers in eight communities benefited. Comparatively, many hundreds of farmers also failed to benefit from this project. Poor or no maintenance of damaged greenhouses, often from high winds, meant large numbers of greenhouses have been out of operation for long periods as farmers lacked the resources to repair.

One beneficial outcome of the industry was the emergence of councils among its workers. Community councils had existed since 1938 through the work of the NGO Jamaica Welfare; however, for an industry workforce, this worker initiative was new.

The first of its kind for the bauxite-alumina industry was formed in 1990 in the ALPART Sports Club in St Elizabeth, immediately following a protest outside the factory gate by 2,000 workers over the dust nuisance from the nearby “mud lake”. Replicated in other factories with the encouragement and support of the JBI, the councils reached 17 in number, and before the pandemic, 15 were reportedly still active.

These councils presented an opportunity for the JBI and companies to mediate disputes. Company representatives would often chair the councils, allowing them to avert strikes. Workers’ objectives, on the other hand, were to control pollution from factories and restore productivity to community mined-out lands. Unfortunately, these were much less successful, particularly the second, as chairmen representing communities regularly neglected community needs to resolve their personal problems.

In St Elizabeth, where mining did not interfere with farming, namely southern areas like Junction, Top Hill, Ballards Valley, as well as Essex Valley’s Comma Pen and New Forest, a revealing story is told. Here, small farmers on just a few acres make a prosperous living by combining the traditional dry grass mulching with low-tech mist-blowers, plastic water tanks, weed whackers, and drip irrigation tubing. These farmers have an independence and quality of life free from the polluted atmosphere and stresses of the factory. Not only farmers but masons, carpenters, electricians, and merchants in this area declare they enjoy a better life than that of bauxite workers.

In summary, decades of complaints from the ground and recurring criticisms of governmental failure to channel industry benefits back into mining communities have been ignored. State agencies responsible for protecting people’s interests have not even collected basic data on the industry’s social impact. Without oversight, this major industry in bauxite-alumina has been allowed to trample on small farmers, destroy their culture and stifle enormous potential for the development of Jamaica’s self-reliance in agriculture and agroindustry.

This failure continues in the 2021-22 approval by the Natural Environmental Planning Agency (NEPA) of Special Mining Lease 173 in Cockpit Country. This approval comes in the face of severe and exhaustive criticism of its Environment Impact Assessment (EIA) for the damage it will inflict on forestry, underground water, and communities and farming. To prevent this, a drastic rethinking must be done of the leadership of both NEPA and the Jamaica Bauxite Institute and the primacy they should give to the needs of the environment and of community people.