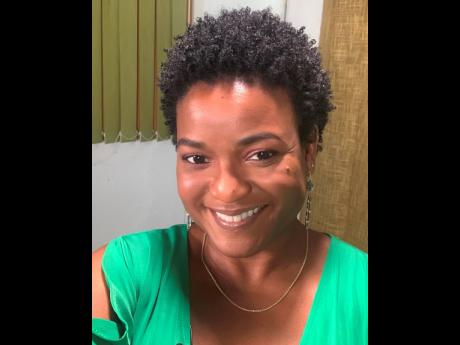 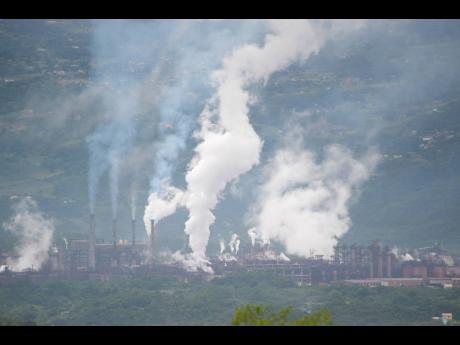 File
While the economic importance of the bauxite-alumina industry has been established, development must include considerations for the health of the people in adjacent communities.
1
2

The public health impacts of the bauxite-alumina industry in Jamaica are the focus of this article. These impacts have been explored using community complaints from across the island reported in the media and the review of the only three known studies of the impacts on the health of nearby communities.

The findings are limited by lack of health data from medical doctors, recent air-quality data, and the age of the studies. More importantly, these studies demonstrate that risks posed by the main pollutants from the 70-year-old industry are well-known and well documented.

Particulate matter (PM10 and PM2.5), commonly referred to as dust, is an air pollutant, consisting of solid and liquid particles suspended in the air. Many activities associated with the mining and refining of bauxite are sources of particulate matter including excavation, blasting, and transportation, fugitive dust generated by stockpiles, waste dumps, and haul roads, exhaust emissions from vehicles, among other activities. These particulates can result in serious health issues to those exposed.

The World Health Organization states that there is no ‘safe level’ for PM10 or PM2.5, and PM2.5 (very fine particles) in particular presents a stronger risk factor than PM10. Exposure to both can cause emphysema, pneumonia, tuberculosis, cancer, acute respiratory distress syndrome, respiratory distress syndrome, pulmonary oedema, and asthma. Other air pollutants, such as sulphur dioxide cause corrosion to building materials, including ‘zinc’ roofs, soiling of personal property and damage to crops and vegetation.

Community complaints regarding dust began in the early days of the industry but have produced little change in lived experiences. Residents who live in the proximity of bauxite mining areas, residue disposal areas (mud lakes), haul roads, and processing facilities have frequently and consistently complained of asthma in children, allergies, damage to roofs, contaminated water supplies, damaged personal property, lack of soil fertility, impacts on crops, noxious smells, and dust. Communities have also contested the amount of compensation given for the so-called “dust nuisance,” how it is distributed and to whom, also citing the industry’s failure to meet promises.

After almost 70 years, only one public health impact study on the bauxite-alumina industry has been completed by the Government of Jamaica. In 2008, a health impact assessment was requested by the Ministry of Health and conducted by the University of the West Indies and Yale University for the Jamalco facility in Clarendon due to a planned expansion (Jamalco, 2008). Despite being a requirement of an environmental permit, accessing this important document was very difficult despite using the Access to Information Act (ATI).

Ministerial intervention was needed. Even then, the HIA was provided without the appendices, which limited the depth of the review. The results indicated that there was no scientific basis to indicate that the plant was causing public health impacts in the study area or that a proposed expansion would have adverse impacts. Nevertheless, the community’s self-reported symptoms were that plant-related health impacts were occurring.

In 2007, I conducted a study titled “The reported respiratory illnesses in communities within the parish of Clarendon, and its association with environmental conditions, particularly bauxite activity”. This study investigated the pattern of selected reported respiratory illnesses in communities at specified intervals within a 10-kilometre radius of the Jamalco plant. It found that the average levels of PM10 and PM2.5 exceeded the national acceptable average of 50μm/m3 up to six miles from the bauxite processing plants.

The particulate matter measured within the study area had aluminium and sodium particles, both associated with bauxite mining and processing. A key recommendation from this study was that an objective epidemiological study should be conducted to determine any deviations in the norm of the health status of communities impacted by industrial activities, specifically the bauxite-alumina industry. To the best of my knowledge, this has not been done.

The third and latest study was done in 2015 – a health survey commissioned by the Jamaica Environment Trust (JET) conducted in select mining communities in Jamaica (by Dr Homero Silva, a public health specialist and lecturer at The University of Technology, Jamaica). Four communities were selected: those in the proximity of the Jamalco Alumina Refinery (Hayes, New Town in Clarendon) and those not in the proximity of a refinery, also known as the control group (Lionel Town in Clarendon and Albion in St Thomas). The study found that: (i) 64.7 per cent of the respondents from Hayes New Town rated the air quality as unacceptable, compared to one per cent in the control communities; (ii) with the exception of hives/rashes and BMI, it was highly likely that mining and quarrying operations were having adverse impacts of varying degrees on the health of residents; (iii) Jamaican ambient air-quality standards were inadequate to protect public health.

Despite the many complaints of residents and findings of these studies, the industry has not accepted responsibility for the negative impacts to air quality and, therefore, public health. Instead, the response has typically been (a) it’s not our dust, there’s lots of dust from other sources, e.g., cane fires; (b) deflection about the benefits provided to communities from the industry as if this should eradicate the public health concerns; and (c) denial of the experience of communities, while at the same time paying ‘dust nuisance’ compensation to those living within a specified radius of the plant.

While the economic importance of the bauxite-alumina industry has been established, development must include considerations for the health of the people in adjacent communities. Prior to expansion of the bauxite-alumina sector or the implementation of any industrial development it is critical to understand the potential health impacts of the development. Stronger zoning regulations and enforcement are also needed. In approving new residential locations, consideration should be given to proximity to large generators of dust. Additionally, the GOJ should establish permanent ambient air-monitoring stations near to bauxite alumina plants and other industrial areas to allow for continuous and independent monitoring of criteria pollutants. The Air Quality Regulations (2006) should also urgently be revised to include PM 2.5.

Finally, the GOJ and the bauxite-alumina industry should urgently conduct the objective epidemiological study announced in January 2022 with regard to properly understanding how the health status of communities has been impacted by the industry.

The RED DIRT study can be found at https://www.jamentrust.org/.

Patrece Charles, PhD is a commissioned justice of the peace in St. Andrew and is the founder and the chief executive officer of the Phoenix Counselling Centre. Send feedback to jamaicaenvironmenttrust@gmail.com.