Imani Tafari-Ama | Lady Saw and Bounty Killer: The slackness of poverty and violence 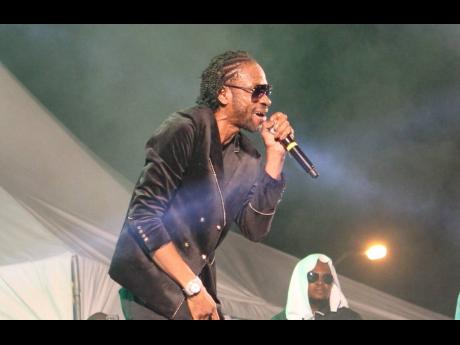 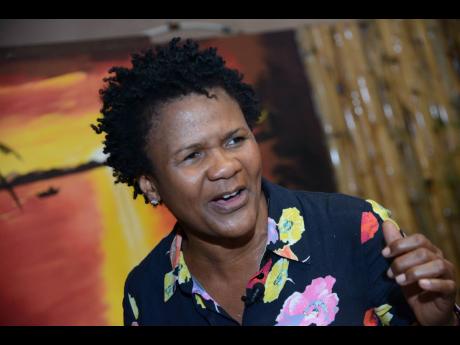 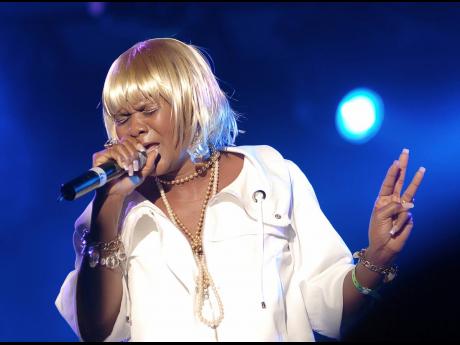 Many heads swivelled when the notoriously salacious Lady Saw switched identities and became Minister Marion Hall. Before the ink was dry on that reinvention of self, the dancehall diva subjected her fans and critics to more shock waves by announcing that she was returning to her singjay platform. In an interview I did with her in 1996, Ms Hall confessed that she was a sincere Christian at heart.

From a marketing perspective, however, she capitulated to the truism that sex sells when she realised that she was not making the headway in the dancehall business that her male counterparts took for granted. She acknowledged that her representation of herself as the Queen of Slackness was a strategic move to make money in a male-dominated industry, that was catalysed by lyrics that accentuated sex and violence.

When Lady Saw was in her heyday as the number one female deejay in Jamaica, she sang a song themed about slackness. This release was as unexpected as the Prayer of Jabez stuck in the middle of that everlastingly long section in the Bible, which talks about who begat who. In this satirical rendition, Lady Saw defended her faithful allegiance to the subjects of embodiment and desire. She refuted her detractors, suggesting that the double standards that run the society should, instead, be exposed to critical scrutiny.

Slackness is when the road waan fi fix

Slackness, when politician issue out guns

So di two party a shot dem one another down.

The people in St Thomas and Portland, who blocked the road to protest against the deplorable conditions facing the travelling public due to the Southern Coastal Highway Improvement project, could certainly join Saw in the first line of this refrain. As for the rest of the stanza, the reprisal killing syndrome that has been normalised in many inner-city communities also bears witness to the architecture of violence that was politically constructed and has now spiralled out of control.

The authorities have had to concede that gangsters and itinerant gunmen are fearless, own state-of-the-art weapons and pose a clear and present danger to those in the direct line of fire. The psychosocial havoc wreaked by the perpetrators of violence also has a boomerang effect on all of us who suffer the collateral damage of secondary trauma.

Since up to this point in her career, it was unexpected for Lady Saw to perform in the role of philosopher, her slackness earned her nods for the political content of the song and inspired a second listen. The deejay ranted further:

When you say “slack”

Don’t point yuh finger at me

Government seh “Education, it is always di key”, but

Tell me now, how…could it be

In popular parlance, Lady Saw is proposing that to be poor is a crime. This offence causes a domino effect of needs and wants at the ground level. As Saw argues, the slackness syndrome also saturates the system of governance, which reinforces everyday hardships.

Lady Saw sings an unlikely duet with the outlaw Bounty Killer, who also plumbed fathoms in the political philosophy of development. Killer asks whether the authorities possess the will for transformative change. His rendition of Look into my Eyes pries open the proverbial Pandora’s Box to reveal the entangled reasons for the seething cauldron of discontent which, typically, sears through the well-being fabric of society’s subalterns. Bounty Killer forges an explicit connection between poverty and crime.

Look into my eyes, tell me what you see?

Can you feel my pain? Am I your enemy?

Give us a better way, things are really bad,

The only friend I know is this gun I have.

Listen to my voice, this is not a threat

Now you see the Nine are you worried yet?

You’ve been talking ’bout you want the war to cease

But when you show us hope, we will show you peace.

The criminal activities of some young men and the prevalence of teenage parenthood are usually cited as the main problems that prevent people in inner-city communities from escaping the confines of their social condition. These are endemic challenges but to blame the victims/survivors for their social disadvantage deflects attention from the impact of prevailing power structures on citizens from underserved communities and the extremely limited alternative options that are available to them. As the popular warlord exhorted in this vein:

Look into my mind, can you see the wealth?

Can you tell that I want to help myself?

But if it happen that I stick you for your ring

Don’t be mad at me it’s a survival ting.

Look into my heart, I can feel your fear

Take another look can you hold my stare?

Why are you afraid of my hungry face?

Or is it this thing bulging in my waist? .…

The scarcity of material capital gives greater impetus to embodied practices that enable the subordinated to acquire symbolic and material power. Of course, understanding the contradictions does not absolve the culpable from responsibility. Still, Bounty calls for empathy.

Look into my life, can you see my kids?

Let me ask you this, do you know what hungry is?

Well in this part of town, survival is my will

For you to stay alive you’ve got to rob and kill.

Look into my house would you live in there?

Look me in the eyes and tell me that you care,

Well, I’ve made up my mind to end up in the morgue

Right now I’d rather die, ’cause man a live like dog.…

This frightening and seemingly hopeless situation is what led Bounty Killer to pen these lyrics, words for which he was roundly and soundly criticised by polite Jamaican society. However, a careful review of the words to Look Into My Eyes makes it clear that this is the most profound song Bounty will probably ever write.

Rather than being a glorification of the 9 mm gun and the bad man lifestyle, the song is, instead, a desperate appeal on behalf of the poor for help to find an alternative way. Social re-engineering requires joined-up institutional planning, budgeting and sustainable development implementation packages.

Dr Imani Tafari-Ama is a research fellow at The Institute for Gender and Development Studies, Regional Coordinating Office (IGDS-RCO), at The University of the West Indies. Send feedback toimani.tafariama@uwimona.edu.jm.