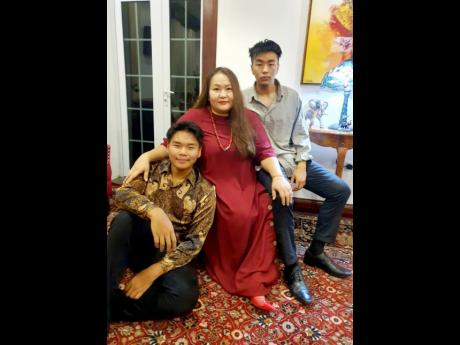 “Youth fades; love droops; the leaves of friendship fall; a mother’s secret hope outlives them all,” these words by Oliver Wendell Holmes, though poignant, convey a sublime message – and this is not without good reason. While all human bonds form in the social space after an individual is born, the mother-child bond predates it. By a complete nine months.

The role of mothers in shaping one’s life is recognised by different societies differently. The Hindus celebrate ‘Navratri’, a nine-day pious period of reflection and fasting for Goddess Durga, symbol of motherhood and femininity. The Greek cult of Cybele, the mother deity Rhea, the Roman festival of Hilaria, and the Christian Mothering Sunday celebration is also in the same line. Celebrated on the second Sunday of the month of May, Mother’s Day is also one such occasion when we honour mothers and the institution of motherhood.

Right after birth, the mother ensures the safety of the offspring, even if that means sacrificing her own life. Not only protection, but feeding the child and passing on vital surviving tricks is also done by the mother. She is also the first teacher and role model, inculcating speaking skills, ways to comprehend the world and navigate it. She is also responsible for making sense of the emotions of love, respect, and values of patience and honesty for the impressionable young mind. Many cultural traits are also passed on by the mother to the child. So much for nothing material in return. Just the bliss of motherhood. You will hardly find any mother backing out from fulfilling these functions, so much so that we take it as a given. A rare constant in this very heterogeneous world, where everything always seems to be in flux.

This constant is across cultures, from the South Asian subcontinent to the European countries, from the African societies to the Americas. It has also been constant across time, from today’s 21st century to the early Stone Age. And not only in humans, but also among other creatures. Ever seen a tigress protecting her cub from predators? Or a bird dropping food grains into her hatchling’s beak? It will not be a stretch to say that life would not have been possible without motherhood. Perhaps, there is some strange power to the sound of the word ‘Mother’ that even unrelated cultures have similar words for it. Indians call her ‘ Ma’, the Spanish ‘ Madre’, the Arabic ‘ Um’ and the Chinese, ‘ Mûqîn’ (pronounced Mochin).

Many argue that the State and patriarchy have conspired to alter the definition of motherhood to suit their ends at different points in history. Thus, in the mid-eighteenth century, when industrialisation and colonialism demanded the production of a healthy, growing population, the mothers were encouraged to give birth to more children, and stay at home to rear children for providing soldiers and labour. They were also the transmitters of the concepts of racial superiority and other values that society demanded. The ‘bliss’ of motherhood was also promoted by the Christian Church as the highest calling for women. The woman was expected to devote her heart and soul to caring for the child. The ‘cult of motherhood’ was developed as a combination of a biological imperative to reproduce and a social imperative to provide stabilising and moral influences for children and society.

However, this concept of ‘intensive’ motherhood has changed in recent times. As feminism has gained ground and it has become ‘normal’ for women to go out and work, the responsibilities associated with motherhood have also become more ‘diffused’. ‘Biological’ motherhood has been increasingly differentiated from ‘social’ motherhood. It is also not uncommon to see the male performing duties for the child that were seen as feminine, not more than a century ago. Yes, we need to adapt to the changing times.

An ardent believer in Christian doctrine and as convinced as I am now of the significance of motherhood, being a mother of two teenage boys, the definition of motherhood goes much beyond the ability to simply nurture infants and children. Mother, most importantly, instils in the child the love for life and not only the wish to remain alive.

If God is love and if the human being was created in His own image (Genesis 1:27) then we inherit the capacity to love from God. Not discounting the love of a father, the unconditional love of God to human beings, I think, is most manifested and conveyed through mothers. Or else, may I say ‘God the mother’ (at the risk of invoking theological censorship from the patriarchal church leadership) would not have said “Can a woman (mother) forget her sucking child, that she should not have compassion on the son of her womb? ...” Isaiah 49:15. Again in Luke 13:34, “ … just as a hen gathers her chicks under her wings”, the image of mother is brought into effect to convey the unconditional love of mothers. Scripture is replete with such references.

If you feel loved, remember, that feeling of being loved flows, originates from the unconditional love of mothers. A wise son brings joy to his father, but a foolish son grief to his mother. (Proverbs 10:1). However severe may be the wrong committed by a child, mother grieves (out of love) and wets her sleepless pillow while the father clenches his fist in anger. That is your mother.

As we celebrate mothers on this occasion, I would like to evoke Proverbs 31:10-31 where the virtues of the woman of noble character are listed. It may not be possible for any woman to have all these attributes. But all women have many of these traits that make them not simply mothers, but moms. “Her children arise and call her blessed; her husband arises and praises her”. (Proverbs 31:28).

Zingcharwon Rungsung is the spouse of the high commissioner of India in Jamaica. The views expressed in this article are personal. Send comments and feedback to cons.kingston@mea.gov.in