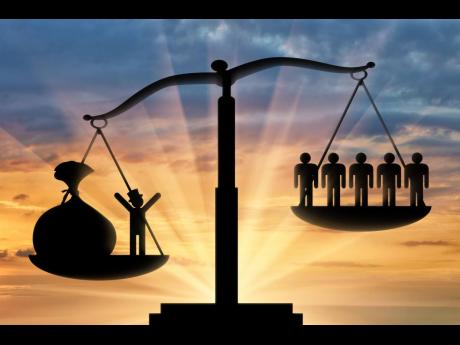 iphotos
Wealth in Guyana has been a function of access to state assets. The current inequalities in Guyana have been traced to 15 discriminatory acts taken by the Dutch, British, and post independence governments of Guyana. 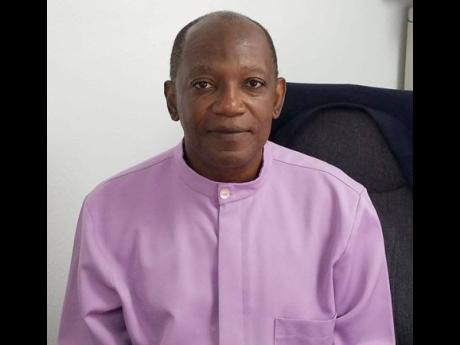 Guyana is one of the most intense, nuanced, and racially divided countries in the CARICOM Reparations initiative. It is the only country in the Caribbean, and perhaps in the world, that has an explicit “reparations bill” that was unanimously passed in Parliament by a post-independent society.

Known as the Amerindian Act of 2006, and signed by then President of Guyana, Bharrat Jagdeo, on March 14, 2006, 40 years after Independence in 1966, this unanimously passed parliamentary bill gave approximately 60,000 Amerindians (who represented 13.8 per cent of Guyana’s population) a National Toashao’s Council of Amerindian Leaders (now over 200 leaders); an Amerindian Development Fund; and a Ministry of Amerindian Affairs, which in 2015 received eight per cent of the National Budget.

The Amerindian Act of 2006 gave these rights to nine Amerindian Tribes. What the Guyana Reparations Committee has revealed in its Guyana Reparations Story is that three of the nine tribes, the Wai Wais, the Wapishanas, and the Macushis, covered by the Act, came to Guyana 200 years (Wai Wais) to 100 years (Wapishanas and Macushis) after enslaved Africans were brought to Guyana. As a matter of historic record, none of these three tribes were here during the 1763 Berbice Slave Rebellion.

This reality has created racial and political hostilities in the country. The Guyana Reparations Committee contends that reparatory justice for the African enslaved and their descendants in Guyana falls far short of what is deserved for their sacrifice and the contributions they made to Guyana throughout slavery and colonialism. The Committee claims that 18 per cent of Guyana should have been given as a form of reparatory land justice to Africans in Guyana during the Land Commission of Inquiry of 2018.

This claim is primarily based on three historical facts: that approximately 473, 000 Africans died to build Guyana between 1620s and 1834 (as a result of enduring more than 200 years of brutal labour); Africans had cleared 15,000 square miles of the Guyanese brutal coast to make Guyana hospitable (more than all the combined land cleared by enslaved Africans in the rest of the Caribbean); and, three of the nine tribes given land through the Amerindian Act of 2006 came to Guyana after Africans were taken to the country.

History has also recorded that captured and enslaved Africans in Guyana had driven back the sea and had cleared, drained and reclaimed 15,000 square miles of forest and swamps. This is equivalent to 18 per cent of Guyana’s 83,000 square miles. They were also responsible for clearing the equivalent to nine million acres of land. In short, all the fields on which the sugar estates are now based were cleared, drained, and irrigated by African labour forces. All the plantations, now turned into villages and cities, were built by unpaid African labour. In the process of building these plantations, careful research has shown that Africans installed 2,580,000 miles of drainage canals, trenches, and inter-bed drains; 3,500 miles of dams, roads and footpaths; and 2,176 miles of sea and river defence. In order “to build the coastal plantation alone, a value of 100,000,000 tons of earth had to be moved by the hands of African slaves” (without machinery). (Venn Commission).

Today, with oil in Guyana, Africans are essentially locked out of this new economy because of the lack of generational wealth. Indentured servants who came to Guyana 200 years after Africans were brought to the country were given significant economic advantages over Africans. They were paid, kept their culture, and were financed and encouraged into the rice sector, while Africans, the first growers of rice, were burnt out of rice. Wealth in Guyana has been a function of access to state assets. The current inequalities in Guyana have been traced to 15 discriminatory acts taken by the Dutch, British, and post independence governments of Guyana (see the Guyana Reparations Story). All other groups have been advantaged through state assets, unlike African Guyanese.

The Guyana Reparations Committee is very cognisant of the anti-Blackness attitudes that exist in the country. This has made its approach to reparations very nuanced. Fully supporting the CARICOM Reparations Commission’s mission to obtain reparatory justice for crimes against humanity from nine European countries, the Guyana Reparations Committee and Africans in Guyana ponder the lack of support from other CARICOM countries for reparatory justice in Guyana and from the Government of Guyana. They seek the same level of support that was granted to Amerindians who were protected by laws by both the Dutch and British, and who hunted runaway Africans and Maroons in Guyana for payment by the Dutch and British. History has also shown that the 1763 Berbice Slave Rebellion was partly defeated by the significant role of Amerindians who blocked Cuffy’s northern path and of Amerindians who were used to hunt down those in the rebellions.

In summary, the Guyana Reparations Committee, which has met every Thursday since 2014, and which on a weekly basis has 40 plus members of the public attending, will continue to operate in the duality of its purpose, namely: to be part of the CARICOM Reparations Initiative as well as build its case for reparatory land justice in Guyana before the oil rush of foreigners accelerate the land and wealth inequality gaps in Guyana. This has its own racial consequences and begs the question, “If Africans are given reparatory justice in Guyana will it help CARICOM’s moral and legal claim for reparatory justice from Europe?”

Eric Phillips is chair, Guyana Reparations Committee, The views expressed by him do not necessarily represent that of the Centre for Reparation Research . Send feedback to reparation.research@uwimona.edu.jm or eric.phillips@uog.edu.gy