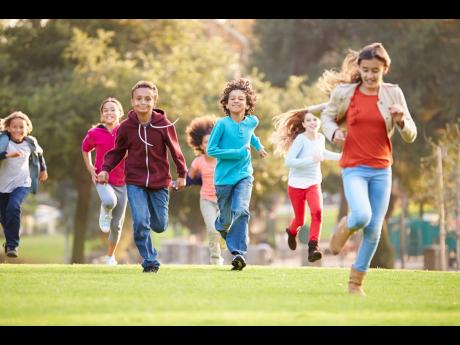 The country is in a shambolic state (and, for the most part, it’s not because of a lack of trying). We are laden with distrust, despondence, desperation, hopelessness, and anxiety, among other things, due to the plethora of challenges bombarding us...

The country is in a shambolic state (and, for the most part, it’s not because of a lack of trying). We are laden with distrust, despondence, desperation, hopelessness, and anxiety, among other things, due to the plethora of challenges bombarding us every day, everywhere we turn. People are seemingly becoming more and more depleted. Their resilience is waning. They are hankering to experience the Jamaica that is to be the place of choice to live, work, raise families, do business and retire.

One wonders where is the better that is to come, the better that we have been promised so many times, for so many years. Instead, we seem to be inundated with news relating to death as a result of illness, motor vehicle accidents, and, of course, crime and violence. The cost of living is unbearable for so many people. Business and consumer confidence have reportedly gone down. You listen to the radio daily and there are so many calls about issues with infrequent garbage collection, water woes, and piss poor customer service in the public and private sectors, among other things.

We need hope. Desperately. Even a glimmer of it.

Earlier last week, Lothan Cousins and Pearnel Charles Jnr, both members of parliament, representing Clarendon South West and Clarendon South East, were on Cliff Hughes Online to respond to a call by a constituent about the water, garbage and other challenges faced by residents in both constituencies. It was refreshing hearing both men explain the situation and the actions they have taken individually and collectively. It’s not often you publicly hear politicians in unison. Cousins was keen to point out that there is a time for adversarial politics. Their focus, now, is the people’s business.

Truthfully, there are issues that should easily unite both major political parties to work together for the collective good of our people, especially the most vulnerable and marginalised. But this seems most difficult for our leaders to grasp. There should be a national consensus about fixing the education system, for example. Political leaders need to work together to provide better educational opportunities and ensure better outcomes for the majority. This goes for civil servants, as well, as there are times you have to ask if ministries, departments and agencies appreciate the urgency of the situation, and are talking and working together or busy defending turfs.

Though there has been improvement, the data for education have been about the same for several years. There have been lots and lots of initiatives, more money spent, more public discussions and yet just about 30 per cent of students leave secondary school with five subjects, including math and English. A travesty, if you ask me. Most certainly, an indictment on our political leaders and senior technocrats across administrations.

If you look at the Education for All report(s) for Jamaica, from the early 2000s, for example, you see that we are sort of stuck. Enrolment isn’t bad but the quality of education across public schools has been in question for years. Dropout rates, among boys especially, around third form is seemingly a consistent challenge. There are lots of issues with early childhood and special education. Overall, we have to contend with, inter alia, teacher student ratio, in some schools, limited resources, poor infrastructure. Lots of these things were highlighted by students when we did consultations for the Education Transformation Team around 2007/2008. We’re stuck.

How do we pursue national development if across administrations, the schools, the students, the teachers, the parents, the communities that need the most help and attention seemingly do not get the support they so desperately need? We should not be able to easily count the so-called ‘good schools’. Most parishes seem to only have two to three top tier public schools that really offer more than a handful of students a real chance of a future with the requisite qualifications for their advancement. One sincerely hopes that the implementation of the recommendations from the Patterson-led review of the country’s education system and the PSOJ/JCF-led Project STAR as well as other initiatives will help to address the challenges, inspire hope and, importantly, make things better.

We have to find a way to engender and sustain hope and pride in our nation. We are a proud people but that flame and pride in us quickly disappears. The state of affairs in our country breaks many of us. Too many of us. By the time we’re young adults, we are laden with despair.

- Jaevion Nelson is a human-rights, economic and social justice, and inclusive development advocate. Send feedback to columns@gleanerjm.com and jaevion@gmail.com, or follow him on Twitter @jaevionn.