Patricia Green | Include the poor in development 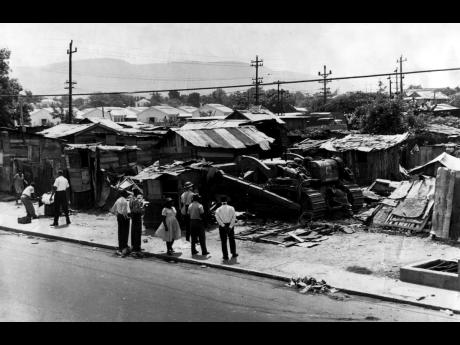 Gleaner Archives
In this 1966 photo a bulldozer demolishes a squatter settlement. Sadly, the government continues to perpetuate the action of squatter removal of the poor in the absence of any housing provision for them. 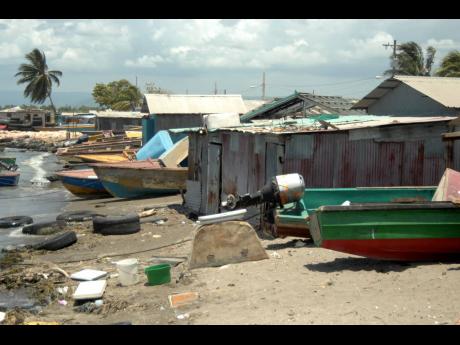 File
Alongside the current development upsurge in the nation, what is the policy outcome for requisite mass-housing provision for the poor with Jamaica having 20 per cent squatting?
1
2

We sing as a prayer the national anthem: “Eternal Father bless our land, guide us with Your mighty hand”. With 60 years of this anthem, I highlight biblically that there will always be poor people; therefore God has commanded us in Deuteronomy to be openhanded toward those who are poor and needy in our land. Proverbs adds that if we will not help the poor, then we should not expect to be heard when we cry out for help.

From the 1930s, the colonial government Central Housing Authority focused on the dire housing needs in Kingston, St. Andrew and St Catherine and acquired a 200-acre land parcel ‘Trench Pen’ [Trench Town] in Western Kingston. It erected traditional Jamaica-vernacular-architecture style single-and double-storey nogg timber-framed houses for rent by the poor. These schemes contained various configurations, primarily with compounds or yards having shared communal bathroom, kitchen and storage facilities. Bob Marley sang about one of these government yards in Trench Town in his famous reggae song No Woman, No Cry.

The travesty of COVID-19 lockdowns inside poor communities saw citizens arrested or hoarded by the police to remain indoors, ‘tan-a-yu-yaad’, unmindful of the design of these neighbourhoods for outdoor living and communal lifestyles. Persons sleep in one area, shower, cook and eat in other sometimes distant areas. Fashionably labelled ‘Jamaican culture’,it stems from the historic plantation lifestyle during rural and urban enslavement. The pattern became entrenched by the colonial government housing solutions for descendants of freed Africans in the form of the government yards that are still occupied today. In the urban setting this means living on the streets.

The latest infringement on the rights of the poor inside their neighbourhoods is the zones of special operations (ZOSOs) under the Special Security and Community Development Measures Law aimed at curbing the nation’s crime through security force occupation of communities considered vulnerable.

The 1960s census revealed that an estimated 60,000 new families had formed, reports the 1976 Area Handbook for Jamaica. In the absence of housing for those families, sub-division occurred on existing urban housing plus the erection of makeshift houses called ‘shanties’/shacks. Shanties were primarily all established in urban settings of Kingston and St Andrew and all Parish capitals. Because of urban migration, the housing total declined predominantly in the remaining rural areas because they became vacant, were abandoned, or were torn down. Like so many Jamaicans, my own parents met in Kingston in the 1950s, originating from rural St Andrew and Trelawny, respectively.

In West Kingston, the very poor squatted in ’Back-o-Wall’/‘Dungle,’ the rubbish heap portrayed poignantly by Orlando Patterson in his book The Children of Sisyphus. In 1963, the year after Independence, several shanties were demolished in Back-o-Wall for a new low-cost housing estate called ‘Tivoli Gardens’.’Stemming from an outbreak of gang warfare in West Kingston, including sporadic political clashes, government announced it would flatten the shanties, so citizens were to vacate by midnight Monday, July 11, 1966. The government planned to expand the Tivoli Gardens estate, plus create an industrial development in the area, without firstly providing any alternative housing and/or sites to relocate the poor. The Opposition party raised objections. Some churches assisted approximately 50 families. “To be poor is to be a fit subject for crime and hell … the hungry man steals bread and thereby breaks the eighth commandment; by his state he breaks all the laws of God and man and becomes an outcast.” philosophises Marcus Mosiah Garvey.

‘Bulldozers clear three shanty towns’ was the headline in The Gleaner of July 13, 1966. The Public Works Department and the Ministry of Housing levelled and burned over 800 shanties. A 300-strong police detachment stood by, while extra police were posted at Jamaica House, Gordon House, all government ministries and the Duke Street headquarters of the Bustamante Trade Union. The squatters continued their exodus, moving their shacks, whole and dismantled, on trucks, hand-carts and animal-drawn buggies to resettle at May Pen Cemetery, Moonlight City, Tower Hill, Sligoville, and Riverton City. The poor and their children braved “the huge towering flames and intense heat to retrieve items of furniture, building boards and posts they failed to move out before the operation began.”

By the summer of 1967, Desmond Dekker and the Aces’ rude boy anthem, 007 became one of the first Jamaican-produced recordings – “Dem a loot, dem a shoot, dem a wail; A shanty town; Dem rude boys get a probation; A shanty town.”

So, alongside the current development upsurge in the nation, what is the policy outcome for requisite mass-housing provision for the poor with Jamaica having 20 per cent squatting?

Sadly, the government continues to perpetuate the action of squatter removal of the poor in the absence of any housing provision for them. The National Housing Trust (NHT) was established in 1976 so homeownership could be facilitated by it as a public mortgage body building homes and subsidising loans for purchasing. The NHT ‘Strategic Mandate Review Commission Report’ (November 2017) identified only two sites, Belair in St Ann (140 units and 116 service lots), and Providence Heights in St James (320 units and 54 service lots) as planned developments to facilitate removal of squatters from nearby communities. However, its planned temporary relocation of squatters to facilitate these were delayed because citizens in communities adjacent to those earmarked lands objected strongly. Have the dislocated poor squatters become final recipients of the Belair and Providence Heights developments?

UWI-Caribbean Policy Research Institute, states NHT taxes poor and rich alike, but “the NHT does not benefit its neediest contributors”, The 2021 NHT Ruthven Towers development has come under public questions about affordability by contributors.

Pauline McHardy in the Inter-American Development Bank ‘Rental Housing in Jamaica: From the Old to the New,’ promotes rental housing for the lower-income poor. Renting has been ignored or discounted as an option since 1970. Instead, government promoted homeownership, credit access, also infrastructure and services provisions. Would the private sector be able to re-invigorate these rentals?

Kudos over the opening of the ROK Hotel in downtown Kingston. Executive chairman of PanJam Investments, Stephen Facey, stated, “The longer we wait, the longer we postpone the benefits of investments in the overall development of our country.”

Let us also include the needy and poor in this investment agenda as we commemorate Jamaica’s Diamond Jubilee.