Gordon Robinson | What is love? 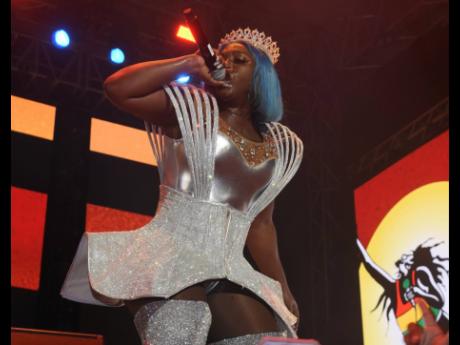 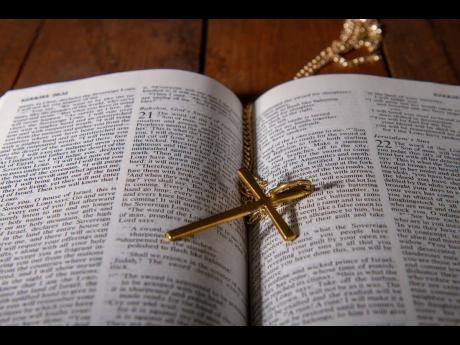 File
Remember that Jesus also made it clear that loving God and loving yourself was the same thing when He taught God is within us. If God is within us, then we love God by loving ourselves. Since God is within ALL of us, we should also love our “neighbour” as our self because our neighbor IS our self.
1
2

So what is love?

Geraldine Jones used to define love flippantly (see what I did there?). She would say “Love is a feeling you feel when you’re about to feel a feeling you never felt before!”

Cute but wrong. Love isn’t a feeling. It’s a process. It’s a journey towards fulfillment of purpose. Love is our life’s purpose.

The journey begins with developing self love. The one true Old Testament promise made by God (“true” because it was endorsed by Jesus) was that if you love yourself and love your “neighbour” as if he/she were you, then your life will be devoid of sin, shame, guilt, or lust and instead lived in virtue, honour, and freedom. Christian mind enslavers call this promise “The Ten Commandments”, but clear thinkers know it was, in reality, a unilateral contract between God and those parts of God sent to this relative world to experience relativity (which we call “real life”).

That this is the case is incontrovertible unless you are one of the religiously righteous anxious to control as many minds as possible on your way to as many wallets as possible. In that case, you have no option but to ignore Exodus 19:4, where Moses reported on his hillside chat with God, who allegedly urged obedience to “My covenant”. And Jesus’ endorsement is reported in more than one Gospel. Matthew 22: 36-41 records the cross-examination of Jesus by a lawyer trying to entrap:

“Master, which is the great commandment in the law?

This is the first and great commandment.

And the second is like unto it, Thou shalt love thy neighbour as thyself.

On these two commandments hang all the law and the prophets.”

The lawyer’s training caused him to frame the question as leading, so he used the word “Commandment” (or maybe this is simply the product of a lazy translation from Aramaic), and Jesus no doubt felt that the substance of the answer was more important than semantic nit-picking. But the gravamen of God’s unilateral contract (or covenant) remains. Love God. Love yourself. Love all humans as you love yourself.

Remember that Jesus also made it clear that loving God and loving yourself was the same thing when He taught God is within us. If God is within us, then we love God by loving ourselves. Since God is within ALL of us, we should also love our “neighbour” as our self because our neighbor IS our self. More in a future clarity session, but for now, focus on “And the second is like unto it”.

It’s vital to understand that you can never experience true love before you find it within you to love yourself. THAT’s the first step in a lifetime process of becoming and eventually being Who You Really Are. You won’t be able to find you in a crowd. You can only find you in silence. Ignore the glitz, glamour, or façade you show the world. It’s all illusion. Find, and accept the real you.

Having found yourself, you must be prepared to unconditionally love that person. This will be easy when you realise you have no choice. Who you are can’t change. Who You Really Are lies deep within your spiritual origin and final destination. So you either love who you are and accept your destiny to become Who You Really Are or live in fear, misery, pain, and woe. Your choice.

Loving yourself will lead to many great things. First and foremost, you’ll find it easy to change any self-destructive behaviour. Just as your “love” for another person leads you to protect them from danger, so you’ll understand that your antisocial behaviour (different from antisocial nature) is self-destructive, and the only way to save yourself is to change your behaviour. You’ll find yourself inhabiting a higher existential plane where you can distinguish spiritual reality from worldly illusion.

Then you’ll recognise true love when it presents itself. It’ll have NOTHING to do with superficial appearance and everything to do with recognising when your aura connects with another’s so that they become inseparable. This can happen spontaneously or over time (for example, during the course of an “arranged” marriage). When it happens, it lasts forever. Nothing and nobody will be able to separate two auras that have become one.

Mark you, superficial temptations can arise because God needs us to experience all this relative world has for us.

A certain smile, a certain face

can lead an unsuspecting heart

on a merry chase.

A fleeting glance can say

so many lovely things.

Suddenly you know why my heart sings

But these experiences only affirm the difference between true love and temptation. Temptation, despite being expert at manipulation and deceit, is temporary as Jesus proved in the desert. And fake. Temptation can linger like an unwelcome loiterer sulking after a failed robbery attempt. It keeps trying. But true love always triumphs.

John Royce Mathis, born September 30, 1935, is one of the best popular music singers of all time. His silky smooth, clean, pure, and melodic voice, delivered with an exquisitely velvet vibrato, has endeared him to music aficionados for almost 70 years.

In 1958, he appeared in a movie named A Certain Smile as a bar singer who sang the title song (written by Sammy Fain and Paul Francis Webster). In 1959, he recorded a cover of the original movie song that became an everlasting sensation.

Johnny Mathis’ journey to finding himself was long and winding. In a 2017 CBS interview, he finally confirmed he was gay. He said: “I come from San Francisco. It’s not unusual to be gay in San Francisco. I’ve had some girlfriends, some boyfriends, just like most people.” Previous hints (including a 1982 US Weekly interview, where he was quoted as saying, “Homosexuality is a way of life I’ve become accustomed to”) led to death threats from sad, pathetic victims of that dreadful anxiety known as homophobia.

So for Johnny Mathis, the journey to finding himself, and, more importantly, loving himself, was tortuous. But sixty-odd years after he started singing, he has found the freedom to be himself. He’s still performing although his planned October 7 concert in Englewood, Colorado, is postponed for a month.

Johnny Mathis, one of the best that ever did it, I wish you love.

Love has no genre, no race; no class; no creed; no nationality; no sexual orientation. Johnny Mathis’ story has iterations, but it takes spiritual insight and an out-of-the-box microscope to see them as such.

In Jamaica, Generation Y’s idea of “Dancehall Music” has come under intense criticism for exposing what our society has become. For those living in gated bubbles or restricted mindscapes, these dancehall messages are as essential eye-openers as were Ken Boothe’s Freedom Street (commenting on the time’s repressive policies on expression and learning); Jimmy Cliff’s Many Rivers to Cross (describing the plight of the downtrodden but determined “vulnerable”); or Bob Marley’s very philosophical Redemption Song (tracing our historical enslavement and calling for more than political independence). It’s a little known fact that that last classic was covered by none other than Country music legend and Honorary Jamaican Johnny Cash.Society’s values, attitudes, and behaviours have changed radically since the early days of dancehall. If we listen to modern dancehall instead of pooh-poohing it from a diaphanous chimera of imagined superiority, we may find a way to address the social decay it describes.

So Johnny Mathis sang of the dangers of confusing superficiality with love. Today, Grace Latoya Hamilton (a.k.a. ‘Spice’) delivers the same message but in today’s language, using today’s images.

The multitalented hip-hop-dancehall artiste recently “dropped” an extreme video to promo her new album in which she brandished a tape measure seemingly intended to measure an instrument attached to a male co-star. Since that instrument couldn’t possibly be desirable to or even functional for any woman (unless of a self-destructive orientation), the message must be to beware superficiality.

But I take the promo together with the title of her new album ( Emancipation) to mean that she has taken Bob’s advice and emancipated herself from something in her past, whether a failed relationship or concept of self. Either way, she may use superficiality to sell albums and support her children, but she clearly understands the spiritual emptiness of that popular fixation. This seemed to me proven by her seminal recording, Black Hypocrisy, which is worthy of keeping company with any of the classics.

So to Grace Hamilton, a modern Madonna, and an artistic daughter of Johnny Mathis, I wish you love.