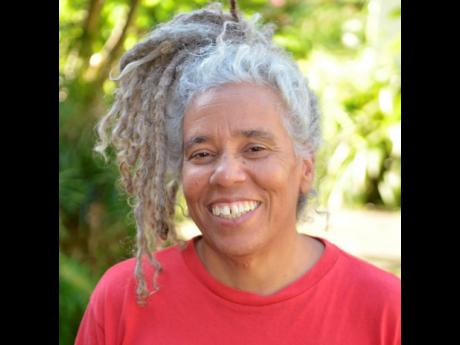 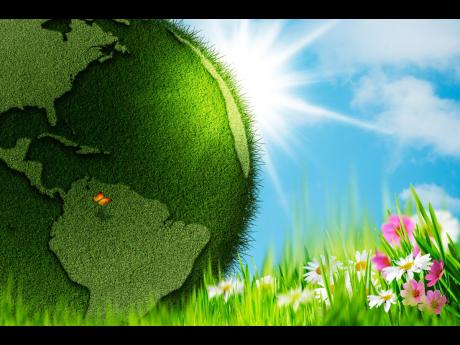 The Climate Cultures conference held in Berlin from August 26-28 (https://www.climate-cultures-festival.de/en.program.html), was almost three years in the planning. It was, therefore, surreal when Esther Figueroa and I were finally sitting on the...

The Climate Cultures conference held in Berlin from August 26-28 (https://www.climate-cultures-festival.de/en.program.html), was almost three years in the planning. It was, therefore, surreal when Esther Figueroa and I were finally sitting on the podium to present our two panels. Titled “Climate Cultures in Jamaica I: From Plantationocene to Resistance” and Climate Cultures in Jamaica II: From Survival to Livity”, these two panels were designed to ransack normative notions of how Jamaica’s economy has been constructed. Investments in bauxite mining and tourism have contributed to the climate risks we face today and compromised sustainable climate futures.

Taking a critical view of these industries, we showed that we have come to this moment of extreme social injustice, climate crisis, and ecological collapse through a violent colonial history of compulsory modernity, where ecocide, genocide, and enslavement were normalised to create a patriarchal political economy. Jamaica is inserted into a global economy that has actively contributed to dominance, war, and excess material consumption. Figueroa coined the phrase radical refusal as the first step in imagining and creating viable futures. This is because radical creative arts can rupture conventional knowledges and practices and can inspire transformation, empathy, love, caring, and action.

As writers, film-makers, activists, and practitioners of refusal, we advocate for alternative practices of being. We read prose and poetry and shared film clips to talk about how other worlds are possible. We employed the concepts of Rastafari Livity, Maroonage, Eco-Feminism, Indigeneity, and other resistance imaginaries to demonstrate how it is possible to avert the crisis conditions that threaten us in order to realise just and livable futures. In this sense, the responsibility for responding to systematic underdevelopment has fallen squarely on the shoulders of creative producers and artists, activists, the non-governmental organisation (NGO) community, academics, and political practitioners to take our leaders to task for the snail pace at which issues of ecological, transitional, gender, and subaltern justice have crawled through legal, cultural, and structural machineries.

In her introduction to the panel, Figueroa noted that the grossly unequal relations of capital, labour, production, and trade in the world economic system in which Jamaica is inserted, and which are mirrored by the socioeconomic and political systems of the highly stratified Jamaican society, serve to subordinate the African majority as a class/race. These social contradictions must be the subject of an analysis of the political economy of identity and elaborated through the routes of patriarchy, class, gender, and sexuality.

Developing her argument on radical refusal, Figueroa explained that Jamaica’s history/herstory is also rife with vivid examples of how systems of domination have always roused the oppressed to responses of creative struggle and resistance. In the 1960s and early 1970s, the grass-roots politicisation of race as a discourse of resistance and the ongoing reclamation of the Black body as a site of struggle and identity construction have provided significant avenues for the downtrodden to express agency. However, such instances of resistance are also suffused with gender power contradictions. Further, the tendency to separate the domains of race and gender as oppositional turf for men and women, respectively, only serves to reinforce divide-and-rule power mechanisms. Maintaining such differences also subverts the possibilities for simultaneously synergising the masculine and feminine principles, which are all vital to processes of conception, identity, growth, and development in material, political, symbolic, and metaphysical terms.

Reading from her novel Limbo, Figueroa also showed that the marketplace embodies the freedom exercised by those deemed the disadvantaged, who have refused to surrender to systems of domination.

In this regard, and maybe to the surprise of some, Rastafari have clearly made a strong and positive impression on the popular culture and feature prominently in leadership roles in both inner-city and rural communities of Jamaica. Therefore, any project of social transformation in Jamaica should pay attention to the concepts of peace and love that are central to the Rastafari livity. Such efforts should also centralise the politicisation of race and gender as mechanisms for defusing the perennial conflicts in the urban enclaves, thereby providing alternative sources of subaltern empowerment.

As the Plastic, Pollution and Survival Strategies film I produced and presented in Panel II argues, mainstream unconsciousness typifies state responses to systems of garbage disposal. Many citizens also fail to take responsibility for separating refuse at the household level, compounding the climate crisis. Loss of African self-identity and Pan-African connections exacerbates the problem. Women collecting and selling plastic bottles is one counter-narrative to pervasive practices of pollution. One survival strategy later, the Kingston Harbour is being saved from unconscious dumping practices.

I used the Rastafari concept of livity to explain the cacophony of dissent created by those who resist Western neoliberalism and its conservative bedfellows. Ultimately, livity practitioners advocate for reparations to address the underdevelopment caused by colonial crimes. This is the transitional justice envisaged to support a sustainable development agenda for the Caribbean region.

To introduce the problematic of bauxite mining, I recalled that while I was studying at the Institute of Social Studies in The Hague some years ago, one of my economics professors, Graham Pyatt, asked us as candidates to use an artefact from our cultural experiences to explain Karl Marx’s theory of surplus value. I used the story shared by my father who used to be the representative of the small tenant farmers in Albion, a rural farming community in Manchester, Jamaica. My dad was attending a meeting with the managers of the local office of Alcan, a leading bauxite company in Jamaica at the time. Mr Thatham, the company representative, memorably said, “Tell your children and your children’s children that no matter how long you have farmed this land, you will never own it because one day we are going to mine the bauxite in the ground.”

The tragedy of loss of livelihoods that the community has suffered since the advent of the mining exercise has been tremendous. The gouged-out craters that were left yawning in the landscape mirror the deficits suffered by farmers who could no longer grow crops in the depleted soil. The ruined farms also sounded the death knell for the consequent displacement of families as a result of the extractivism. Many trees lost their fruit-bearing capabilities, resulting in the escalating food-insecurity crisis in this and similarly designated areas.

Figueroa’s epic two-hour film, Fly Me to the Moon was screened to culminate the proceedings of Day I of the conference. This is a must-see to improve understanding of the entanglement of our little island state in global warfare. From the opening with President Donald Trump’s dismantling of the Paris Climate accord, through the labyrinth of interviews and representations of the destructive extractivism of the bauxite industry, to the shocking revelations that the aluminium derived from bauxite contributes to the war industrial complex and space explorations, the viewer is allowed to draw the dastardly connections among irresponsible state decisions that have benefited multinationals more than the local coffers. Even Prime Minister Michael Manley’s levy could not compensate for the environmental degradation because the bauxite companies did not comply with the soil rehabilitation requirements that they were contracted to make. The current imbroglio about Noranda mining in the Cockpit Country shows that the struggle for environmental integrity is an ongoing one.