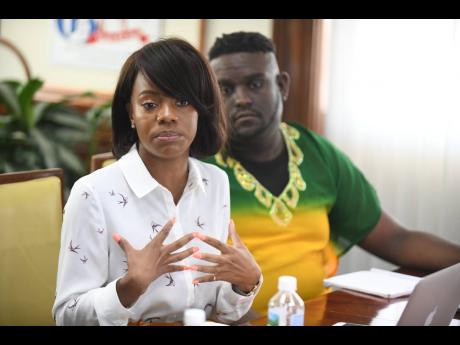 The Jamaica Forum for Lesbians, All-Sexuals and Gays (J-FLAG) has found reason to disagree with recent findings of a Don Anderson poll that found that 80 per cent of Jamaicans are against removing or changing the buggery law. According to a news...

The Jamaica Forum for Lesbians, All-Sexuals and Gays (J-FLAG) has found reason to disagree with recent findings of a Don Anderson poll that found that 80 per cent of Jamaicans are against removing or changing the buggery law.

According to a news item carried in the Jamaica Observer recently, it is J-FLAG’s position that there is some level of dissonance between how people feel about LGBT rights and whether local rights should be changed.

A major point of contention is a poll conducted in 2019 by J-FLAG and what the organisation was trying to push to the public via the Jamaica Observer, that its survey findings were superior to Anderson’s oranges findings.

In reading the article, it came across to me that J-FLAG was reaching inside of itself to push the idea that any positive attitudes our people had to the lesbian and gay community should also mean that our people are softening on the buggery law.

I agree with the spokespersons supporting the LGBT community that there has been some amount of softening of the harsh views on the community. But at the same time, Jamaicans have pretty much settled into the position that they do not wish to see any change in the buggery law.

Representatives from the LGBT community saw a high level of importance in Jamaicans not giving specific reasons why they did not want to see any changes to the buggery law.

Usually in surveys, whenever respondents over many years express a ‘don’t know’ or ‘can’t say’ on a particular issue, it usually means that they are hardened and unmoving in that view.

At no point in the attempts to explain the gaps between the positives said to be found in the 2019 poll commissioned by J-FLAG and the 2022 findings of Anderson is there an acceptance of what could be the real root of the problem keeping the gap wide between the straight community in Jamaica and those in the LGBT sector.

Many people are totally convinced that those who are outside the heterosexual community have made a conscious choice to be homosexual, bisexual, or somewhere else on the sexual or gender spectrum.

In other words, they believe that it is as simple as pressing a switch on one’s body and then making the choice to express one’s sensuality according to the song one requested and selected on the jukebox.

The tax office at Constant Spring is, from my personal experience, frighteningly efficient.

A decade ago, it was frightening just to go there. Wish other government agencies could be so.

Take a trip to the Stamp Office downtown to try and get an indemnity certificate. One is likely to wait any time from 30 minutes to two hours. But the real cruel part of the whole process is the fee charged. Believe it or not it is $20. Just barely enough to purchase an icy mint.

It ought to be that what a government agency takes in per hour ought to be able to cover the staff’s lunch bill. But at J$20, I cannot see it purchasing more than a few packs of toilet tissue.

Much of what translates into this general inefficiency stems from the very top of the ministry. And the ministers.

Some ministers approach their jobs as if they ate cookies and milk for breakfast. And they transmit it to the staff and the entire ministry. Sure they cross the T’s and dot the I’s, but after that, they join the line in the extended bureaucracy.

Then there are those ministers who feed on battery acid. They are not into falling in line with the red tape and the clogging up of the works. They are impatient and not well liked. But enough of the staff fear them and the no-nonsense flows through the ministry.

No workable plans to fight crime

I have been acting outside of myself in expecting the security ministry and the commissioner of police to actually have workable crime plans.

Utilising states of emergency (SOEs) always had a shelf life. The only way to maintain those plans would be for the security forces to devise more creative plans to kill gang members and those who looked the part while presenting them to the people as blood-sucking, disease-carrying monsters.

So that wore out, and the nearest to the old normal had to return.

In the last week, it has been driven home to me how critical is our fight with violent criminality. In the last week, I asked three retired senior policemen what would be their two main approaches to fighting crime. I did not receive a single response. Bear in mind that these are highly respectable people who were in police administration and are regularly in touch with me.

I am forced to conclude that at over 1,000 homicides reached in Jamaica in August, we are all confounded.

A few months ago, Minister Delroy Chuck made a convincing case for restorative justice. Over and over again.

The idea of nipping in the bud what could spill over into community madness and killings could just never be something that many communities would not grab on to and fully embrace.

At the very least, it would free up the police to deal with those who were on a trajectory to meet and greet with violent deaths.

Two years ago, I met a lady living in physically and socially poor circumstances. She wanted to save her son and not make him live through the sort of hell her life used to be.

I asked around after speaking with her son. He wanted to become a journalist. The youngster is now interning with a top media house. He was close to hell but has been given a chance to see what exists on the other side.