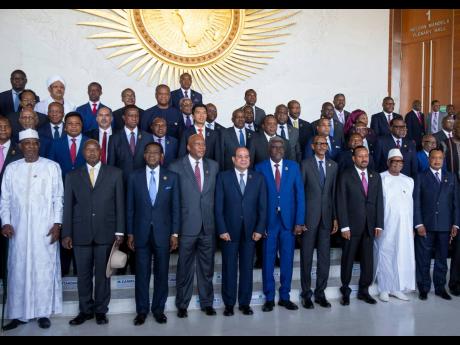 ANI/ Reuters
In this February 2019 photo African heads of state pose for a group photo during the opening of the 32nd Ordinary Session of the Assembly of the Heads of State and the Government of the African Union (AU) in Addis Ababa, Ethiopia. 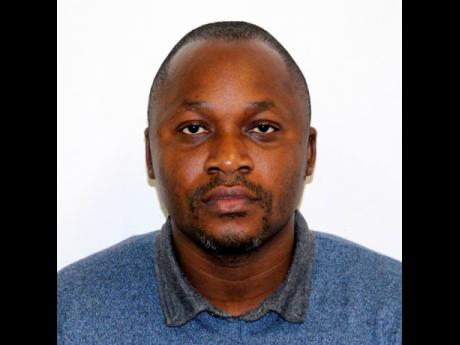 As the African Union celebrates its 20-year anniversary, the acceleration of the partnership between Africa and the Caribbean has come to the fore. Afro-Caribbean relations date back to the infamous epoch of the Trans-Atlantic slave trade, which saw the most productive African being transported across the Atlantic to other parts of the world, including the Caribbean.

I could not resist the call to be a panellist in a webinar titled ‘Dynamics of Africa-Caribbean Engagement’, organised by the Institute of International Relations at the University of the West Indies (UWI) on September 9. Professor Ivelaw Griffith, fellow, Caribbean Policy Consortium, chaired the meeting, while P. J. Patterson, former prime minister of Jamaica; Cyril Kenrick Hunte, former high commissioner of Guyana to South Africa and several African countries; Annita Montoute of the Institute of International Relations; and Eric Phillips, chair, Guyana Reparations Committee, were the other panellists.

The meeting reflected the urgency to enhance cooperation between the two regions towards confronting the challenges that have bedevilled the post-colonial societies. Indeed, millions of Africans, both on the continent and those in the diaspora, still sleep hungry, while several others are homeless and have inadequate access to social infrastructures and are denied a basic standard of living. The ties between Africa and the Caribbean are erected on what Len Ishmael called a shared history, ancestry, culture, experience, and sense of a common identity.

Starting in 1502, the triangular slavery and slave trade resulted in the aggressive removal of about 10 million Africans from Africa. Centuries after, several prominent Caribbean nationals, activists, and intellectuals such as George Padmore of Trinidad and Marcus Garvey of Jamaica, as well as Henry Sylvester-Williams, a Trinidadian lawyer, activist, and writer, contributed to the establishment, evolution, and intellectualism of Pan-Africanism as well as the liberation of African continents from colonialism and foreign dehumanisation.

Indeed, the first political movement of global nature against enslavement, colonialism, and other institutional oppressions against the black race – talking about the first Pan-African Congress that was held in 1900 – was led from the Caribbean. The gains of the Congress were harnessed by African greats such as Kwame Nkrumah, leading to the hosting of the 6th Congress in Tanzania, in 1974. While the September 2001 “World Conference Against Racism, Discrimination, Xenophobia and Related Intolerance”, led by the United Nations (UN) and held in Durban, South Africa, revealed political and diplomatic cracks in Africa-Caribbean partnerships due to their different approaches to slavery and reparations, the two regions have been able to forge ahead to establish close political and diplomatic ties in several ways.

Diplomats and political leaders from the regions have worked together within the platform of the UN. The Caribbean Community (CARICOM) and African countries, including the elected representatives of the UN Security Council, have partnered on touchy and thorny issues such as decolonisation, global inequality, the quest to reform the UN, and the reformation of the existing global economic system. Leaders from the regions have also partnered within the platform of the African, Caribbean, and Pacific (ACP) Group, the Commonwealth, and the Non-Aligned Movement.

Few Caribbean countries such as Jamaica and Trinidad and Tobago have resident diplomatic missions in South Africa and Nigeria, and these two African countries also have resident diplomatic missions in Jamaica and Trinidad and Tobago. At the height of the draconian subjugation of some parts of Southern Africa by colonial and apartheid powers, Caribbean countries such as Cuba were involved in the liberation battle and strongly supported the African National Congress (ANC) to rid South Africa of minority rule, leading to a majority rule in 1994.

While leaders from the regions engage bilaterally, through diplomatic relations and associated memoranda, CARICOM has particularly tried to enhance relations with Africa through the African Union (AU). Thus, the First CARICOM-Africa Summit held virtually in September 2021, under the theme “Unity Across Continents and Oceans - Opportunity for Deepening Integration”. This enhanced the relations and attempted to accelerate deeper engagements among heads of state from both regions. The summit also gave birth to “Africa-Caribbean Day”, which was celebrated on September 7. In 2019, conversation on CARICOM-Africa cooperation made progress as the Presidents of Ghana and Kenya visited the region. In the same year, following other visits to Africa, the Prime Ministers of Jamaica and Barbados attended the 9th ACP Summit in Kenya, to deepen political relations with African countries.

Despite the intensification of a series of conversations about these partnerships, the political and diplomatic relations between the two regions have been very difficult to measure in terms of concrete deliverables. As reiterated over the decades, trade and commerce between the CARICOM and African countries have been very weak, partly due to a lack of effective commitments or the challenge posed by transportation. However, there are growing engagements to surmount the problem of access and improve relations. For instance, the First Afri-Caribbean Trade and Investment Forum was recently held on September 1 in Bridgetown, Barbados.

Further, most engagements have ended at the level of diplomatic talks and meetings without converting promises to action points or genuine collaborative endeavours. The lack of a top-down approach to the collaboration may not yield the desired results. Thus, non-state actors should be involved in efforts to facilitate effective partnerships between the regions. There is need to identify specific areas of cooperation and a common agenda, followed by genuine commitments by the political leaders of both regions.

It also requires concerted investments of time and a deep understanding of the challenges to systematically turn the relationship into an effective and beneficial political, social, and economic force, big enough to transform the dreams of the regions and their people into a reality. While there are calls for the immediate and direct integration of the two economies, this seems too soon and very ambitious. Rather, specific targets such as the destruction of neo-imperialism, pseudo-colonialism, and other forms of the subjugation of African people should be identified and pursued in both regions. Perhaps, the starting point should be a collaborative effort to intervene in the situation in Haiti in the Caribbean and the disputed Chagos island in Africa.

Dr Adeoye O. Akinola is the head of research and teaching at the Institute for Pan-African Thought and Conversation, University of Johannesburg, South Africa. Send feedback to columns@gleanerjm.com