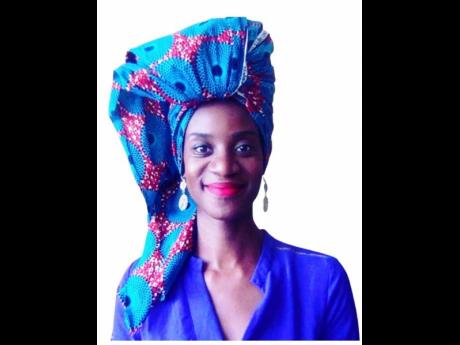 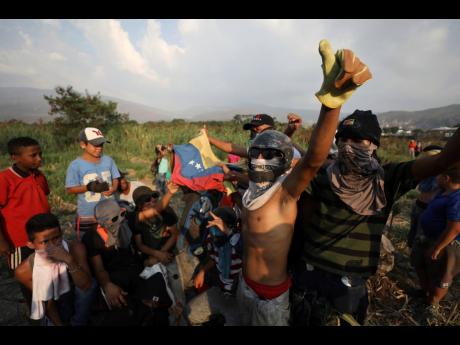 AP/ File
In this February 2019 photo Venezuelan migrants are seen near the Simon Bolivar International Bridge plead for people to support them with food and water so they can continue protesting in La Parada near Cucuta, Colombia on the border with Venezuela.
1
2

Africans and their descendants in Latin America have long fought for recognition of their humanity, justice, and equality in the face of oppression. Key examples throughout the region include the Palenque de Yanga in Mexico, San Basilio de Palenque in Colombia, Quilombo dos Palmares in Brazil, and the República de Zambos in Ecuador. These refugees are radical expressions of African self-repair, self-determination, agency, and black ontology.

Within Latin America, however, in recent decades, there has been a growing wave of ‘new social movements’ among people of African descent whose actors seek a paradigm shift in power relations. These movements are framed in the rhetoric of racial discrimination and demands for recognition and repair.

Throughout the 1990s, African descendant Latin Americans were adopting strategies from indigenous peoples who were celebrating the United Nations (UN) International Decade of the World’s Indigenous Peoples (1995-2004) and who were loudly proclaiming their rights to their territories, culture, and collective rights. Afro-Latin Americans saw it fit to adapt those strategies to their own needs, and a wave of activism sprang forth and thus forms of recognition of Afro-descendants in Latin America. For example, in 1998, Ecuador, for the first time acknowledged Afro-Ecuadorians in its constitution, considering them a ‘people’.

This was further expanded on in the 2008 Ecuadorian Constitution. The 2008 constitution is one of the most innovative and progressive in the Americas. It recognizes a wide array of rights for different groups and declares the Ecuadorian territory as a multicultural, intercultural, and pluricultural nation. Further, it promulgates the right to “reparation and compensation for community groups affected by racism, xenophobia, and other related forms of intolerance and discrimination (Art. 57.3)”. This echoes language from the World Conference Against Racism,. Racial Discrimination, Xenophobia and Related Intolerance held in Santiago, Chile, in 2000. The wording in Chile fed into the World Conference later held in Durban, South Africa, in 2001.

After the Santiago and Durban conferences, more and more Afro-descendant people in the Latin America region demanded their recognition and inclusion in national censuses, together with the demand for reparation in all its forms. Finally, Latin American governments were rendering African descendants officially visible.

In the lead-up to the 2010s, Peru, on November 2, 2009, took the mighty step of apologising to its African-descendant populace. The then President, Alan García, together with Nidia Vilchez Yucra, then minister of women and social development, expressed a “historic apology to the Afro-Peruvian people”, acknowledging that the seven to 10 per cent of them continued to endure the legacies of enslavement and colonialism. García acknowledged the crucial contribution Afro-Peruvians have made to Peruvian history and society, and promises were made to establish and implement policies specifically for Afro-Peruvians to address inequity, racial discrimination, and abuses. During the 2010s, governments in Latin America continued to collect data on racial, ethnic, and cultural affiliation, and the statistical visibility of Afro-descendants in the region increased.

Countries like Mexico only formally recognised its Afro-descendant populace, who make up an estimated 1.3 million according to a survey conducted in that same year, in 2015, with debates on citizenship and belonging becoming louder. Scholars such as UWI’s Professor Paulette Ramsey and political activists like Teresa Mojica Morga emphasise the cultural, political, and social importance of Afro-Mexicans in the fight for recognition and repair.

There have been several occasions where countries throughout the Americas have joined forces in the reparations cause. In 2016, The Community of Latin and American States (CELAC) Parliamentary group supported CARICOM’s call for reparations. In 2017, in Havana, Cuba, the Alianza Bolivariana para los Pueblos de Nuestra América – Tratado de Comercio de los Pueblos (Bolivarian Alliance for the Peoples of Our America or the Bolivarian Alliance for the Peoples of Our America – Peoples’ Trade Treaty), produced a declaration of solidarity with the Caribbean cause for reparations.

In 2017, reparations movement leaders organised the De Reparaciones Integrales a Reparaciones Históricas para el Pueblo Afrodescendiente (from comprehensive reparations to historic reparations for Afro-descendent peoples) transnational workshop in Cali, Colombia. The year 2018 saw Venezuela host two key events related to reparative justice for Afro-Venezuelans. In April the soy Afro, mi gente, soy afro, afrodescendiente (I am Black, my People, I am Black, an Afro-descendant) forum took place with the theme Afro-descendants and Neoliberalism in Latin America and the Caribbean. During this event, President Maduro signed a UN decree formally marking the Decade for People of African Descent, assuring that reparations would be high on the agenda, and in May of 2018, during Afro-Venezuelan Heritage Month, there was an international conference on reparations.

The various regional conferences on reparations in Latin America reflect the growing network among reparationists in the region and the efforts to join forces and share in knowledge exchange. Earlier this year, as part of the Annual Inter-American Week for People of African Descent in the Americas, the Organization of American States transmitted webinars that focused on reparative justice for Afro-descendants throughout the Americas. Former Vice-President of Costa Rica, Jamaican-descendant Epsy Campbell, delivered opening remarks in a webinar titled “Reparations for People of African Descent in the Americas: A Necessary and Pending Debate?” For many Afro-Latin Americans, the answer is a resounding yes.

We are in the era of the Sustainable Development Goals, the UN Decade for People of African Descent, the growing momentum of Black Lives Matter, Colombia welcoming its first African descendant vice president who promotes the philosophy of Ubuntu - soy porque somos (I am because we are) and who is pushing for reparations not just for Afro-Colombians, but also for the Colombian populace as a whole.

As Sir Hilary Beckles strongly affirms, the 21st century is the global tide for reparations demands. In the spirit, fervor, and radical proposals of buen vivir/ vivir sabroso (good living) Afro-Latin Americans are strongly contributing their voices to the clarion call for justice.

Shodona Kettle is a visiting PhD candidate at the Centre for Reparation Research, The University of the West Indies. Send feedback to reparation.research@uwimona.edu.jm