Gordon Robinson | What happens when the real storm comes? 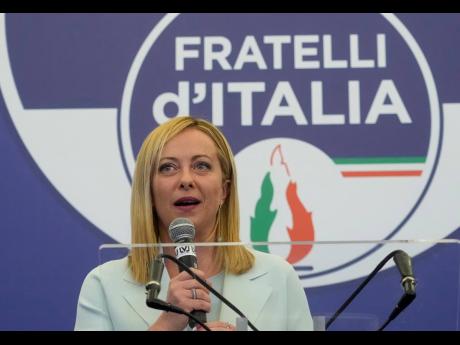 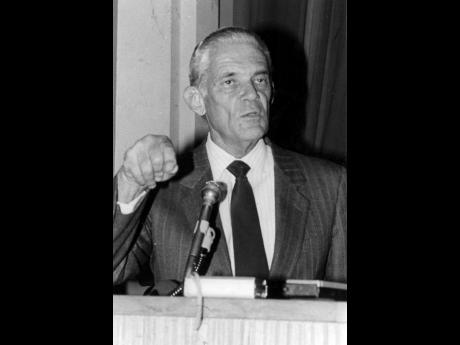 Three weeks ago, I revealed the contents of a memo written by Michael Manley to David Coore (chairman of a Constitutional Reform Parliamentary Committee) dated May 25, 1994.

In that seminal memo, Manley postulated : “Jamaica’s ‘first past the post’ electoral system contains many weaknesses .” He bemoaned the fact that it often produced lop-sided parliaments, leading to Government “overconfidence, even arrogance, born of the visible but misleading evidence of its huge majority” .

Manley proposed restructuring Jamaica’s governance/electoral systems to include “the retention of a basic element of the present constituency system ...” and “some form of system reflecting a mixture of the ‘first past the post’ principle and proportional representation” which he expected would “hold out the best prospect of answering many of the present difficulties while ensuring all [MPs] and Cabinet are subject to democratic choice and democratic accountability ...”.

Not here. But 8,660 kilometres away, 50 years of political confusion was being addressed. Since World War II, Italy’s electoral system was based on proportional representation alone, a concept that Michael Manley dismissed as tending to create parliaments comprising “large numbers of small political parties each representative either of special interests or narrow points of view. Experience shows it can become very difficult to develop clear and strong policies in a situation that can only function on the basis of unending compromises”.

Well, whaddaya know? Since 1945, Italy has had 69 governments as the system of short-lived coalition governments fostered a high level of fragmentation and instability. In 1995, Italy restructured to a system of mixed “first past the post” and proportional representation. The result was an improvement on what went before but still produced too much instability, so in 2018, Italy tweaked the system even further.

On September 25, 2022, just before the latest general election, Reuters reported on the “new” system of governance:

“Some 36 per cent of parliamentarians in both the upper and lower houses are elected on a first-past-the-post basis, with the rest chosen by pure proportional representation via party lists. Parties can stand alone or as part of broader coalitions. Single parties need to win at least three per cent of the vote to gain seats, while coalitions need to take 10 per cent.

“The latest electoral law, used for the first time in 2018, no longer gives an automatic majority to any party or group that wins more than 40 per cent of the vote ... . Voters will elect a drastically slimmed-down parliament that is likely to have a big impact on politics, potentially reducing the size of future majorities and making party loyalty amongst those elected much more important than before.”

Or maybe show those directly voted in as constituency representatives that loyalty to constituents may be more important than party loyalty. What a way this sounds like Michael Manley in 1994!

“In the Senate, 74 seats will go to first-past-the-post winners, 122 to the Proportional Representative lists, and four will be for the overseas vote.”

So, how is this done in practice (in Italy)? Reuters explains:

“Voters get two voting slips - one for the Senate and one for the lower house. They can only put one cross on each slip, with that vote counted for both the first-past-the-post and Proportional Representative segments. Under previous electoral systems, voters were able to split their vote between individual candidates and the parties.”

In my proposal for a new constitution and a restructured governance/electoral system, voters would vote directly for an Executive President or PM (an executive leader by any other name would be as responsible) and separately for MP. By this method, voters can reward a high-performing MP while voting for the other party’s candidate for PM. Then the PM would have a free hand to nominate a Cabinet from anywhere in Jamaica, but MPs would have the last word in a public-confirmation process. At least in theory, this would give MPs motivation to protect constituents from Government.

Any fear of “paralysis” or “gridlock” was dispelled by Bruce Golding (1995) when he wrote:

“The concern that President and Legislature, acting in conflict with each other, might create confusion or paralysis of decision making did not benefit from a willingness to consider appropriate adaptations of executive presidential models to minimise and overcome the possibility of confusion or paralysis.”

In defending the executive presidential model, Bruce pointed out, regarding MPs’ likely motivation: “The critical factor is that their own standing in their constituencies and chances of re-election will not be as inextricably tied to the success or failure of the Executive.”

In my preferred system, proportional representation would be reserved for an elected Senate where truly “independent” voices would have a chance to be heard. PM/Opposition Leader appointees, no matter their bona fides, will never be seen as “independent” in tribal Jamaica.

One last word on Italy’s new system: It specifically mandates gender diversity by providing that no more than 60 per cent of the candidates on any of the lists can be of the same sex.

Italy is trying. But Giorgia Meloni, Italy’s new PM, is the leader of the far right ‘Brothers of Italy’; a Trumpist who is against immigration (like the silent majority in many European nations); wants out of the European Union (an institution that has failed to evolve); and has resuscitated Mussolini’s brand of fascism (NEVER truly been vanquished, only hushed).

Back home at the ranch, the PNP needs to read the tea leaves. This idea of “progressive” politics is like dying Dora in a thunderstorm. As the world becomes a global village, reactionary forces petrified that their “culture” is endangered and their formerly assured “white supremacy” is credibly threatened WILL fight back. And not in a nice way.

We must be in a position to play on the same field as the warmongering “developed” nations who don’t want our people (not even as visitors), except to clean their homes, keep their gardens, and wash their cars for below minimum wage. We must find a way to be united as a people AND a region against this new wave of fascism sweeping the world.

One of the first things we must acknowledge is that nothing in this world is as it appears. So reliance on President Joe Buddy would be foolish. To begin with, he’s so far past it that he didn’t even see it going by. Secondly, on the subject of illusion, the only difference between the USA’s political parties is the Democrats pretend better. White America, Republican and Democrat, don’t want to help us. If it did, their guns wouldn’t still be flooding our shores. We wouldn’t be instructed how to vote in international fora. They wouldn’t be telling us to help THEM in the war against drugs by banning marijuana exports while they build their own marijuana industry to a point at which we’ll never be able to compete.

The PNP keeps bleating that the JLP “stole” its ideas. Maybe it has. For a long time, Andrew Holness’ JLP has looked, by its actions, more “socialist” than the PNP. It’s time the PNP steals a few plays from the JLP’s playbook. It’s time to mute the fancy, cheap, populist “progressive” chatter and start proposing serious policies for growth and development without fanfare. Even Michael Manley himself finally saw that light in the late 1980s.

Right now Jamaica’s most urgent priority is constitutional reform. Manley saw this in 1994; Golding in 1995. I’m not talking about politically motivated changes to permit more repressive police methods by a JCF harbouring too many corrupt cops. I’m not talking about fool-fool political promises to free up ganja. Not only won’t we be allowed, it’s simply too late to even try. I’m talking about REAL constitutional reform involving complete overhaul of Jamaica so that it’s equipped by education, security, health, and politics to handle the political storm to come from external forces.

For pity’s sake, we can’t even handle a couple rainy days! What’ll we do when the real storm comes?