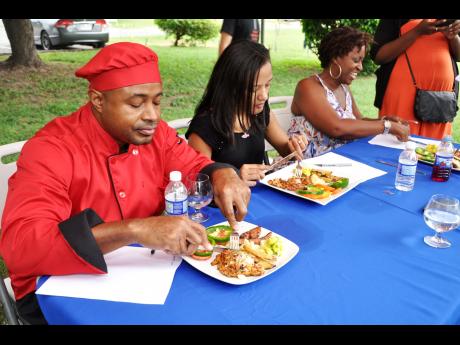 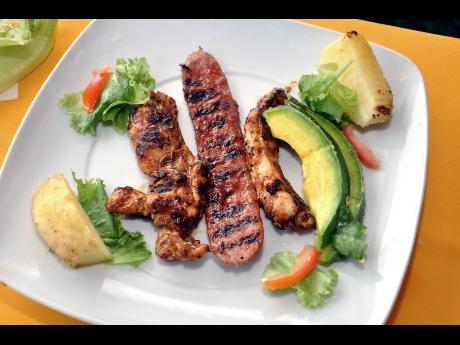 Jermaine Barnaby/Photographer The honey glazed chicken and sausage served with a side of vegetable, potato and avocado slices. 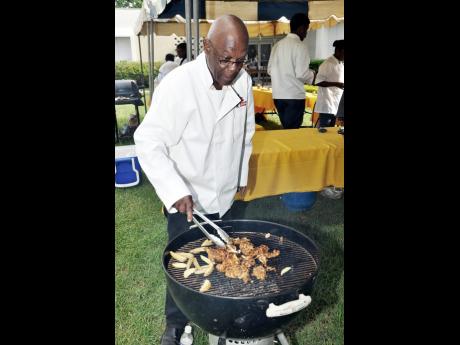 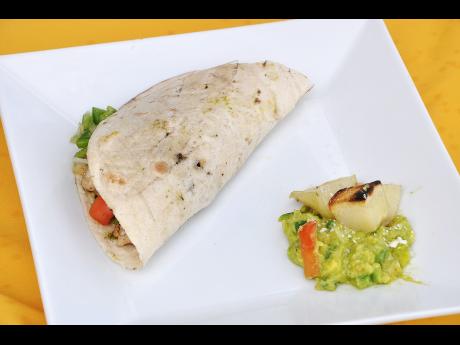 Jermaine Barnaby/Photographer Chicken and sausage wrap served with a side of guacamole by team alumni. 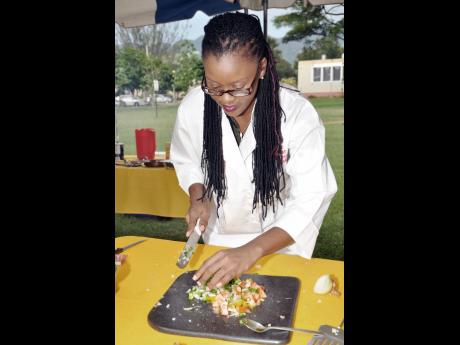 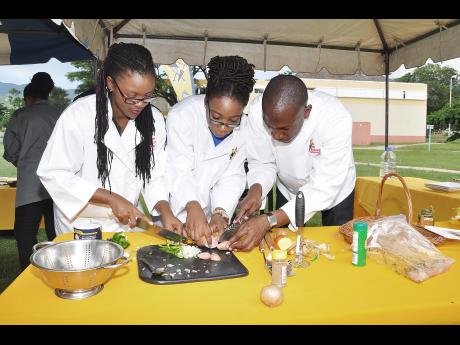 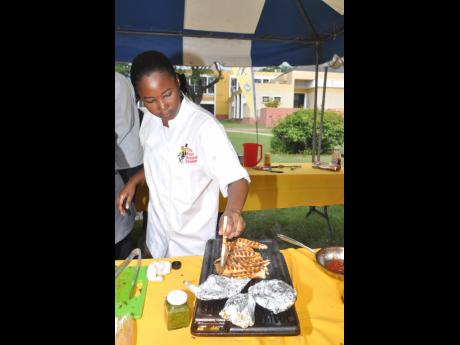 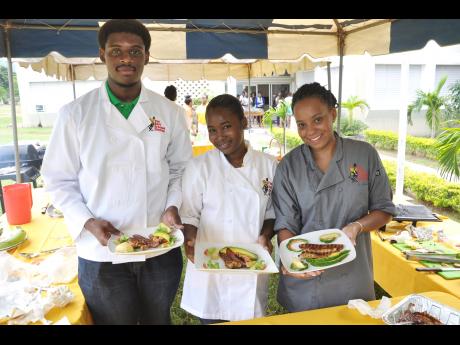 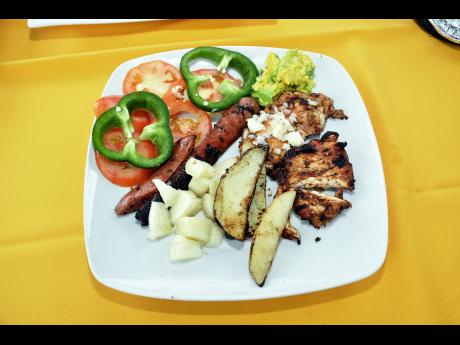 Jermaine Barnaby/Photographer The winning dish: 40th anniversary special comprising of grilled chicken and sausage topped with cheese and marinated with a special sauce, served with a side of potatoes and pineapple wedges and garnished with tomato and sweet pepper.
1
2
3
4
5
6
7
8
9
10

years of existence, the Caribbean Institute of Media and Communication (CARIMAC) last Saturday showed that not only does it train great journalists, it also trains great chefs.

As part of the institution's 40th anniversary celebrations, three teams chopped, seared and tossed to determine who was best at the grill. The friendly match-up saw Team Lecturers, Team Students and Team Alumni, each team consisting of three members, cooking up a storm.

Once the mystery basket was unveiled, revealing the Best Dressed mystery chicken breasts and Hamilton sausage, the showdown got under way.

Some members pulled the grilling weight for their team while a few lagged behind trying to play catch-up.

As the teams battled the grill and smoke, host Saudicka Diaram engaged the crowd of supporters as they cheered on the teams and participated in a CARIMAC trivia and dance competition.

While the teams were busy preparing their feast, judges

Chef Adrian Wauchope, Tracey McFarlane and The Gleaner's Lifestyle Editor Nashauna Drummond left their seats to take a closer look at the grilling magic being created under the tents.

As it got down to crunch time, the teams scurried to put on last-minute finishing touches to make their presentations look appeising.

One by one, the teams presented their unique spin on Jamaican grilling.

of their must-use ingredients, mozzarella cheese, topped off the dish with a serving of pineapple guacamole cubes

and potato on the side.

as Dwayne Berbick, Janella Precius and Jileen Pearson featured their alumni special, which consisted of grilled chicken and sausage with guacamole, sprinkled with Parmesan cheese on the side

All wanted their team to be crowned CARIMAC grilling champion, but only one could walk away with the culinary title.

After tasting and deliberating, the judges, who made their assessment based on taste, presentation and creativity, determined that the other teams were schooled by the Team Lecturers, who topped the competition with 82 points; followed closely by Alumni, with 81; leaving Team Students in third place, with 66 points.