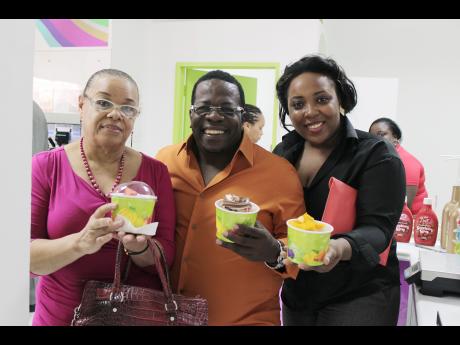 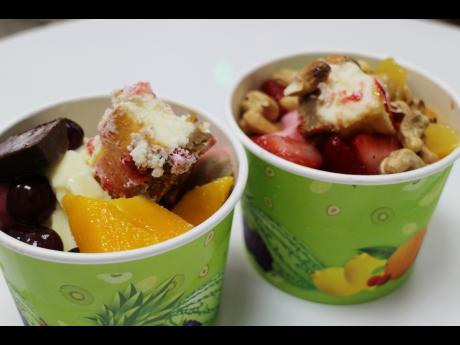 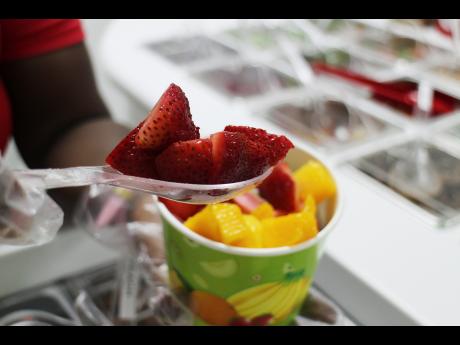 Tamara Bailey
Tamara Bailey/Gleaner writer The fresh and juicy strawberries used to make some of the tasty treats at Fruitalicious. 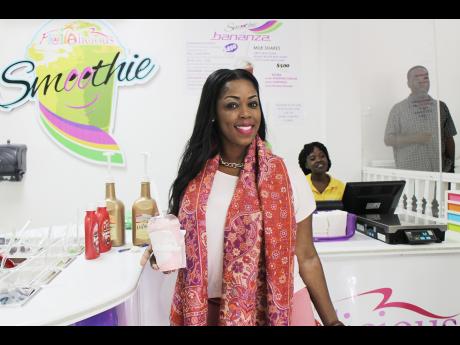 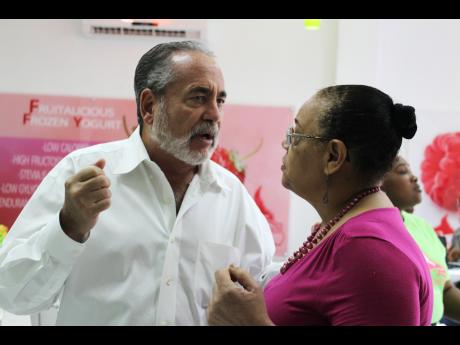 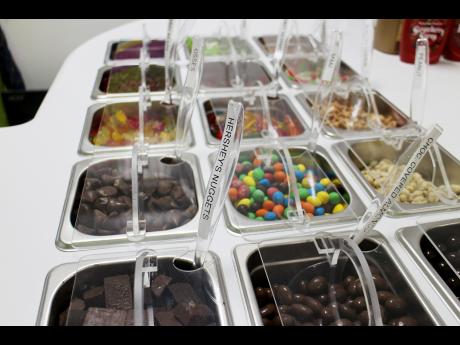 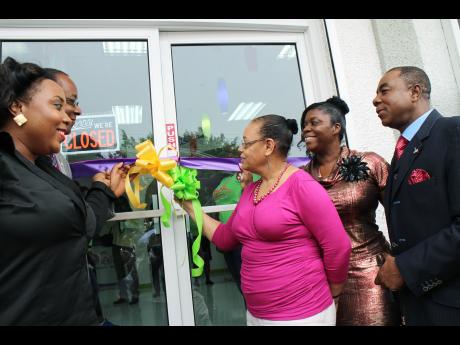 After months of waiting for the extraordinary experience of a healthier alternative, residents of Manchester and surrounding communities flocked to frozen yogurt makers Fruitalicious last Tuesday, as they officially opened their doors.

With more than a hundred flavours of yogurt, tasty toppings, rich smoothies and shakes second to none, there's no getting bored with Fruitalicious.

"Among the popular flavours are the cheesecake, the birthday cake, and the Jamaican rum. The sorbet, which includes watermelon, guava, pineapple, lychee, and banana, shows the wide variety offered, and each week we will be rotating our flavours," said owner, Dr Ivanah Thomas.

Joining the Portmore branch that opened in October 2014, Dr Thomas, who is a registered nurse by profession, stated that the alarming rates of diabetes and other related ailments, especially in children, were the reasons for opening a second branch.

"Knowing the benefits of yogurt, I wanted to bring that to Mandeville. Our yogurt has no refined sugar. It's sweetened with dried fruit and stevia, which is a natural sweetener from the bark of a tree that actually stabilises blood sugar. Even the toppings - the gummy worms for the children - are made from fruit juice," added Thomas.

According to the renowned Harvard-trained nutritionist Gary Brisker, yogurts that contain probiotics are said to help with digestion. Even with the presence of dairy, persons who are lactose intolerant will not be affected, as the probiotics nullify the need for lactase - the sugar enzyme in the small intestine.

"I just want to let you know that with my chemist, I have invented the only vegan non-dairy yogurt in the world to be introduced to Mandeville shortly," he revealed to Food.

In addition to promoting sound healthy practices, the store is expected to boost economic development by attracting numerous customers to the area and employing more than 12 persons.

Fruitalicious is strategically located in the heart of downtown Mandeville at the park crescent, next to the police station. If you haven't yet tried it, it's time to make your way on over for the fruity frozen yogurt goodness at Fruitalicious Mandeville.