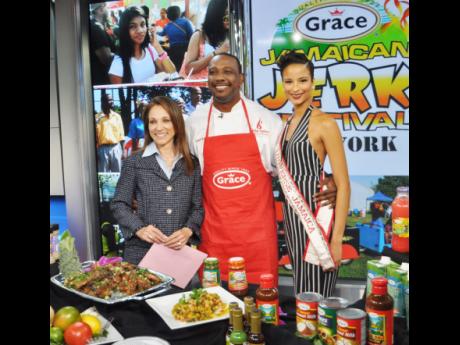 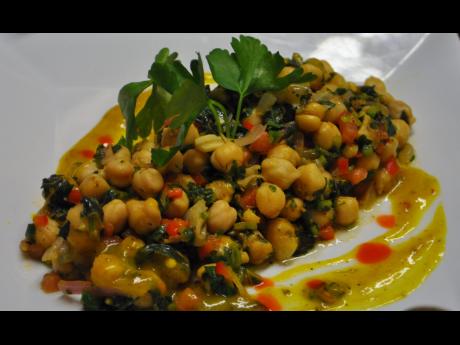 The Grace Jamaican Jerk Festival held in Queens, New York, recently was a celebration of the best of Jamaican cuisine, with chefs from around the diaspora coming into the Big Apple to show off their mouth-watering creations.

Among those who cooked up a storm at the festival were Jamaica's own Miss Universe Jamaica 2014 Kaci Fennell, as well as New York City Mayor Bill de Blasio.

But one visiting chef who stood out and caught the attention of New York City food lovers on NBC TV's Nightly News was Hugh Sinclair (Chef Irie).

Sinclair is a Jamaican based in South Florida, and he made a career change from architecture to cooking when he could no longer repress his passion for creating magic in the kitchen. His second career has paid off as, in addition to feeding celebrities and VIPs as a personal chef, he also hosts a television food show called 'Taste of the Islands'.

Today, Food features one of the jerk dishes that Chef Irie served up on the NBC TV's Nightly News over the Jerk Festival weekend - his Garbanzo Salad with Pak Choi and Jerk Mango Vinaigrette. This is a vegetarian dish that is simply delicious.

2. In a sauté pan add oil on medium heat. Sauté onions, garlic, ginger, and peppers for a minute.

3. Add pak choi and serrano and cook till leaves just wilt. Season with spices and thyme. Remove from heat.

4. Add sautéed ingredients to bowl with garbanzo, then add remaining ingredients except the purée and jerk. Stir well.

5. In small bowl, mix purée and jerk then add to salad and mix well. Adjust seasoning as needed.