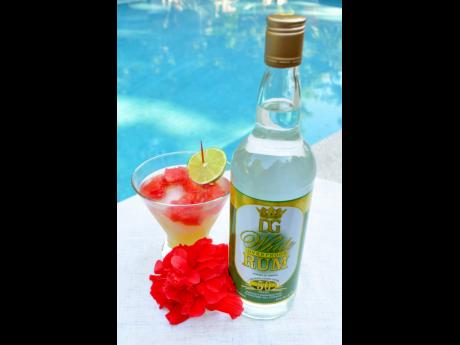 Dave Rodney
Let the rest of your summer sizzle with a Mandeville Cool Breeze, a delicious cocktail with D & G white rum, chunks of water melon and pineapple juice. 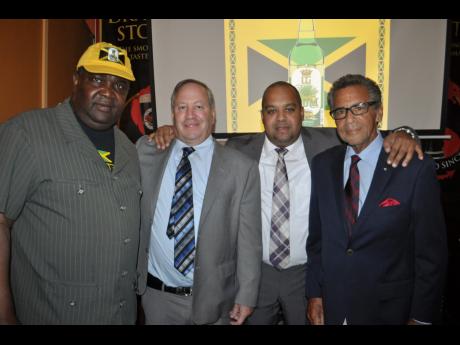 The event was hosted Riviera Imports, the distributors of both products in the New York region. Although the company has been distributing the smooth and rich flavour of Dragon Stout for nearly 10 years in the area, the D&G overproof rum is making its grand entrance to the New York market for the first time, and party attendees had an abundance of opportunities to sample both.

Executives from Riviera Imports were eager to show off an exciting new line of Dragon Stout and D&G White Overproof Rum promotional materials including caps, men's and women's T-shirts, bottle collars, shelf talkers and posters that will be generously distributed over the Labour Day Weekend - September 3-7 - at key events in Brooklyn. All the promo items have been inspired by the trademark colours of Jamaica - black, green and gold. There will also be a strong brand presence at mas camps and at all the concerts and parties happening behind the Brooklyn Museum for four consecutive nights. Additionally, there will be on-site promotions at designated events in Queens, Brooklyn and the Bronx, where the stout and the rum will be sampled and showcased.

"We at Riviera Imports have had a long relationship with the Caribbean communities in New York, and we are thrilled that this year we are saluting the community and participating in the carnival in a big way, bringing two iconic Jamaican products to you," brand development vice-president Dan Rosenfeld told the happy throng. "We also want to extend our special thanks to former New York City council member Una Clarke, who is here with us this evening, and who has been our avid supporter since day one," he added.

Juan Reyes, director of sales for Riviera, pointed out that the winning formula for the Jamaican-brewed Dragon Stout has remained unchanged for almost a hundred years, and that several generations of residents from the Caribbean look forward to their holiday celebrations with this year-to-year favourite.

The D&G White Overproof Rum has only been in the New York market for a few weeks but it has already been creating a buzz. "The consumer response to the white Jamaican rum has been phenomenal, people love the smooth taste, it is perfect for making cocktails, and we think it's a much better product than the competition," Reyes added.

Here is a recipe for Mandeville Cool Breeze, an easy-to-make cocktail utilising the D&G rum that I created.

1. Place ice cubes in a cocktail glass, then add cubes of watermelon. Pour rum over the ice and watermelon, then add pineapple juice. Jiggle with a spoon then garnish with green lime and serve.