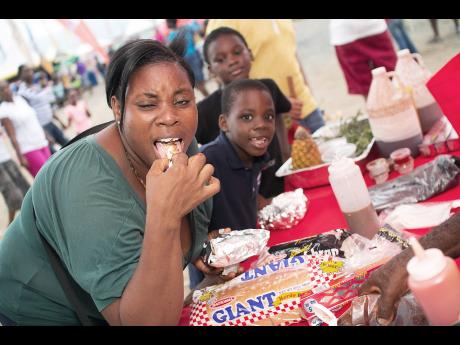 Family members pause from the fun to strike a pose for our lens. 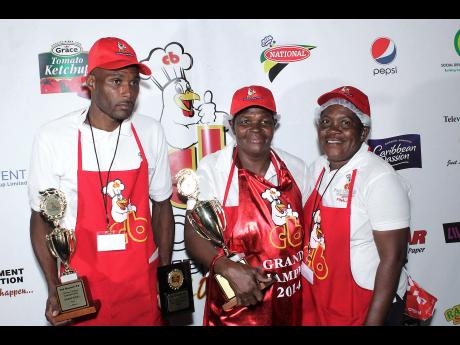 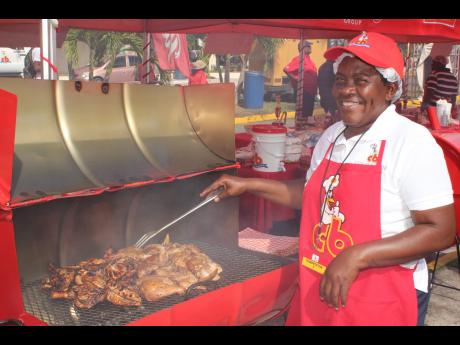 Though the reigning CB Pan Chicken Champion is a Hanover-native, it was Clarendon's pan chicken chefs Natalie Sill and Carlton Jobson who copped the remaining top positions at the 2014 final. Jobson also placed second in the Grace Tomato Ketchup 'Ketch di Taste' sauce competition, similar to fellow Clarendon local Leon Mitchell, who placed in both competitions in 2013. This year, as CB celebrates its 10th anniversary, with the competition now dubbed PAN-X, Sill said she believes the Pan Champion could very well come from her parish. But, they must first prove their talent at CB's first Regional for PAN-X at the UDC Car Park in Portmore this weekend.

"I'm telling you, we can win it because Clarendon people put effort in whatever they are doing. I encouraged the pan vendors in May Pen. They just have to go and do their best. Season the chicken well and pay attention to proper sanitary hygiene," Sill recommended.

The first of two scorching regional eliminations ignites on Saturday, August 22 at noon, where daring pan-chicken chefs from Kingston, St Andrew, St Catherine, Portland, St Thomas, St Mary, Clarendon and Manchester face off in a one-hour cooking competition. Fourteen spots at the Grand Final are at stake with more than $1 million in cash and prizes at the end of the line.

"For the 2015 series, we will host only two regional eliminations. This will give patrons an opportunity to 'taste the hand' of more pan men and women across the island. A winner and runner-up will then be selected, so at the Grand Final in November, 26 people will vie for the coveted title of PAN Champ," Alicia Bogues, CB Chicken and Bad Dawg Sausages brand manager, explained.

This Saturday, while the pans sizzle, attendees can enjoy a slew of activities, including the interactive Monster Milk Kiddies Village, while taking advantage of Flow Cable and Recharge Deals, financial advice and giveaways from Jamaica National, as well as stay connected with complimentary Wi-Fi, courtesy of Flow.

Along with scrumptious pan chicken available at only $300, a variety of snacks from National Bakery, members of the public can expect to feast on Copperwood Pork, Grace Foods, Rainforest Seafoods, as well as enjoy offerings from Spur Tree Spices and Diamond Foil. Of course, Pepsi and Red Stripe will keep everyone quenched.