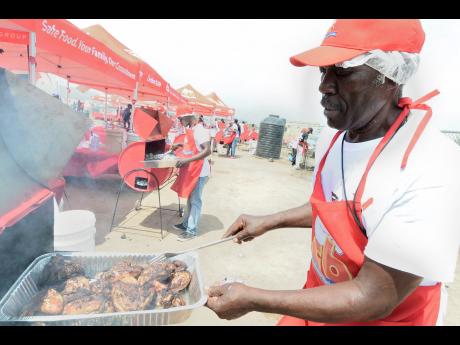 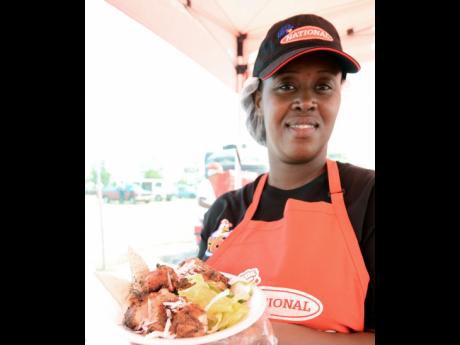 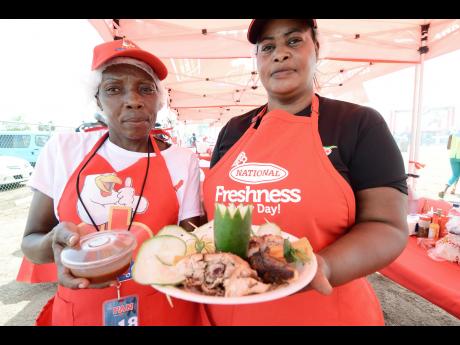 Ian Allen
Second-place winner Annette Sinclair (left) from St Mary, and her assistant, Abigail Boota, ready to present their dish to the judges, accompanied with a Spur Tree Surprise sauce. 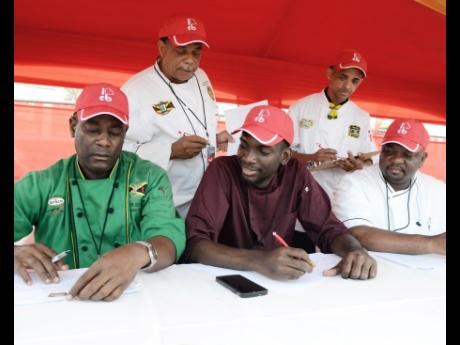 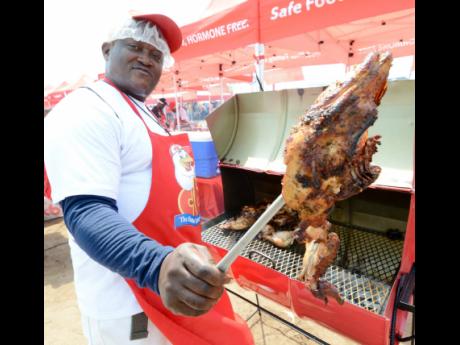 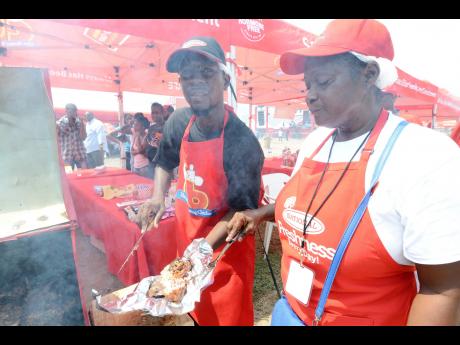 Delectable jerked chicken, kiddies' village, music and giveaways! What more could you ask for at the 10th-anniversary staging of the CB Pan-X first Region One elimination show on Saturday at the UDC Car Park in Portmore, St Catherine?

Gates were opened to patrons from noon as early birds strolled in to participate in the day's activities - LIME/Flow prize wheel trivias and Monster Milk Kiddies' Village.

By 2 p.m there were long lines at the various tents as patrons waited patiently in the pelting sun to delve into new twist of pan jerked chicken.

But the main event was deciding who had the best pan chicken, and who would emerge the winner of Grace Tomato Ketchup's Ketch di Taste sauce competition. That decision fell to a panel of judges headed by Chef Mark Cole and his team of chefs: Louis Bailey, Walcon Austin, David Kitson and Richard Pinnock.

The judges noted that some of the sauces were too thick, while others were too watery or too sweet. But Camita Munroe from Kingston and St Andrew, who got it just right, copped the first prize for best sauce. Clive Gobourne from St Mary and Lesa Dennis from St Catherine both took second place, and Tyrone Bailey from Manchester took third place.

All the first and second place winners from each parish will advance to the grand finals on November 1 on Ocean Boulevard downtown Kingston Waterfront. Region Two eliminations will be on September 26 at Dump-Up Beach, Montego Bay.