VIDEO: Hell A Top, Hell A Bottom, Halleluyah In The Middle 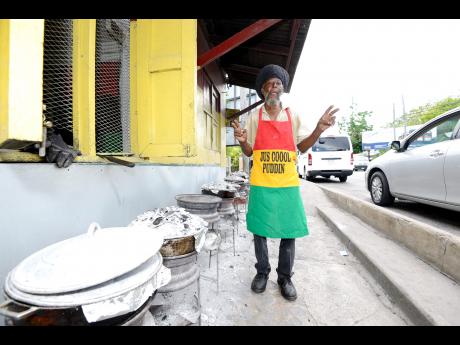 Just Coool: Edgar Wallace, aka Puddin' Man, pauses for a picture after a long day in the kitchen. 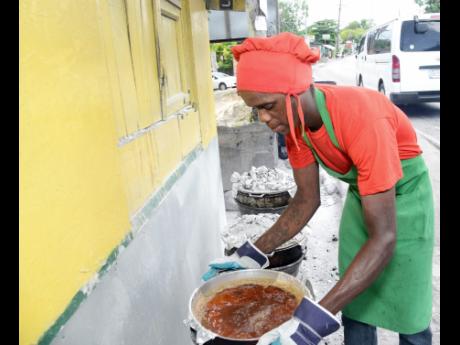 Jannoye checks on the pudding to ensure that it is being baked to perfection. 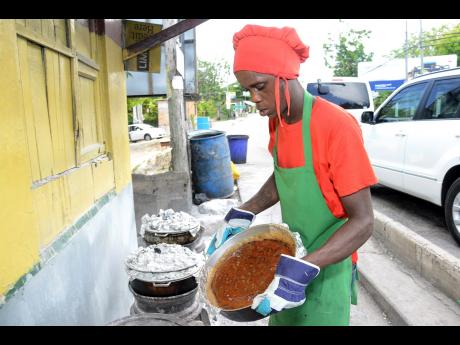 Jannoye removes the pudding from the fire to allow it to 'cool'. 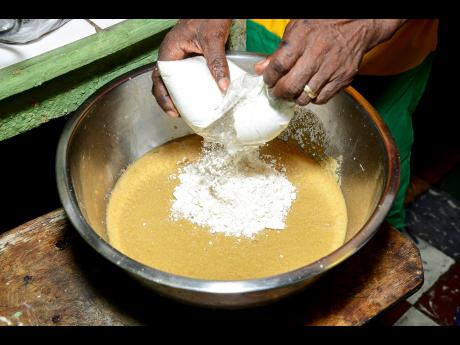 Puddin Man' prepares the batter for the potato pudding. 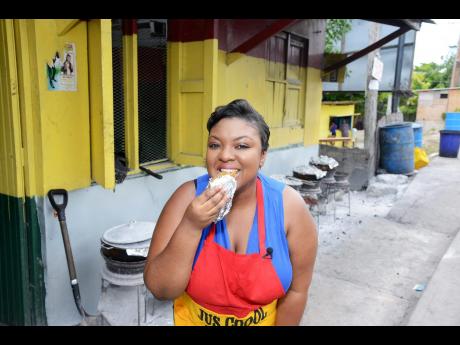 Davina takes a bite of the potato pudding she made. 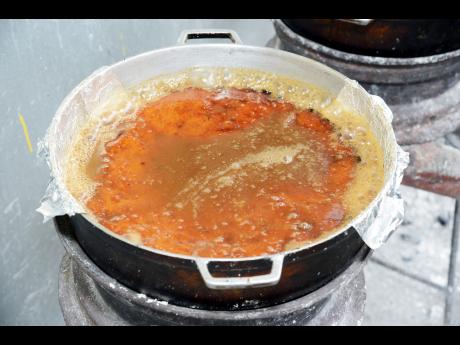 The mouth-watering view of the potato pudding. 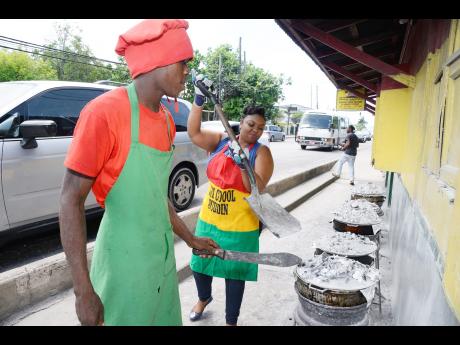 Hell a top, hell a bottom and hallelujah in the middle – Jannoye Knight instructs Davina on how to build the fire for a perfect-tasting pudding. 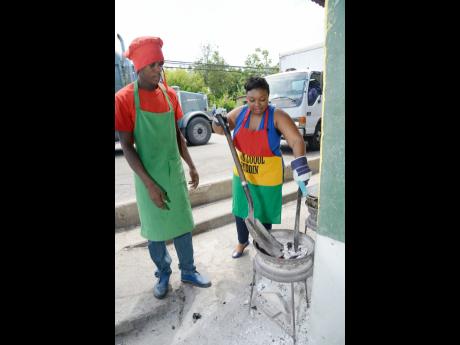 Jannoye Knight, aka John Tom, instructs Davina on how to shovel coal for the fire. 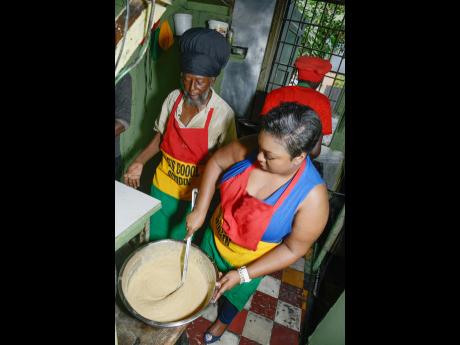 My name is Davina Henry, and I am not a fan of puddings. Yes, I know that is quite rare for a county girl like me, but still, pudding has never been my thing.

My mom is an expert at puddings, but even her clever play on words and even more exciting concoctions were never able to persuade me to actually eat a slice of pudding.

But everything changed on Friday, August 14. I was invited to host the Eat Around Jamaica feature at the 'Just Coool' location in St Ann. As a country girl, I was excited ... until I was told that I had to eat pudding.

We got to the location on Main Street, Priory, St Ann, and my eyes were immediately drawn to the coal stoves. The heat was unbearable but the aroma of the potato pudding wafting through the air was very inviting.

Then I met Edgar Wallace and I immediately liked him. He has been making puddings at this location for about 11 years, and he has refined and perfected the art. Still, I remained sceptical.

As cars, trucks, and buses bustled pass on the busy main road, Wallace explained how he got started in the business.

"I'm the only pudding man on the roadside and I get my clientele from all over the world," he told Food. "We had a lot of problems when we just started out trying to get it right, but now everything is weighed and measured. Our secret ingredient is that we do a lot of practising," he jokingly revealed.

Puddin' Man believes he has a 'sweet mouth', an ability that allows him to instantly know when something tastes right. Having assured him that I was a foodie, I told him that I too had this 'special ability'... and I was right.

Eight huge coal stoves lined the doorway of his establishment. The sweltering heat was no joke, but I was determined to stick it out and make my pudding.

He walked me through the process, which includes adding vanilla, nutmeg, cinnamon and shredded potatoes thrown into a power blender. Each ingredient had to be measured and approved by Puddin' Man. After mixing it all together by hand and tasting a 'tups' of the batter to make sure it was right, then it was time for the hard work.

I was made to shovel coal on to the coal stove, place the iron Dutch pot with blended ingredients on, and then shovel more coal on top - known more commonly to country people as 'hell a top, hell a bottom, an' hallelujah in the miggle.'

"I've lost count of how many puddings we bake per day. We just make them. People come every minute to buy, so we just continue baking throughout the day," Wallace noted.

While my pudding baked, Puddin' Man got started on his other lunch items. Though primarily known for his puddings, he has expanded to include toto, conch fritters, sprat, sliced fish, fried chicken and ackee and salt fish. In addition to his baked goods, he also operates a mini-market and grocery store.

"People really love the conch fritters. They just can't get enough. So while they wait on the food, they can do a little grocery shopping and also buy market produce. I'm just here trying to take away everything you have in your pocket," he joked.

After what felt like an eternity, my pudding was finally ready. The warm, decadent slice was enough to change my views on puddings.

Never had I experienced such mouth-watering goodness. The gooey top of the pudding was even more heavenly. Even Puddin' Man had to agree that I had a knack for making puddings. To be fair, I was not being biased simply because I had made it - the pudding was just that good. All the sweat and hard work had paid off.

I had no idea that I would be baking a pudding that day, so I was a little apprehensive as to how it would turn out. Being a 'newbie', I had batter spattered over most of my outfit, but the experience was worth it.

I had limited myself to baking cakes and cupcakes at home, so to actually see this through was quite fulfilling. I was quite happy with myself, and Puddin' Man was pleased with my effort.

I journeyed to St Ann less than a week later to once again buy a slice of pudding. Maybe I won't ever be considered a great pudding lover, but one thing is for sure - I make a great 'pudding woman'.