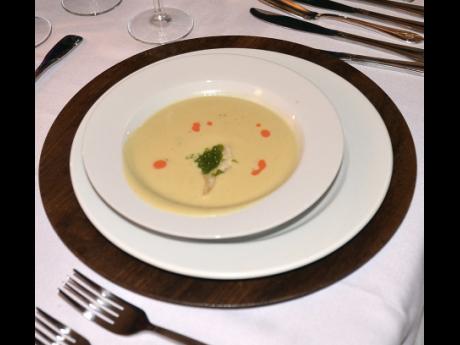 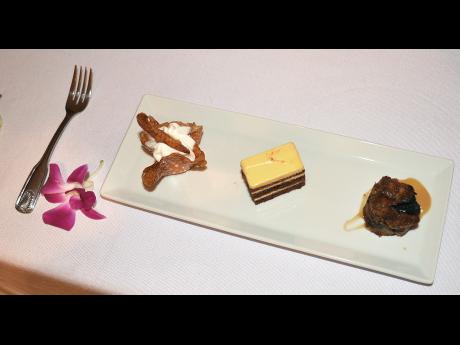 Dessert was a trio of the Caribbean: warm dark chocolate and banana bread pudding; soursop mousse with a cinnamon crisp; and passion fruit and beetroot gateaux. 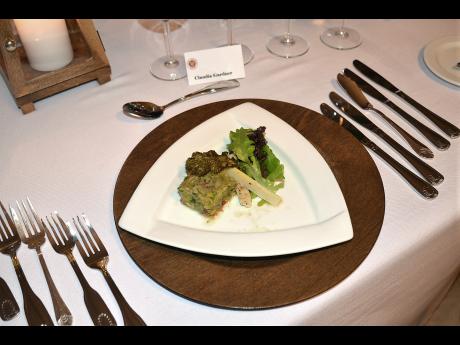 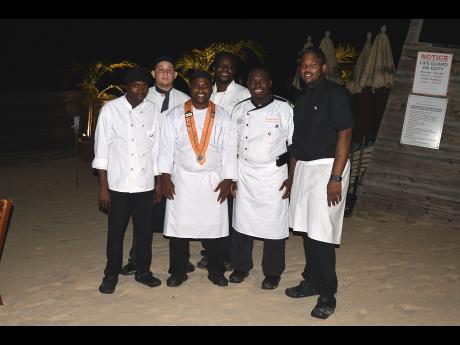 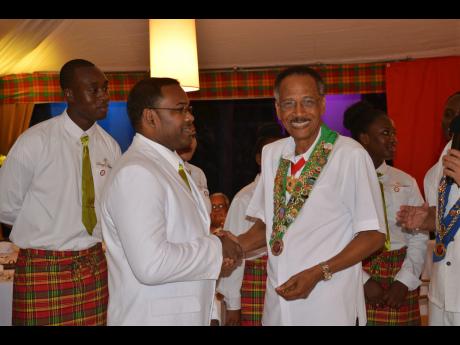 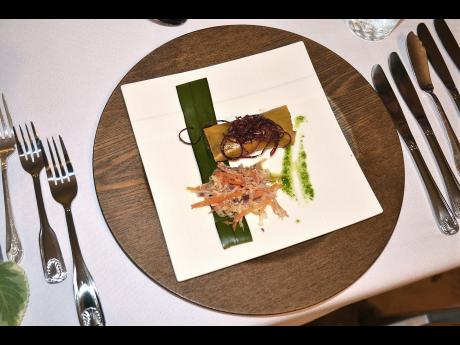 Trinidadian pastel accompanied by cornmeal stuffed with a combination of shredded beef and pork, spiced with Trini pimento peppers, capers, olives and raisins. 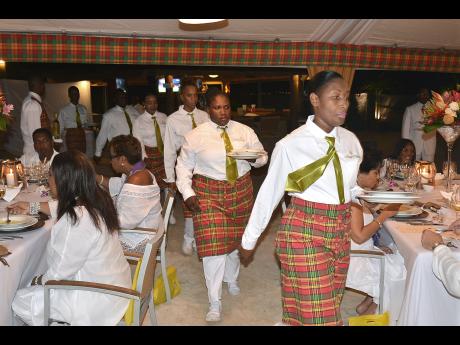 Chef RÙtisseur Karl Thomas and his team of five cooked up a delightful storm at the Exquisite Caribbean Cuisine ChaÓne Dinner, hosted at the Sandy Haven luxury hotel in Negril on Saturday night, in what many members of the Billage de Jamaique rated as the 'best ChaÓne dinner' they had ever attended.

The six-course dinner which was dubbed a mixology of Caribbean flavours by Vice-Conseiller Culinaire Pierre Battaglia opened with Jamaican ackee soup with dasheen chips topped with Scotch bonnet pepper caviar. This was followed by a salad of Vincentian Buljol, Thimbal of salted codfish, avocado, tart tomatoes dressed with olive oil, Caribbean lime juice and onions; a selection of gourmet lettuce and St Lucian-pickled heart of palm. Both were served with Mirusson Riesling California wine.

The meat course consisted of Trinidadian pastel accompanied with cornmeal stuffed with a combination of shredded beef and pork, spiced with Trini pimento peppers, capers, olives and raisins accompanied by Apothic Red California wine, while the fish course consisted of Barbadian flying fish and cocou, Trinidadian curried crab and mini dumplings, Jamaican escoveitched fish skin on snapper fillet with a bammy wafer and was completed with Sophia Rose California wine.

The palate cleanser of watermelon salad preceded a break in the dinner which allowed for the members and their guests to mingle ahead of the well-anticipated main course which consisted of Guyanese pepper pot of duck breast, oxtail and pig tail slow cooked in Amerindian casareep and native spices accompanied with seasoned yucca (cassava) and Peppoli Antinori Chianti Classico Italy.

The dinner, which was organised by owner of Sandy Haven, Antoinette Chen, was held on the beach under a large tent topped off with a 'trio of the Caribbean' consisting of warm dark chocolate and banana bread pudding, soursop mousse with cinnamon crisp and passion fruit and beetroot gateau served with MonarqVoga Moscato Italy wine.

The Billage de Jamaique is an affiliate organisation of the Chaine de Rotisseurs, the largest culinary group in the world which was established in France in 1248.