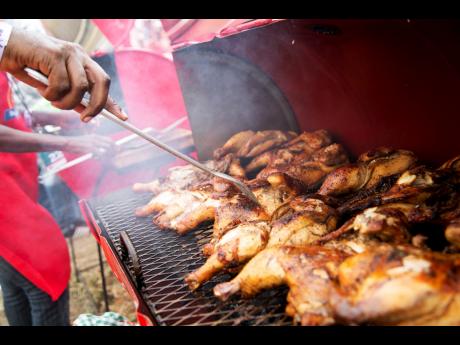 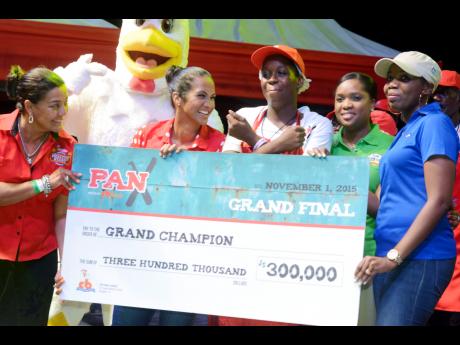 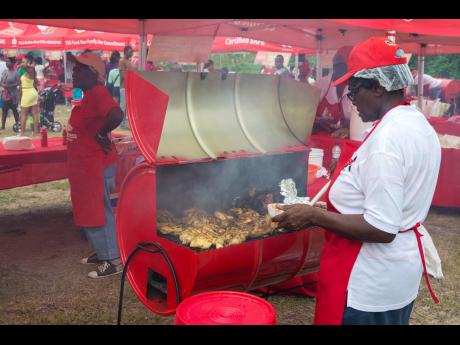 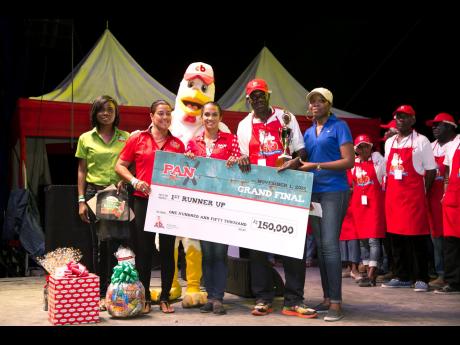 Entertainment, fireworks, fun and pan chicken galore were the order of the day at the epic culmination of the 10th-anniversary celebration of CB Foods Pan X Grand Final, at the waterfront in downtown Kingston on Sunday.

With more than $1 million in cash and prizes plus the CB Pan X championship title up for grabs, 28 of Jamaica's best pan chicken chefs went head-to-head after placing first and second at the regional elimination shows which were held across the island.

The day's festivities kicked off at noon, allowing early birds to get a taste. Attractions included the Monster Milk Kiddies' Village which included Ferris wheels and other rides. Children also had chances to win prizes with their own trivia games.

The adults had their own space to enjoy delicious jerk chicken from the competitors, while being entertained by Jenny Jenny. Dufton Shepherd joined her in steering the entertainment ship with various competitions giving patrons a chance to walk away with gift baskets, jerk pans, bags of Grace products, among other prizes.

The showdown began the moment the jerk pans were opened. The competitors had one hour to create their most delicious pan chicken and plate it attractively with a side, to be presented to the judges, along with a signature sauce.

At the end of a fun-filled day, there could only be one first-place winner, and Camita Munroe from Kingston and St Andrew showed that hard work does pay off, copping first place for both Grace Tomato Ketchup Ketch di Taste sauce competition and the 2015 CB Pan X championship title.

Munroe said she entered the competition by chance - only signing up because her sister did. Munroe, who assists her older sister, Camita, in the operation of Gipsy's CafÈ, described her victory as a wonderful experience.

The 10-year-old business' main product is pan chicken, and this she told Food she would continue.

The second-place title went to Peter Foster from Clarendon, and third place was taken by Jermaine Hayes, Trelawny parish champion.