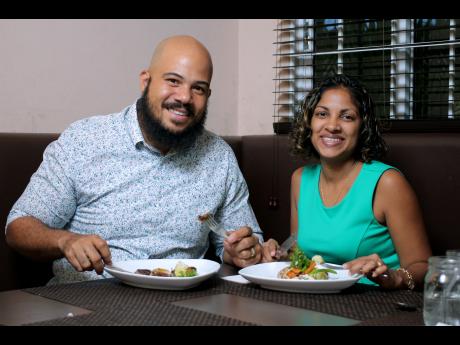 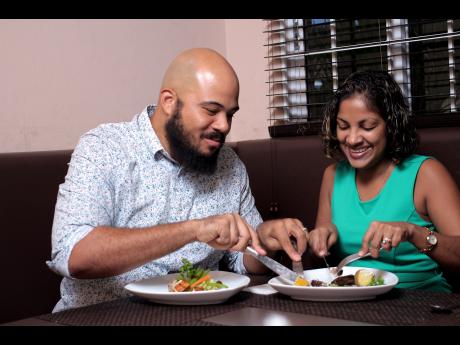 Restaurant Week Ambassador Andrew Bellamy and wife, Corrine, were in for a savoury treat when they entered the doors of Fromage Gourmet Market and Bistro. The lovebirds started their meals off right, tickling their taste buds with the likes of soup and a delectable shrimp salad.

As the evening progressed, they moved on to the beef Gorgonzola with roasted rosemary potatoes and stuffed chicken with guava cream cheese and spinach with garlic mashed potatoes.

"The beef shot!" echoed the Sleek boss, who noted that it was tender and tasty. His wife expressed that the chicken was really nice.

Bellamy shared similar sentiments when he decided to help himself to Corrine's plate. And like a true gentleman, he gave way for his wife to engage in the indulgence of his plate. They quite fancied the quaint ambience of the bistro, which they said took them on a unique journey to France and back. They also appreciated the great customer service extended to them by the accommo-dating staff and managers. They look forward to revisiting during the Gleaner-sponsored Restaurant Week.