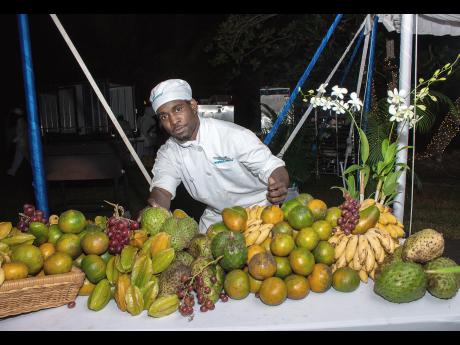 An array of local fruits displayed by Levaughn Brown. 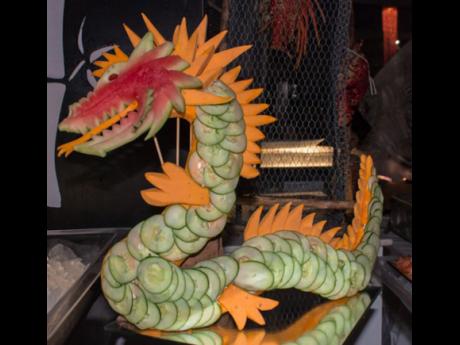 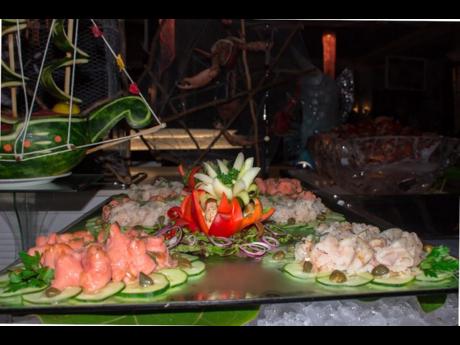 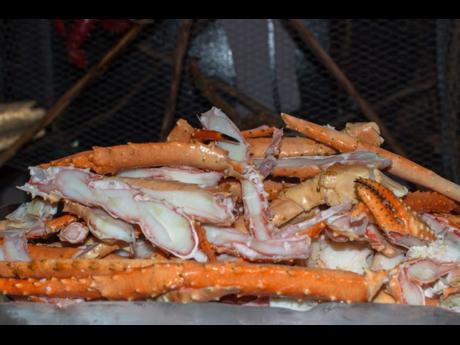 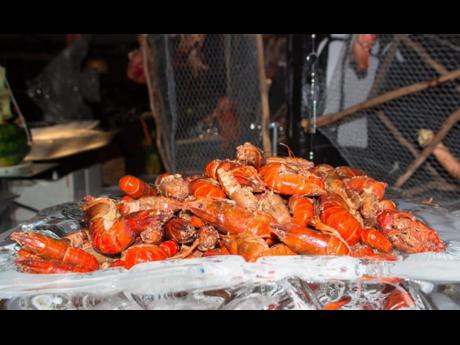 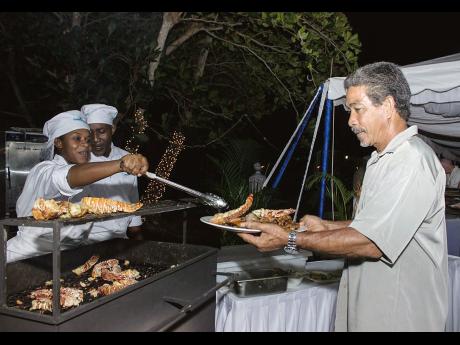 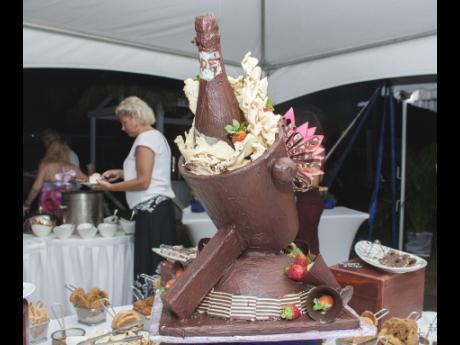 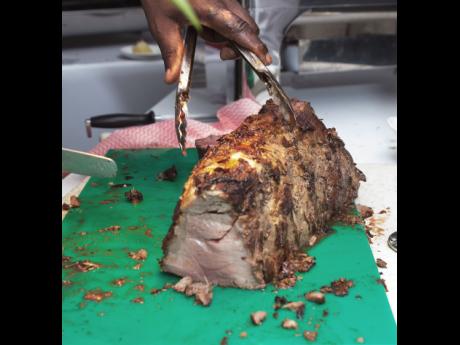 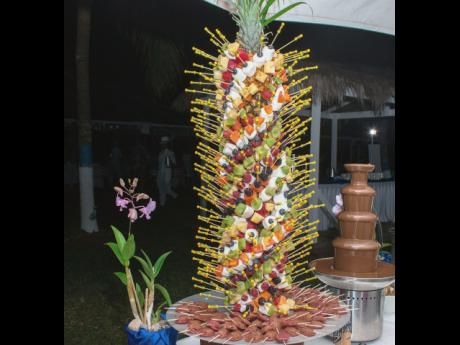 When you are hosting two major celebratory events back to back and you need not one but two spreads fit for royalty, you need the best team. The Couples Resorts chain has that in the form of Group Corporate Executive Chef Stefan Spat and the teams he leads at Couples Sans Souci and Couples Tower Isle: Morice Lewis, executive chef for Sans Souci; Valentine McKenzie, executive chef for Tower Isle; and Linval Green, regional pastry chef.

On the weekend, the Ocho Rios-based hotels celebrated their 10th and 38th anniversary, respectively, and the food at both events was finger-licking good.

The gastronomic fest kicked off on Friday night at the baby of the two - Sans Souci - for the grand Sans Souci en FÍte.

Appetites were tantalised at the cocktail party on the main lawn. There was salmon, peppercorn shaved roast beef, smoked pork on roasted breadfruit, lion fish, and dedicated stations for oyster, crab, shrimp, sushi, scallop, and much more.

But that was just the beginning. After cocktails, guests were directed to the resort's expansive lily pond field for the main event.

There was an antipasti station, a live salad station, and a hot-pot station that included rosemary-garlic stuffed roasted leg of lamb, roasted pork-loin stuffed with raisins, and local spiced roast beef strip loin at the carving station. There was an Asian station; a whole roasted suckling pig, and a Caribbean station serving up stewed oxtail and beans, curried goat, and roast pork. The Caribbean station was a welcome addition and a guest favourite showcasing unadulterated Caribbean and Jamaican food.

The dessert spread was decadent and extensive, giving diners a perfect end to their feast.

feast for the ages

Saturday night's 38th anniversary celebrations of Couples Tower Isle was another home run. It began with cocktails on the roof of the patio restaurant overlooking the Caribbean sea and the beautifully decorated pool deck area below.

Guests were greeted with a refreshing Love Spell cocktail, setting the mood for the night. Libations of varying persuasions flowed as guests chit-chatted while munching on lobster spring rolls or something from the sushi station.