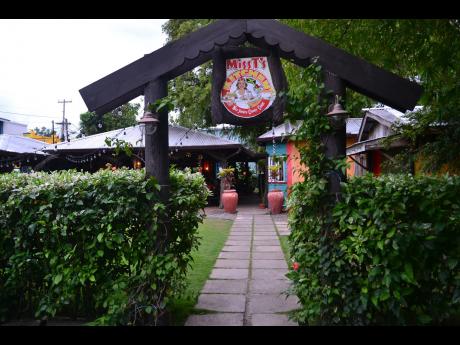 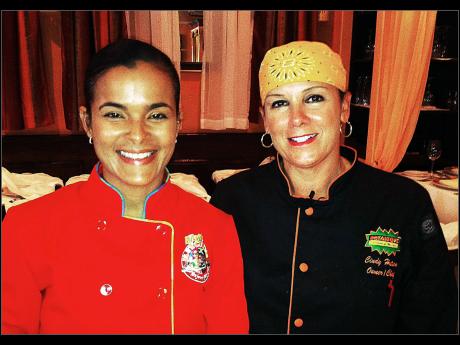 Jamaica, and Ocho Rios in particular, has been getting a lot of attention recently from American reality TV shows.

The shooting of episodes of The Real Housewives of Atlanta in Ocho Rios had hardly ended before The Bachelor came calling to do the same.

The episode of The Bachelor, which features reggae band Live Wyya, was aired last week and clips have since been making the rounds on social media.

A common element in both The Bachelor and Housewives episodes is that both feature scenes shot at Miss T's Kitchen, located at Main Street, Ocho Rios.

For Anna-Kay Tomlinson, owner of Miss T's Kitchen, this kind of exposure gives a major boost to her restaurant and its menu of authentic Jamaican cuisine.

"It was a wonderful feeling, especially knowing they were doing not just Miss T's but other places in Jamaica; and that's really my love to see our country get promoted in every way," Tomlinson told Food.

A lot of the scenes for The Bachelor were shot at Sandals Royal Plantation and Ochi Beach Resort, while the 'stars' also enjoyed rafting down the Martha Brae River, dipping in the pools at YS Falls in St Elizabeth, and releasing baby sea turtles at Golden Seas beach in Oracabessa.

Tomlinson said the experience with Housewives was amazing.

"The Real Housewives of Atlanta were here and they did a shoot and they really got everybody involved; they were amazing. They got the waitress involved, the bar people, the kitchen people, and it really boosted everybody's ego and gave everybody a great feeling. Yeah, it was good," Tomlinson said.

She said that even after shooting at the restaurant had ended, the crew members continued to come back to Miss T's to eat.

Then came The Bachelor. This crew was a little bit more independent, Tomlinson said, but the experience was wonderful, nevertheless.

So what exactly did the bachelor Ben and his companion have while at Miss T's?

"What I prepared was chicken breast fillet stuffed with callaloo, with creamy white wine sauce, and gungo rice and peas (for Lauren)," Tomlinson revealed.

Ben had escoveitched fish fillet with rice and peas and a medley of steamed vegetables with garlic and herbs.