Chabad of Jamaica celebrates the Passover 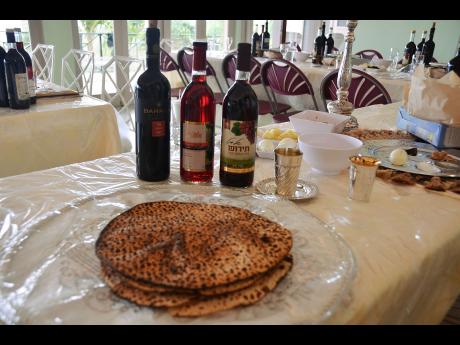 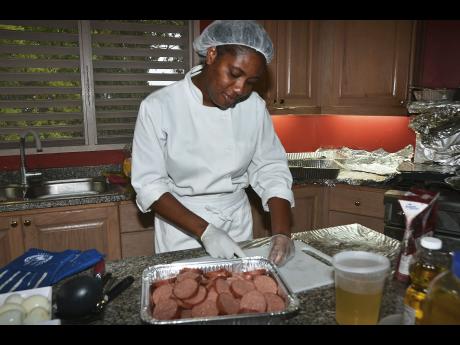 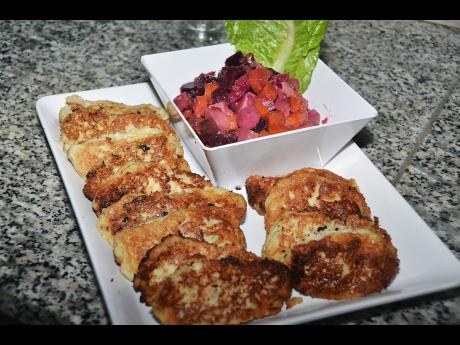 Gefilte fish fried and served with stewed apples. This is a traditional dish that Jews eat for Shabbat and other holidays. 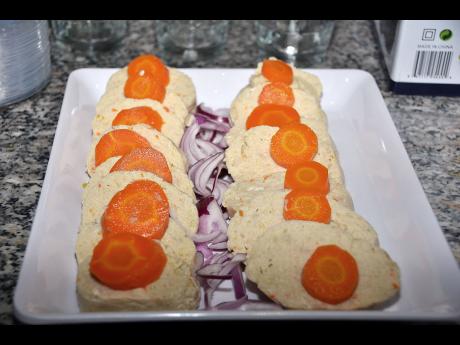 The gefilte fish – a Jewish dish made from a poached mixture of ground deboned whitefish served at the Chabad Jamaica Passover dinner last Friday night in Rose Hall, St James. 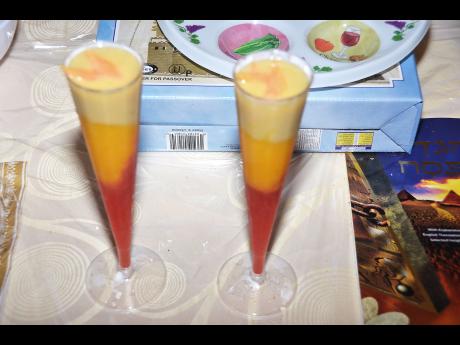 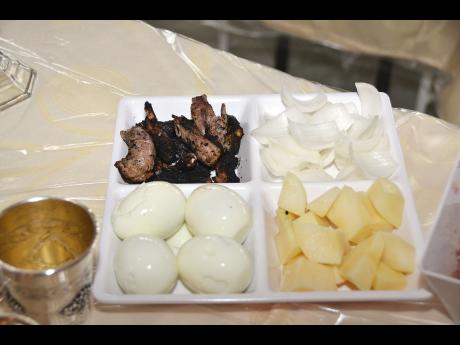 The hard-boiled eggs in this dish represents the holiday offering brought in the days of the holy temple. There are also onions, potato and chicken. 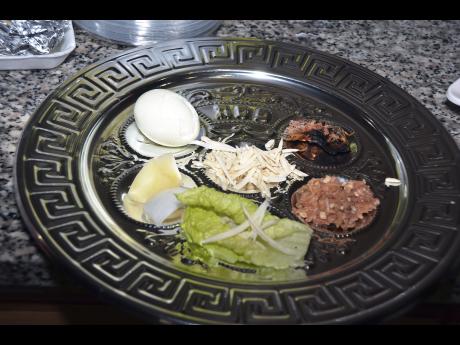 The Seder Plate. Every item on the Seder plate has a meaning. 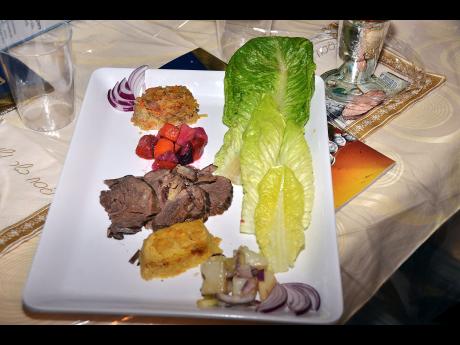 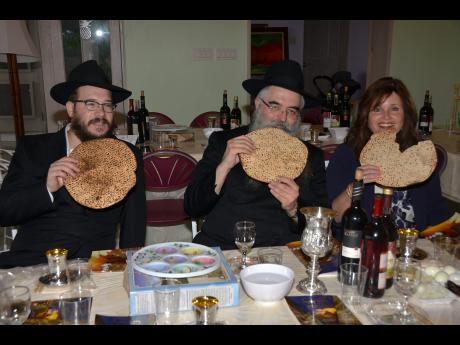 Re-enacting the way of life of the Jews thousands of years ago, while relieving themselves of the bondage of slavery, Chabad of Jamaica transcended time and space at their Passover Seder last Friday night in Montego Bay.

As fabulous and spectacular as the view was from the Rose Hall villa that the Jewish family rented for their dinner with 45 guests, it was the lost art of storytelling, verbal expressions and savouring of a feast that highlighted the evening.

For the Jews who were slaves to Pharaoh for over 210 years, according to the Hebrew calendar, Friday, April 22, during the Month of Nissan, was to be celebrated as the day God took the Jewish people out of slavery. "This is the holiday of freedom," declared Rabbi Yaakov Raskin, director and founder of Chabad of Jamaica.

Operating the only kosher take-out service on the island, Rabbi Raskin and his father-in-law, Rabbi Zushe Wilhelm, his mother-in-law, Ester Wilhelm, and his wife nurtured their bodies and souls, drinking some of the finest Israeli wines, including Barkhan Merlot and the semi-sweet Kidus Yayin.

With well-defined roles, the group broke handmade Shmurah Matzah (Passover bread) and bitter herbs. The Jews were in the middle of making bread when they were told to leave Egypt, and so as a result, the bread did not rise. "Its significance is humility and a stark reminder of how we must remain humble," Rabbi Wilhelm tells Food.

As sweet as the freedom from Pharaoh was, the bitter herbs represent their cries. "We must remember the bitter times when we were slaves," he explained.

Rabbi Raskin and his team say they also eat a lot of onions and lettuce, as well as many other foods representing slavery and freedom. For example, when the Jews left Egypt, they were commanded to take a lamb and slaughter the animal in a humane way.

"In memory of that moment, we use chicken, but we really don't eat it," he said.

Another sacrifice is the egg. When someone dies, the first meal the persons in mourning eats is an egg.

Enjoying every moment of the Passover, the Jews will also never sit up straight like a slave. "We recline towards the left side, just like kings used to do, while eating." In addition, every child around the table is allowed to ask four questions during dinner.

"Grandparents, parents, children, uncles and aunts will all sit around the table and practise the lost art of storytelling and verbal expression, just as our ancestors have done for thousands of years," the Rabbi explained.

The evening was punctuated with singing, hugs and laughter. "Just like the millions of parents and grandparents all over the world, we teased and took pride in our little angels," he stated.

For the Jews, the Passover feast is not just a meal, but a display of their history.