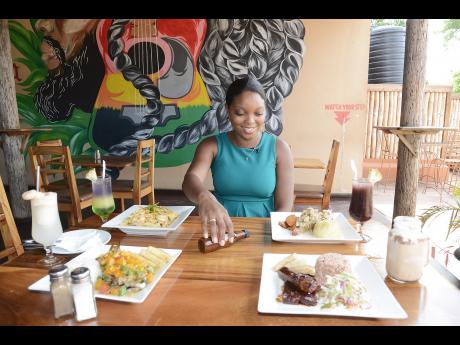 Gladstone Taylor
Oh! where to start. Randy Bowman spins the bottle to decide which dish to start on first. 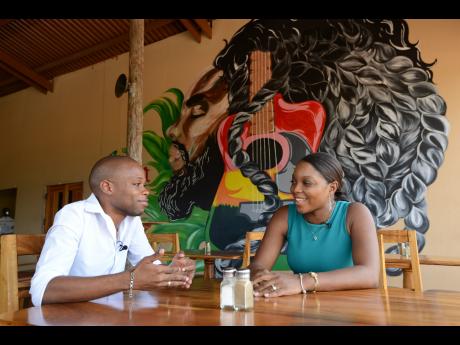 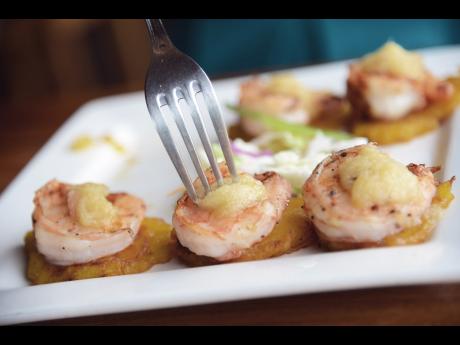 Gladstone Taylor
The Cajun grilled shrimp were finished in a flash. 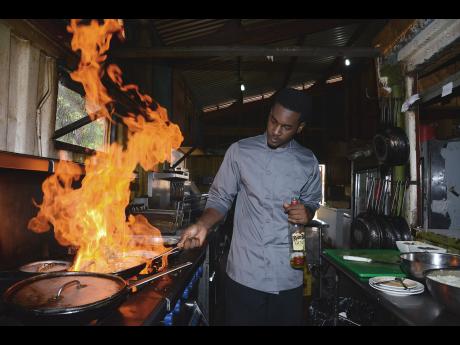 Gladstone Taylor
Sous Chef Shawn Thomas turning up the heat in the kitchen. 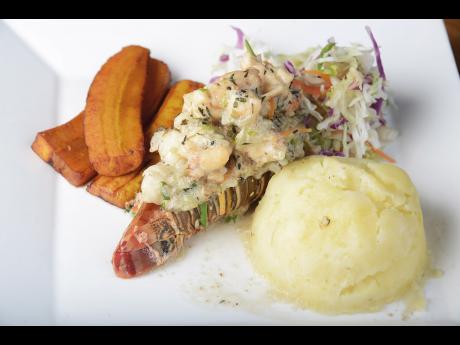 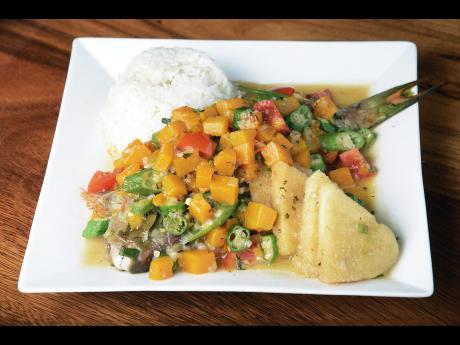 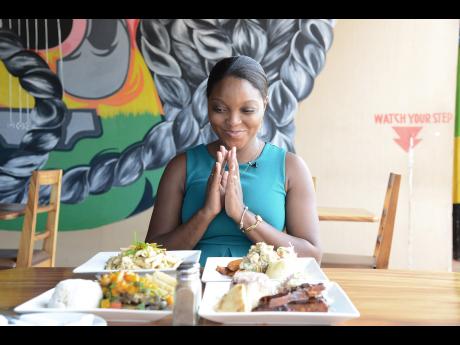 Gladstone Taylor
As ‘pleased as puss’, Randy Bowman gets ready to dig in. 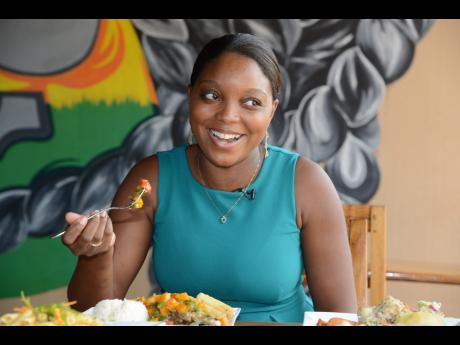 Gladstone Taylor
No complaints over here. Randy Bowman thoroughly enjoying everything in front of her.
1
2
3
4
5
6
7
8

The parish of St Catherine conjures up images of old world charm. A parish filled with monumental landmarks, it is also known for one of Jamaica's most popular fishing village - Old Harbour.

Local resident Adrian Samuda, longed for a chill spot close to home. After adequate research and enough capital, he opened the doors of the now popular hot spot Kaluga Kafe. Within months the name was hot on everyone's lips, and when Eat Around Jamaica visited, it was obvious.

With an authentic local ambience, Kuluga is located just on the outskirts of the hustle and bustle of the town. Bragging that all the decorative elements used in the cafe were made on the rock, Samuda gave the EAJ team a quick tour followed promptly by the extensive menu.

If you know me, I am usually the first one to rush off to lunch,, and so by this, I was ready and raring to go. The warm and inviting presence of the staff made my four-dish request a breeze and were quick to assist with the beverages that would perfectly complement each dish.

Finger-licking good! I had them in a flash and was now even more excited about the entree. Yes! I ordered four and even after the first course I was just as hungry as before.

To say the aroma of the dishes were breathtaking would be an understatement. I stayed to the back of the cafe close to the kitchen to enjoy the cool breeze as I chatted with Samuda. And every time the kitchen door opened it was as if my nose got a refill.

As the chef walked out with a smile almost as bright as mine, the gastronomical fluids in my stomach danced in joy. It was time for the feast. Chicken and shrimp Alfredo pasta, comfort food at its best. Jamaican styled steam fish prepared the Old Harbour way! Coconut ginger lobster lobster flamed with coconut rum and finished with coconut cream. Apple mint BBQ spare ribs I thoroughly enjoyed them all! And the mixed drinks? I almost ran out of tummy space by the third drink, but alas, I made room!