'The Art of Cooking' with Chef Selwyn Richards 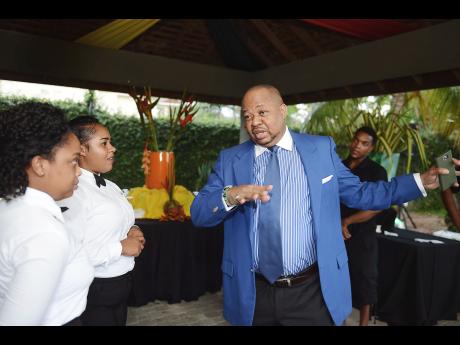 Contributed Photo
Chef Selwyn Richards in conversation with a group of HEART Trainees. 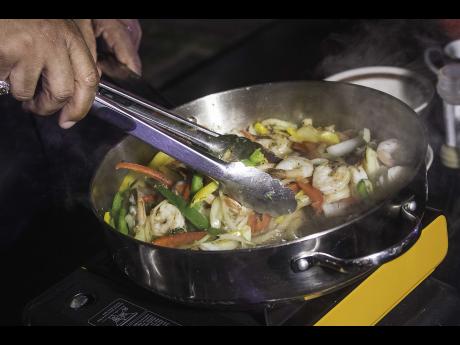 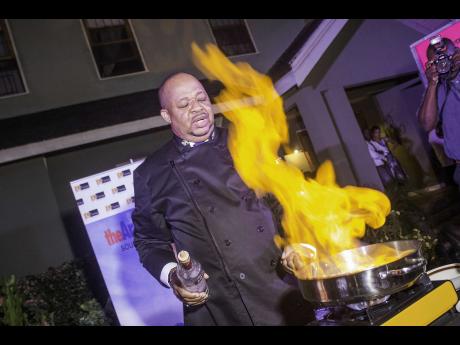 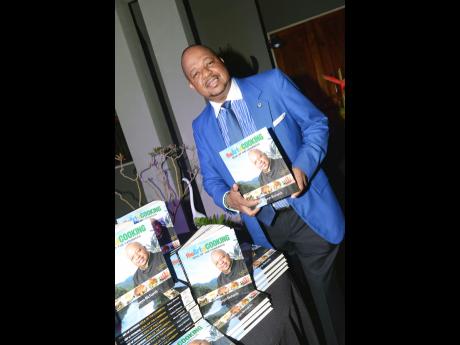 Contributed Photo
Chef Selwyn Richards poses for the cameras with his new cookbook. 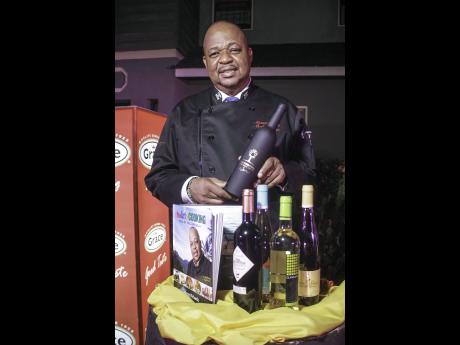 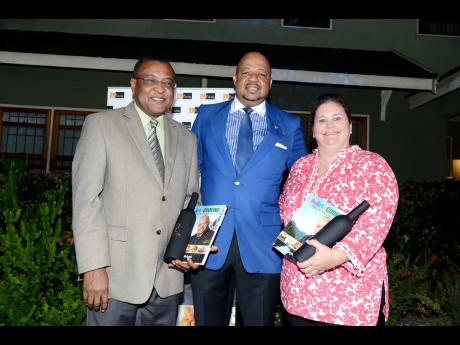 Last Thursday, more than 200 specially invited guests gathered at the Inn in Barbican to experience tantalising treats from Chef Selwyn Richards brand new cookbook - The Art of Cooking: Soul of The Caribbean. It was a magical evening of great food, fine wines and refreshing Caribbean entertainment.

Colleen Pigeon, charge d'affaires at the Canadian High Commission, spoke of the long-standing trade relationship between Canada and Jamaica over the years. This long-standing relationship was most prominent in Canada trading codfish from Newfoundland to Jamaica in exchange for unprocessed rum. The trade was so significant between both countries that codfish (salt fish) became an integral part of the Jamaican national dish - ackee and codfish (salt fish) - and Canada used Jamaica rum for 'screeching' visitors to Newfoundland, thereby making them honorary Newfoundlanders.

Director of Tourism Paul Pennicook, representing Minster of Tourism Edmund Bartlett, spoke of the minister's passion, which is gastronomy tourism, as tourists usually "travel for their passion".

It is Richard's desire to give back to his home country, Jamaica, by imparting his culinary skills and knowledge which he has honed while living in Canada, and has expressed his interest in working with the HEART/NTA to provide culinary fusion workshops for their students.

"The Caribbean, especially Jamaica, produces some of the most exotic fruits, vegetables and spices in the world. Caribbean cuisine is now trending globally, and I see myself as a pioneer in exposing this culinary fusion. My vision is to move it from the styrofoam containers to a formal dining experience," Richards noted.

The Art of Cooking: Soul of the Caribbean evokes umami-memories, nostalgia and good times, along with the classic recipes. Richards also shares his thoughts on food as well as a melange of mouth-watering dishes from many Caribbean islands.

Part proceeds from the sale of the cookbook will go to the Possibility Programme for at-risk boys in Jamaica.