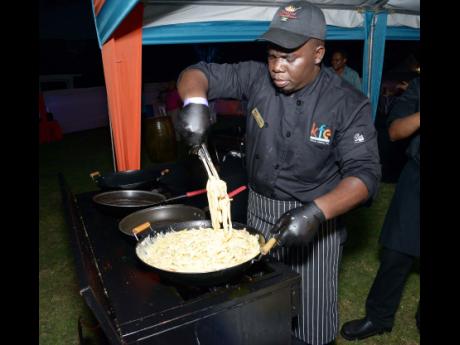 Ian Allen
Chef Charles Groves hard at work as he adds his personal touch to the yummy Mexican cheddar Alfredo with jerked sausage and jalapeno pepper. 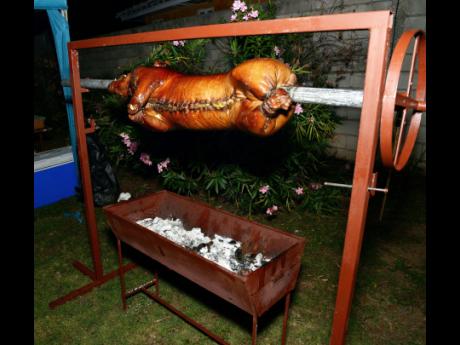 Ian Allen
Straight from the pit. This whole pig is ready to be devoured. 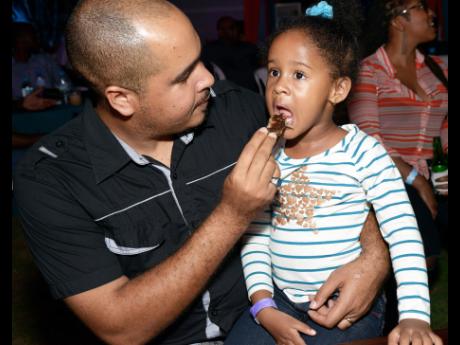 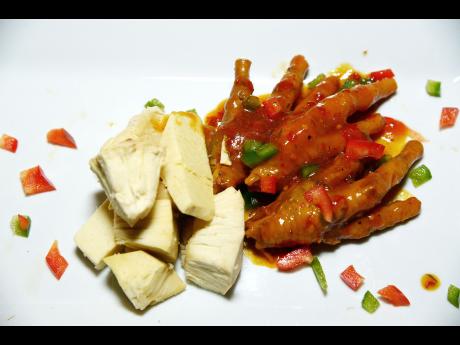 Ian Allen
This 'peppa steppas' spicy chicken foot in sauce with pieces of roast breadfruit tastes even better than it looks. 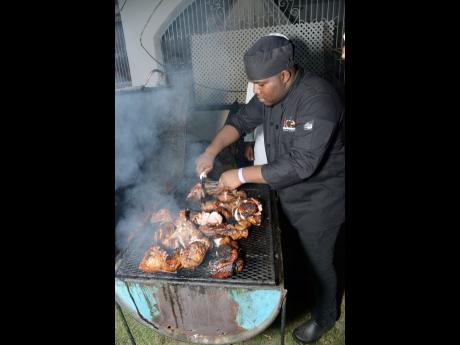 Ian Allen
Chef Romaine Messam using the smoking grill as his canvas and like a artist at work he prepared a delightfully delicious jerked chicken. 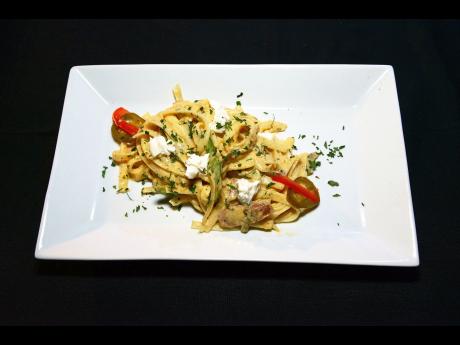 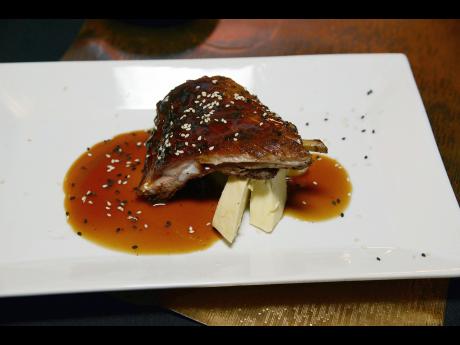 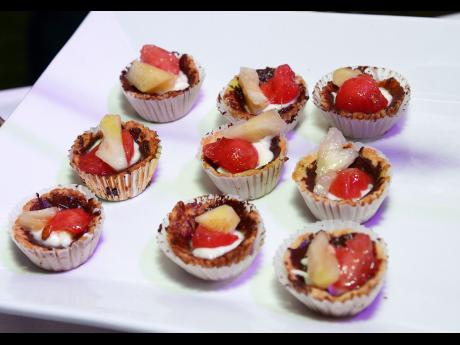 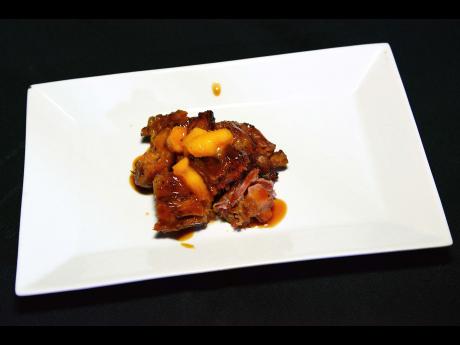 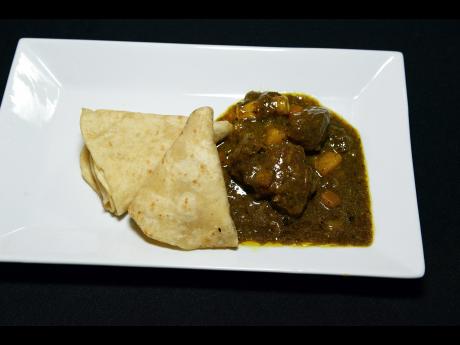 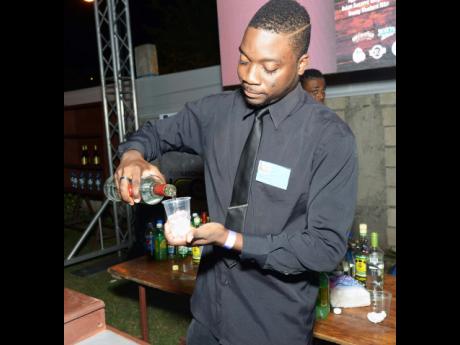 Ian Allen
How can there be a rum fiesta without the'spirits'? Bartender Orane Edwards pours the good stuff. 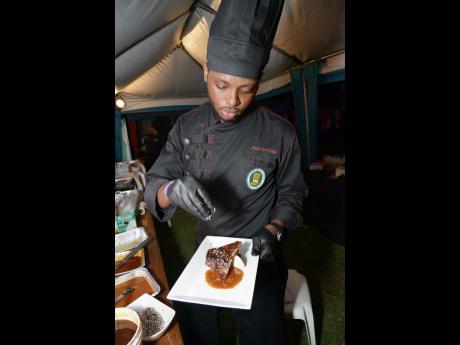 There was no better way to kick-start last weekend than in foodies' paradise with the savoury and sweet indulgence of great food, good vibe and high spirits at Rib, Roast, Rum and More.

Last Friday night, friends, families and food lovers entered the Grillin' Pit at the corner of Argyle Road and Musgrave Avenue, in St Andrew, where they were greeted by the tempting aroma from food stations and grills. In photo: Conceptualiser Ike Francis and his daughter Tzy-Amirah indulges in the succulent taste of KFE's short ribs- Ian Allen

Knott Francis Eventures (KFE) created a feast with a wide array of savoury dishes that had taste buds jumping for joy. From the soup station that had mannish water and seafood chowder to the grills that caged the smoky, sticky tamarind jerked pork and KFE signature jerked chicken, patrons had more than their fair share of the all-you-can-eat backyard barbecue.

Seafood lovers could enjoy the 'Off Di Border', which boasted roast fish, pineapple escoveitched fish and pimento cream cheese canapÈ. Those who craved a little seafood with a fusion of the jerk flavour, could indulge in the pasta station that had Mexican cheddar Alfredo with jerked sausage and jalapeno pepper, and seafood fettacini Alfredo. In photo: Straight from the pit. This whole pig is ready to be devoured. Ian Allen.

In addition to the tasty options, there was a well-stocked bar where patrons could sip on Smirnoff and Appleton libations alongside beers and a variety of juices. On the sweeter side, Dreika's Delight pleasured the sweet tooth with caramel tiramisu, nutty banana bread, and mini tarts coated with chocolate and loaded with cream and fruits. Patrons could also enjoy a variety of flavours of Kremi's icecream. All in all, Rib, Roast, Rum and More was the ultimate BBQ backyard experience. According to conceptualiser and director of KFE, Ike Francis, it was a great feeling to see people still supporting the event after five years.

"This turnout has to be one of the best not just in bodies, but interaction among patrons. Our objective from the get-go was to promote a lyme with a backyard BBQ feel. We wanted to create a space where people could bring a friend and interact with people they have never met before. It was great to overhear someone say, 'the last time I saw you was at the last Rib, Roast and Rum'. I'm also grateful to see more families coming out," he told Food.