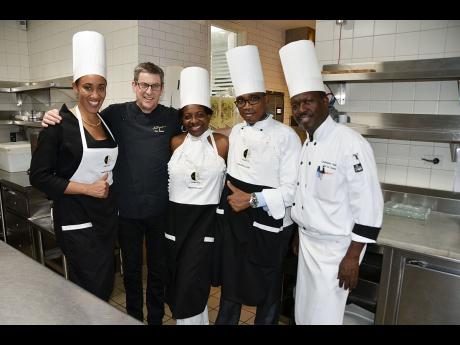 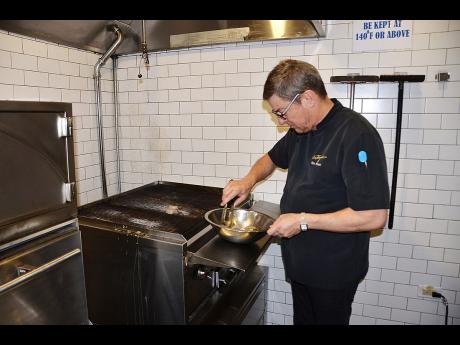 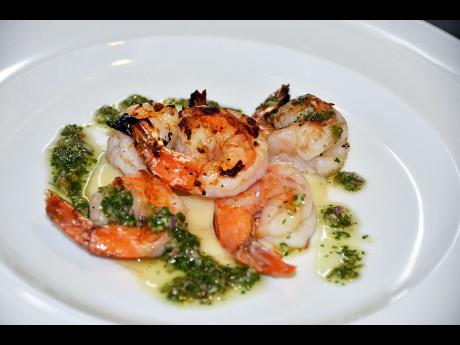 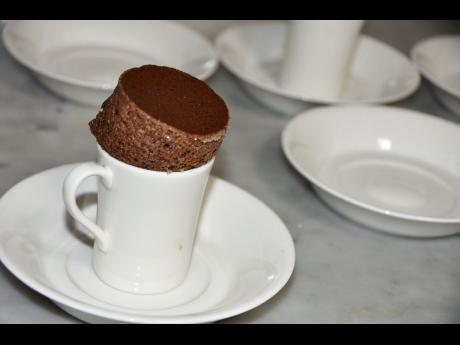 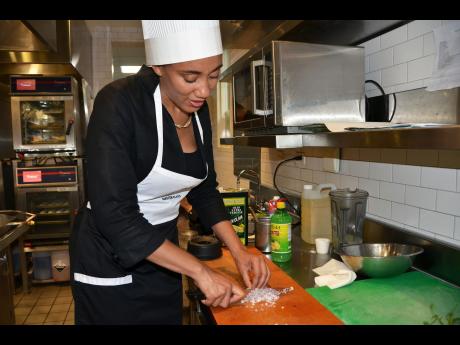 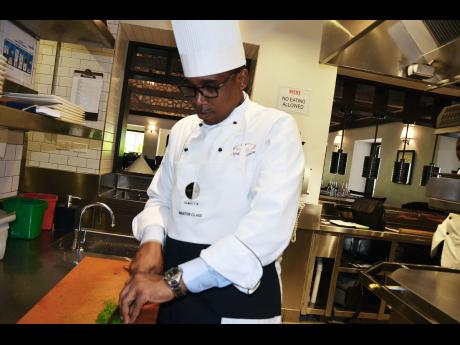 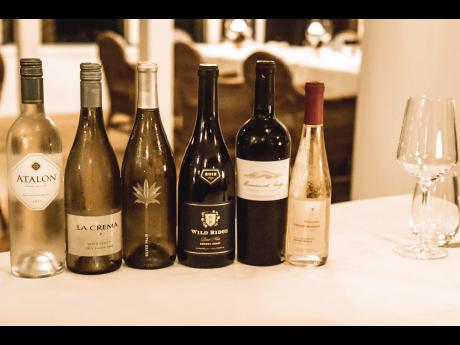 Contributed
Napa Valley wines have really made an impression on the world scene. 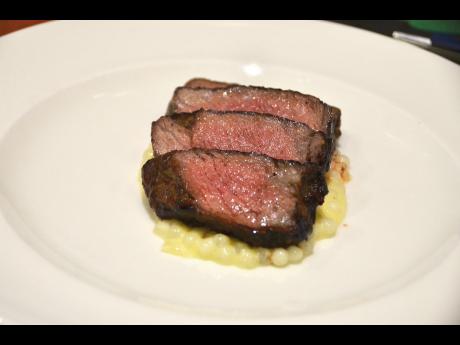 This is how you make very good steak. 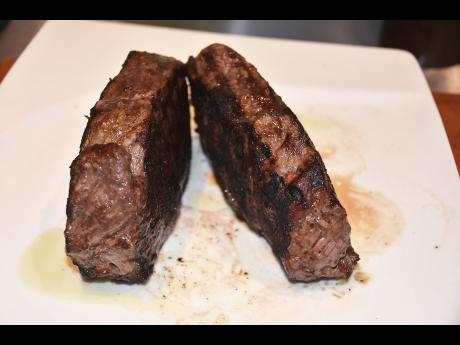 It is not often that I am fortunate enough to sit at the feet of master chefs or share the same kitchen with food aficionados who have mastered the art of cooking a very good steak.

As a food writer, I am the first to admit that I live far from my kitchen. I know great food; and I'm capable of deciphering good from bad, but I really don’t have the time to cook.

So, when the foodies at Half Moon invited me to cook with two-star Michelin chef Ken Frank from Napa, California, in their 'Mercedes Benz kitchen', I jumped at the opportunity to don an apron, with the inscription, ‘Master Chef on Tour’.

Along with consultant at the new Spanish Court Montego Bay, Dayna Campbell, and executive chef, Christopher Channer, we drank the full-bodied Robert Mondavi Cabernet Sauvignon, peeled shrimp, watched the fruition of a sweet garlic puree, learnt about the intricacies of a good capioca; an impressive dessert called souffle and what it really takes to make a very good steak.

In photo: Napa Valley wines have really made an impression on the world scene.

As a wine lover I will start with the wines. Napa Valley gets the highest score from me, because it is a new world appellation that influences my taste buds. Since the 1976 Paris tasting, Napa Valley has literally influenced the rest of the world.

The renowned executive chef, Frank, who operates the award-winning La Toque Restaurant in Los Angeles, California, pointed out during our class that a tool you find in every good kitchen is a Vitamix, used for emulsifying sauces and making traditional purees.
Having emulsified our sweet garlic veloute in a small sauce pan, covered with milk and bought to a simmer, repeating five times, and blending after the fifth, with just enough milk to give it a velvety smooth consistency, we were off with a shrimp that titillated the appetite and prompted the inner core to ask for more.


A very straightforward Chardonnay was paired with this meal. Not too much oak, flavours of apple, pear and a little citrus, it was simply marvellous with the seafood.
“It’s a wine with some discipline. It’s very clean,” explained Frank, who is obviously a connoisseur of no mean order.
It would be remiss of me to not mention that the sauce verte is unusually delicious.
However, like I mentioned earlier, I learnt how to cook, not just any steak, but a very good steak.

In photo: This is how you make very good steak.

We started with a thick cut steak to serve at least two. With a thick steak you can have it all, a nice tasty sear on the outside and big fat juicy pink centre on every slice. You simply cannot achieve this with a scrawny steak, Frank emphasised.

If possible, let the steak warm to room temperature, before you cook it. The less heat you have to “push” into the meat, the better.
Ignore all advice about lean or “healthy” meat, Frank warned us. “There are plenty of low-fat opportunities in life; steak is not one of them. Marbling (fat) is your friend - the key to tenderness and flavour.”

The only seasoning necessary is salt and pepper. Use plenty, and season the meat just as you start to cook it, not before. If you salt it too early, it will start to 'cure' and draw moisture from the meat. Never marinate a piece of meat unless you want it to taste like salad dressing. Cooking a soggy marinated piece of meat is a fool’s errand. It will not sear and seal correctly, Frank warned.

For perfect flavour, sear the meat on all sides over very high heat until a dark rich brown colour; avoid char unless you really like the burnt bitter flavour that comes with it. You can cook it in a pan with a little oil, or on a really hot grill. Unless you have a really hot grill with a good, heavy grate, stick to the pan. BBQ grills with thin wire grates will never produce a good sear. Do not squirt water on your embers to reduce flare-ups; move the meat around to avoid direct prolonged flame contact. To that end, don’t try to cook too many steaks on too small a grill.

In photo: Make sure your steak rest before cutting.-Janet Silvera

Rest. The single biggest factor in a perfect tender juicy piece of meat, from single steak to a 25-pound turkey, is rest. Once you have a good understanding of this concept and a little practise, you will nail meat every time. After searing the steak heavily on all sides, if we were to slice it immediately, we would see that the outside was hot, grey and well done, while the centre is dark red, nearly raw. It would be tough and juice would run all over the cutting board. If allowed to rest, standing on edge so it doesn’t continue to stew in its’ own juices, the temperature of the meat will even out from the edge to the centre, said Frank.