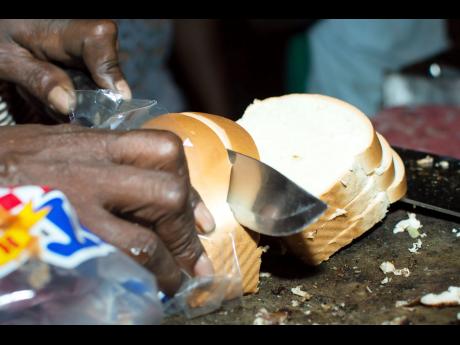 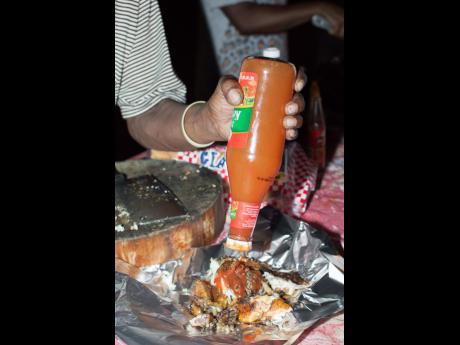 Shorn Hector
The icing on top for pan chicken – ketchup. 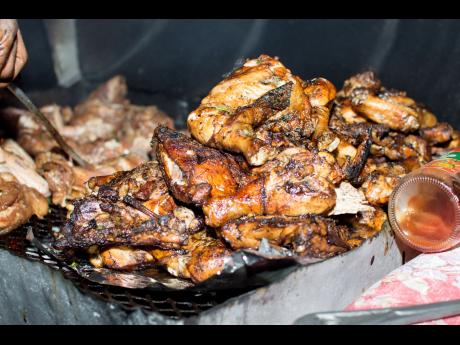 Shorn Hector
A mountain of scrumptious jerked chicken ready to be served. 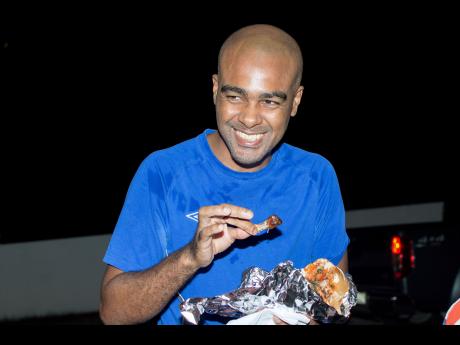 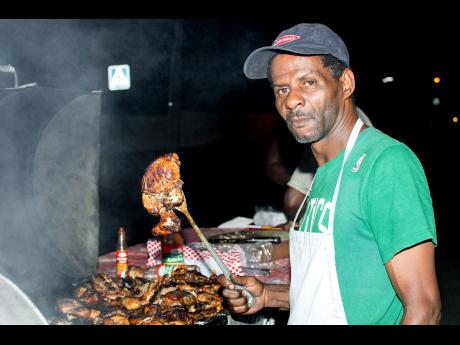 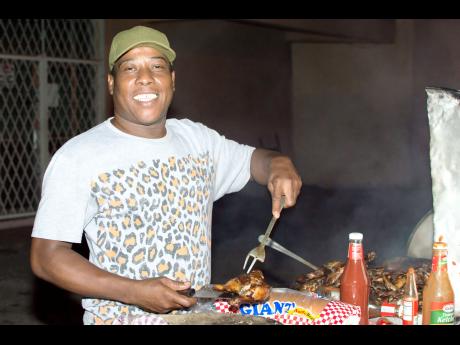 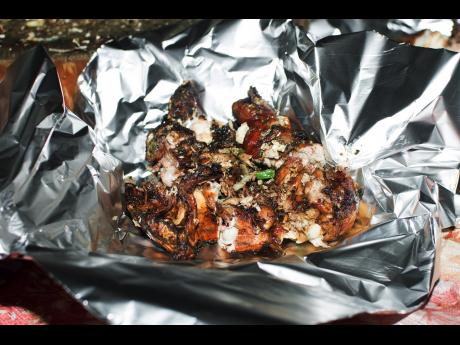 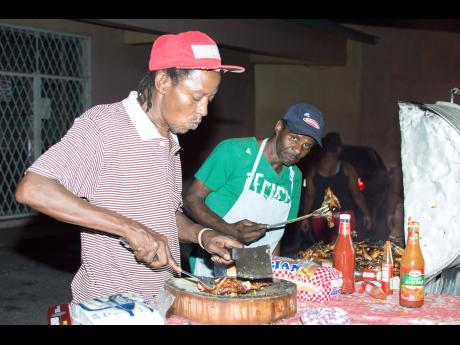 Street Eatz is back to add a little spice to your life. This time around, we journeyed to a popular roadside stop on Red Hills Road in St Andrew for some real 'yardie' flavour.

Jamaica is synonymous with good food, and one of the most famous savoury staples here in 'Jamrock' is none other than jerked chicken. Now, as far as pan chicken goes, the very best around town can only be found at Shaggy's on Red Hills Road.

Oliver Henry, better known to everyone as Shaggy, has been providing mouth-watering jerked chicken at the same spot for over 30 years. Jerked chicken, he says, is easier to handle and much easier to prepare than, say, jerked pork. And from a health standpoint, he revealed that people love chicken because it is the best thing to eat at night you can be sure that is due to the grilling, preparing it the healthy way.

The chicken is well-seasoned and marinated from the day before to seal in all the flavour. The team of chefs, which comprises himself, Donald Smith, known to many as 'Sticky', and Andrew Joseph, known as 'Dovie', who as early as dusk can be seen lighting the pan and fire, which doesn't go out until all the chicken is sold 3 to 4 a.m., sometimes even later.

Scores of eager foodies escape the hectic evening traffic to grab a bite for dinner, or for a delicious nightcap after being out on the town. "I have a loyal fan base of genuine customers that will buy from me throughout the week. They have created a drive-through service, a very orderly one, where they get to purchase the chicken from the comfort of their cars, while others park up nearby and walk to the pan to buy their chicken," Shaggy told Food.

He continued, "It can get very busy, but the crowd is patient. Some will stand and have conversations with each other, or others will return to their car to relax. Drinks are also available for purchase."

Jerked chicken is served by the quarter, half, three-quarters or whole, but their main seller is the quarter. Leg and thigh or breast and wing, you're given the option of pepper or ketchup, or both, with two slices of hard dough bread. And the taste is out of this world! As so many love to say, "You just can't go wrong with Shaggy."

The proof is in every juicy bite, but don't take my word for it, make that discovery yourself and savour the flavour at Shaggy's today -: your taste buds will thank you for it!