Chefs on Show: A Foodie’s Paradise 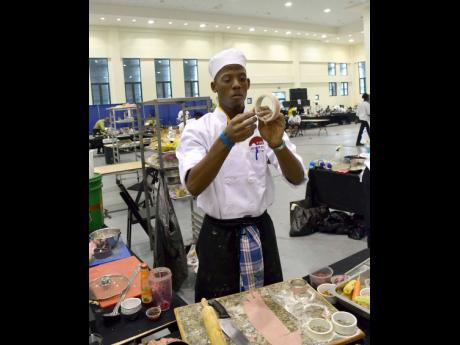 Contributed
Chef Stephaun Farquharson is in deep concentration as he prepares his meal. 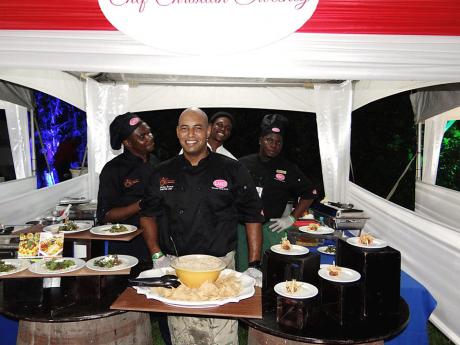 Contributed
Ready for the main event - Chefs on Show
1
2

Savoury and sweet dishes and great company in a cozy atmosphere: that's exactly what you can expect from the Culinary Federation of Jamaica's (CFJ) Chefs on Show for 2018.

According to the CFJ, Chefs on Show has been in existence since 1993, and boasts, "The best chefs and culinary teams unite to learn, demonstrate their skills and provide the general public with a scintillating exhibition of the most savoury and delectable treats on the islands."

Created by chefs Mark Cole and David Kittson, the annual event provides a palatable platform through which sponsors, well-wishers, industry personnel and family members, can support the national culinary team on their journey to the Taste of the Caribbean competition, held in Miami each year.

Here's some tasty insight for you: Taste of the Caribbean has been described as the region's premier culinary competition with over a dozen Caribbean nations competing for coveted titles, medals and special awards. And because Jamaica dominates in displaying superb culinary technique and unearthing exciting flavours, it should come as no surprise that our local team has often topped the winning scale, walking away with several of the offered prizes, including Chef of the Year.

This year's Chefs on Show, scheduled for tomorrow (April 27), will feature an array of renowned chefs who have volunteered their time to support the team.

So, since tomorrow is officially dubbed Foodie Friday, head on over to The Jamaica Pegasus, show your support and bask in the decadent delights of the long-awaited culinary affair, Chefs on Show: your taste buds will certainly thank you.