Frozen to your delight 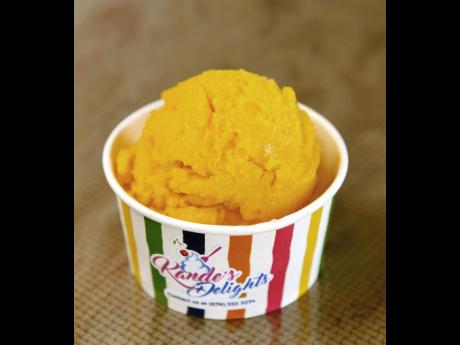 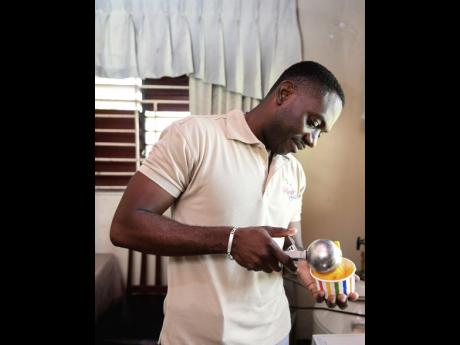 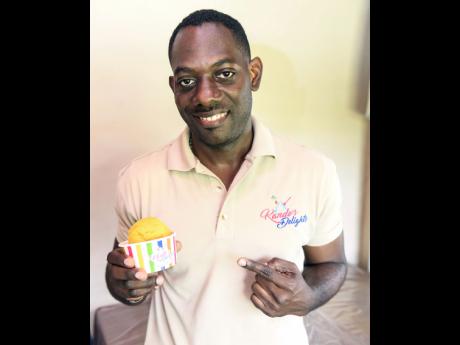 Kande Delights, the brainchild of Kevin Deans, will work its sweetness to your heart with ice cream that can be prepared right before your eyes.

Deans saw the opportunity to jump in the market with premium ice cream when his friend from Trinidad told him about their coconut ice cream. Fascinated by the process, Deans tried it several times, grating and juicing the coconut for the authentic flavour until he got his friend's stamp of approval. The rest became history.

He was exposed to flash freezing on a visit overseas and he incorporated that into his business. Flash freezing gives patrons a chance to see the ice cream prepared right before their eyes, which heightens the anticipation of this sweet treat that is most desirable. After only three years in the business, Deans has evolved from doing just dairy ice cream to now sorbet and non-dairy ice cream.

He decided to step out of the box not sticking to the popular soy ice cream but, instead, using coconut milk as the alternative for the cow's milk. It is a unique choice, and flavourful. Jamaicans love the flavour and he admitted that some of his personal favourites comes from the non-dairy menu. He wanted to try something more exciting and he feels like the mission was accomplished with this one.

Well supported by friends, they have helped him develop flavours; like Lorraine Fong with the Passionate Fire Sorbet.

"Chef Lorraine Fong told me that I should try passion fruit and pepper and I did. It has that fruity, sweet taste and then lingers on your palate, and then the pepper gives you a little surprise at the end," he told FOOD. The sorbets are made with natural fruit and have no artificial colours. The mango sorbet especially is a hit, made with either East Indian or Bombay mangoes.

As it pertains to friendly inspiration, it continues to influence his ice cream, as it was one of his friends', Jerry Benzwick who insisted that Deans developed his own version of the Rocky Road. He did, filling the ice cream with a variety of nuts, chocolate and marshmallows for a heart-filling treat. Deans went as far as to name the favour Jerry Benzwick Rocky Road. It is amongst the customers' favourite, which also includes the pistachio and Raspberry Ripple, as well as the exotic bacon cream that includes bits of bacon in the ice cream itself.

Thus far, he has no problem with the business, experiencing steady growth with the help of Jamaica Business Development Corporation.

He mentions that currently, he offers a 24/7 delivery service for a customer in the Kingston, Metropolitan Area.